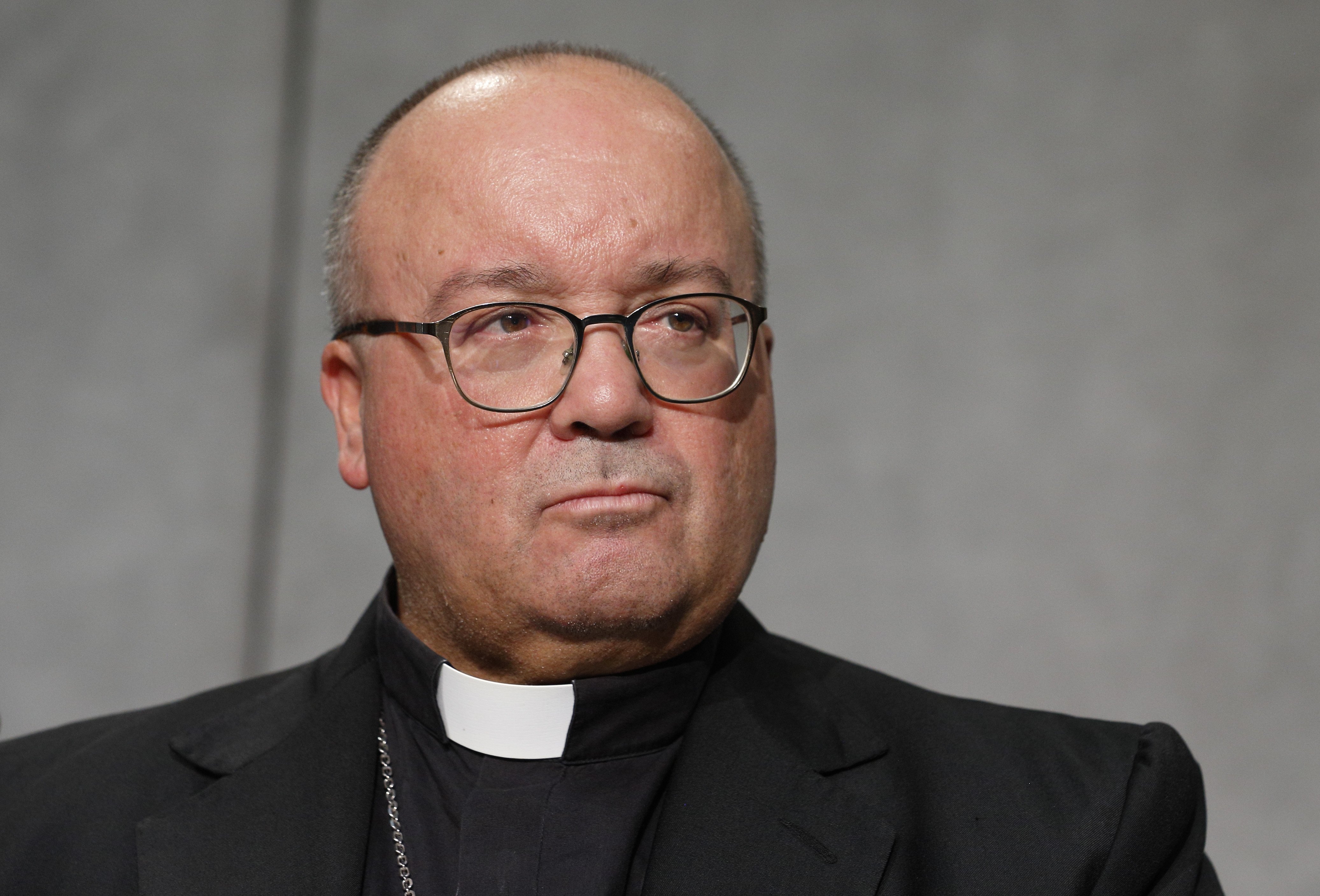 Archbishop Charles Scicluna of Malta attends a news conference at the Vatican in this Oct. 8, 2018, file photo (CNS photo/Paul Haring)

Archbishop Charles Scicluna of Malta issued a formal warning against a controversial local priest who posted a homophobic remark on Facebook.

In a statement released Jan. 6, the Archdiocese of Malta confirmed that Archbishop Scicluna issued the warning, known as a penal precept, against Father David Muscat, ordering him "to cease making inflammatory and hurtful comments in public forums or face prohibition from exercising his ministry in public."

"The archbishop instructed Father David Muscat to delete a Facebook post, in which the priest claimed that being gay was worse than being possessed, and not to use insulting or hurtful language against any group or individual," the archdiocese said.

Furthermore, the statement said Archbishop Sciculuna reminded the priest that "in accordance with Catholic teaching, members of the clergy are required to show respect, compassion and sensitivity to people from all walks of life."

According to the Times of Malta, the homophobic social media post was reported to authorities by the Malta Gay Rights Movement, prompting police to interrogate Father Muscat for suspected hate speech crimes.

In 2019, Father Muscat was also criticized for alleged anti-migrant statements and for likening the influx of immigrants to the country as "an invasion."

In a televised homily Jan. 6, Archbishop Scicluna said he was "shocked" by Father Muscat's recent post and apologized "on behalf of the church to all those who were hurt by these harsh words, and their mothers and fathers who also feel betrayed by the church they love."

"These were not words of love but stones thrown by a heart that has to learn to love more, as Jesus did. God loves you for who you are. Those who say they love God, but hate their brother, are liars," the archbishop said, according to the Times of Malta.