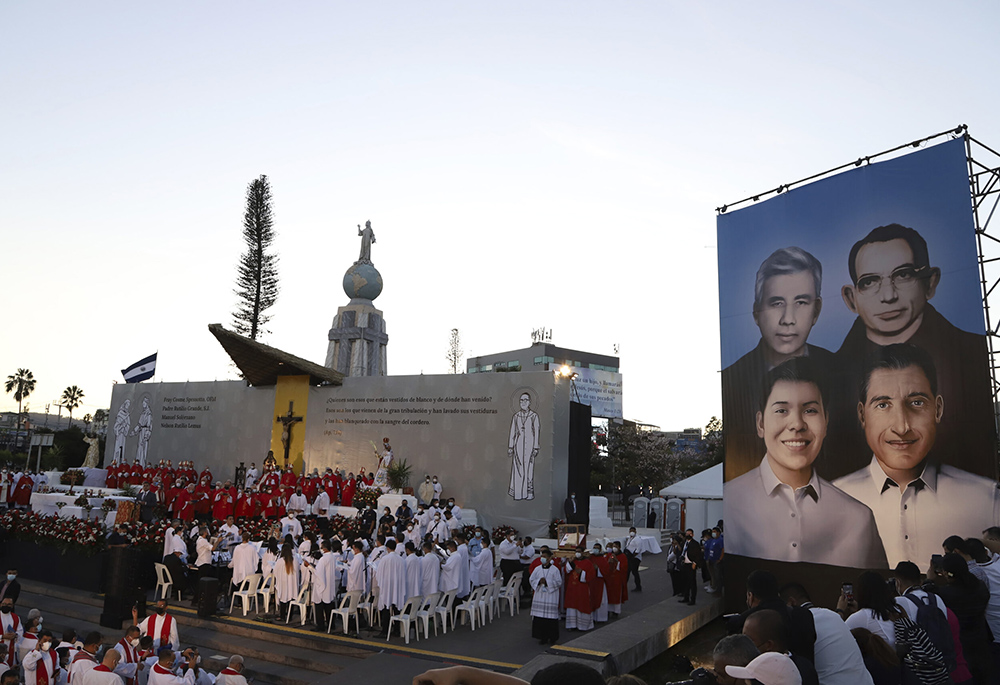 NCR presents this article by Alejandra Molina in English. The Spanish version is here.

Forty-five years after a right-wing death squad gunned down the Rev. Rutilio Grande along with two Catholic laymen, Manuel Solórzano and Nelson Lemus, in El Salvador, Jesús Aguilar still vividly remembers the sadness and dread of that day.

But as the sun went down on March 12, 1977, Aguilar also remembers thinking life was about to get a lot more difficult.

"It was a moment of complete sadness, not just because of their deaths, but you could foresee a situation of persecution much more complicated than what was happening at the moment, " said Aguilar, 65. He remembers rushing the few blocks from his home in Aguilares to the church and seeing the bodies near the altar.

Aguilar recently relived his memories of that day when he traveled in January to El Salvador from his Los Angeles home for the beatification of Grande, Solórzano, Lemus and the Rev. Cosme Spessotto, an Italian friar shot dead by Salvadoran soldiers in 1980 as he prayed in his parish church. The ceremony represents the first step toward sainthood for the men, who were proclaimed martyrs last year, paving the way for their beatification without miracles being attributed to their intercession. 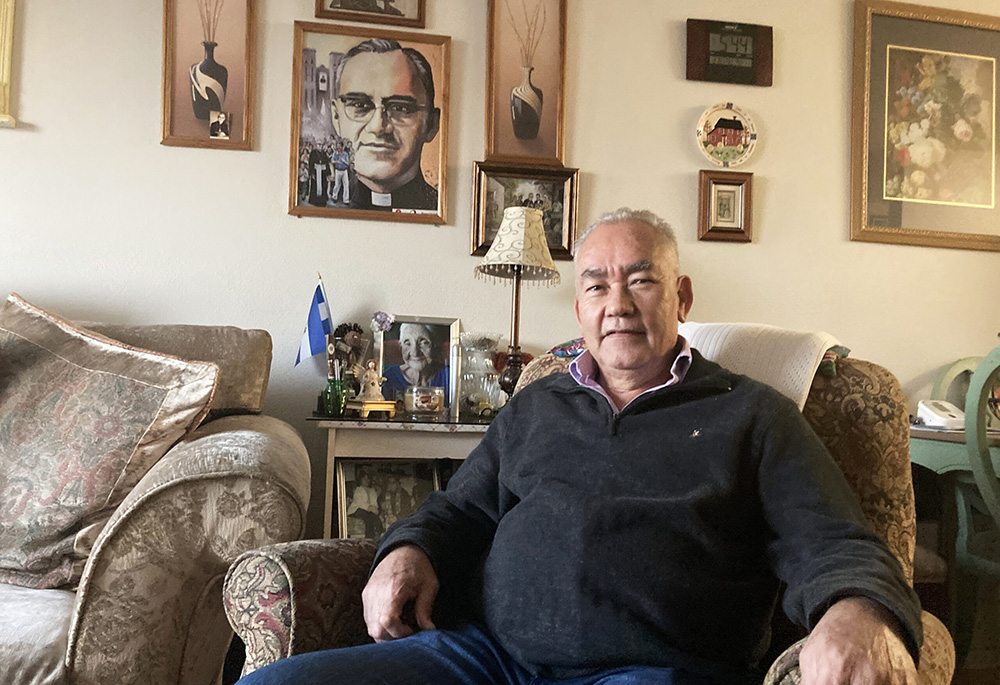 Jesús Aguilar, 65, sits for a portrait in his Los Angeles home, in front of an image of St. Oscar Romero. (RNS photo/Alejandra Molina)

"On one hand, I felt happy about the beatification because it was a way to recognize how committed the church was to its communities," Aguilar said. "But at the same time, it was a moment where bad memories resurfaced."

Salvadorans in the United States hope the beatifications will inspire the church to honor the memory of Grande and Spessotto by focusing on the poor and marginalized as they did. Some also see the four as stand-ins for the 75,000 Salvadorans who died at the hands of government forces during their country's 12-year civil war. About 20 priests, four nuns and hundreds of catechists were killed during the conflict, according to Vatican News. About half a million Salvadorans fled to the U.S. in the 1980s.

"This recognition is the validation of the suffering we experienced," said Amanda Romero who migrated from El Salvador in the early 1980s. 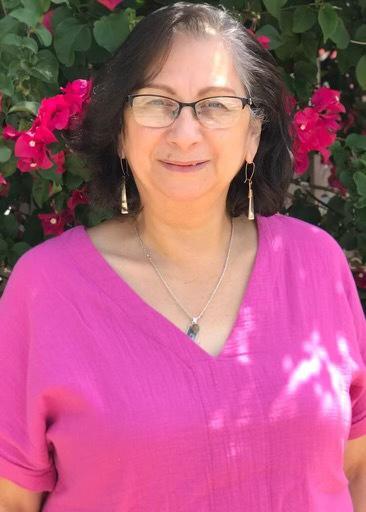 In El Salvador, Romero was immersed in Catholic church life, inspired by then-Archbishop Oscar Romero, a bold critic of the country's dictatorship. Being young and a Catholic "was a motive for persecution," she said. When Oscar Romero (no relation to Amanda) was assassinated in 1980, the violence of the '70s shifted into full-scale civil war. Romero, fearing for her life, fled to the U.S. soon afterward.

Many like Romero already regard the four martyred men as saints even if the church hasn't officially recognized them as such. Through their martyrdom, she said, "people outside El Salvador were able to learn of the level of violence and repression in El Salvador." She recalled the U.S. churches, of several denominations, that sheltered and advocated for Central American migrants as part of the sanctuary movement. This history of faith and martyrdom inspired Amanda Romero to be of service to immigrant families and unaccompanied minors.

Grande, who was born in a small town in El Salvador in 1928, is revered for organizing the poor, making enemies of landowners who found his ministry threatening as he formed local Christian base communities and equipped laypeople as pastoral agents. His Jesuit formation took him to Quito, Ecuador; Panama; and Spain. As a priest, he worked hard to ensure that the teachings of the Second Vatican Council, which called on Catholics to care for the marginalized, were accepted by the Salvadoran church.

These messages were thought as political by the military, the wealthy elite and conservative bishops who decided against advancing the social teachings of the Second Vatican Council.

St. Oscar Romero — a close friend of Grande's who was made a saint in 2018 — was deeply impacted by Grande's murder, igniting his opposition to the government.

At the Jan. 22 beatification, celebrated outdoors, attendees held portraits of the four martyrs, and relics of Grande and Spessotto, including a white handkerchief stained with blood that Grande carried on the day he was killed, were on display.

Cardinal Gregorio Rosa Chávez, a friend of Oscar Romero's and the first Salvadoran to be elevated to cardinal, presided over the ceremony. The four martyrs, he said, "give name to all the innocent victims sacrificed on the altars of power, pleasure and money." 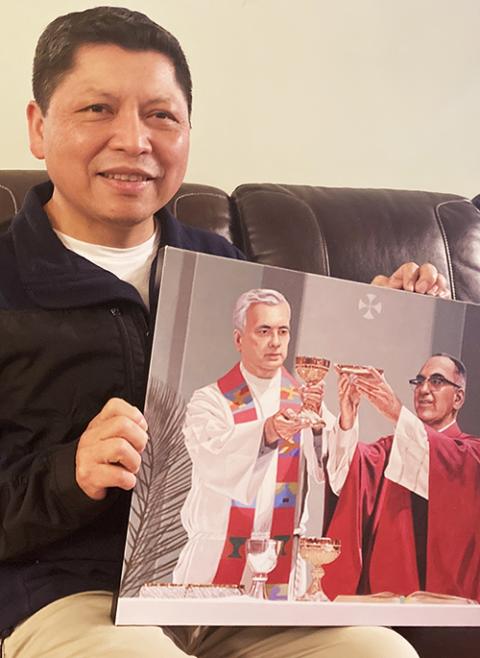 José Ortiz, 53, holds an image of the Rev. Rutilio Grande and St. Oscar Romero March 8 at his Los Angeles home while sitting for a portrait. (RNS photo/Alejandra Molina)

Chávez challenged the church to wake up: "We are a church of martyrdom, but we are quite passive. We are not fully aware of the treasure that we carry in clay pots."

José Ortiz, 53, streamed the beatification ceremony from his LA home.

In the 1970s, Ortiz's parents formed small faith communities and, as followers of Romero and Grande, faced persecution, he said.

"We were on the blacklist to get killed because we just didn't want to be part of a church as an institution, but we wanted to put faith into action," he said.

Ortiz said he admires Spessotto because, despite not being Salvadoran, "he came to a rural area and dedicated his whole life, to not just accompany his community, but he became part of the community." Ortiz said he had sought to "continue my struggle in El Salvador," but fled with his older brother, who had been previously kidnapped by the Salvadoran military.

He said the beatification served as a reminder that the church "should be more rooted in the community."

"Basically what the Vatican II Council was meant to be, but unfortunately it didn't happen. Those who tried to implement [it] were killed," he said. "I think the church should have more interest in the needs of the most poor people worldwide instead of things that are superficial." 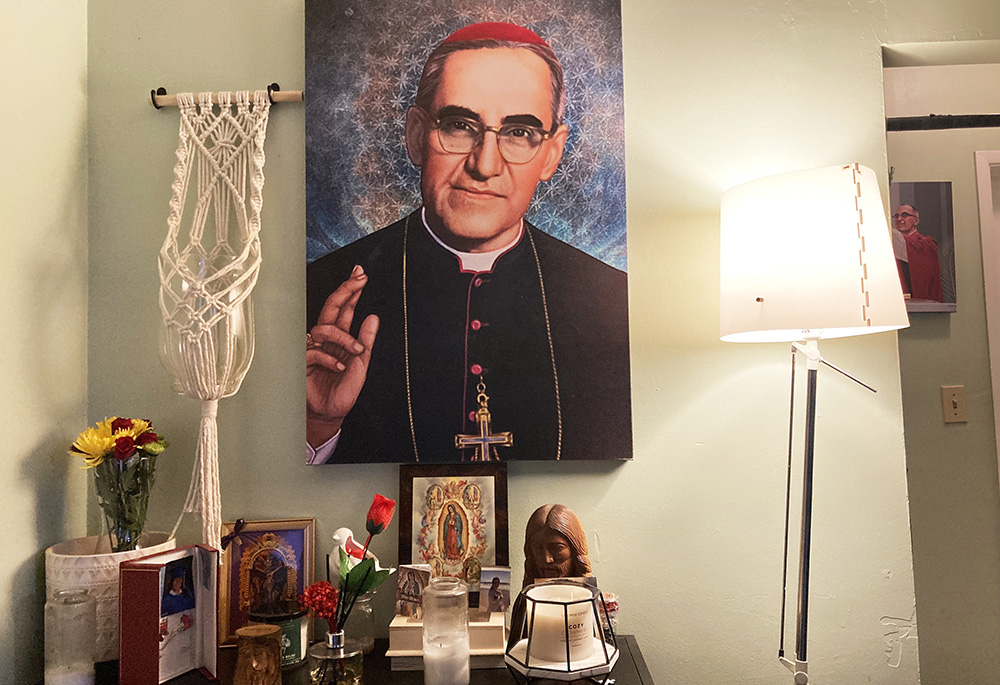 It isn't lost on Ana Grande, Rutilio Grande's niece, that her uncle's beatification comes at the expense of a war that tore families apart and left many bearing that trauma. Her father fled El Salvador upon receiving death threats. He settled in LA, where Ana Grande was born.

Although Ana Grande never met her uncle, she was introduced to his life at an early age through family stories. She was taught that his ministry was "all about ethics." Ana Grande now serves as associate executive director for the nonprofit Bresee Foundation, which seeks to battle poverty in LA. 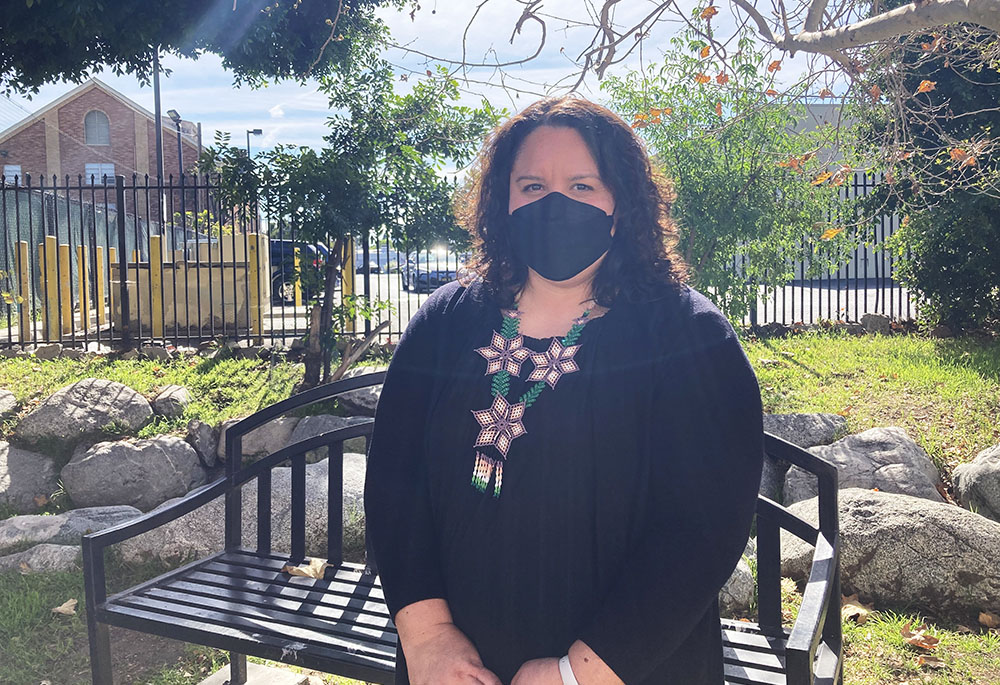 Ana Grande, niece of the Rev. Rutilio Grande, outside the Bresee Foundation, where she serves as the nonprofit's associate executive director (RNS photo/Alejandra Molina)

The beatification opened old wounds, she said, but she hopes it signals a new chapter for the church in El Salvador and across the world. "For the first time in many, many years some of our family members started sharing what we had witnessed during the war and it was very healing in many ways," she said.

She was inspired by youth at the beatification ceremony, recalling a conversation with a young man whom she asked: "Who are you here for? Who do you admire?" He named Spessotto and spoke fondly of the Franciscan values of life, she said.

"We're not just looking at the Old Testament and the do's and the don'ts, but we look at it from a new lens of liberation, of breaking the shackles of ignorance," she said. "That's what the pope talks about all the time. It doesn't matter what you've done, what you do, who you love. It's a matter of, if you're human, I am going to love you, regardless. I think that's finally falling into place, and hopefully it will continue."