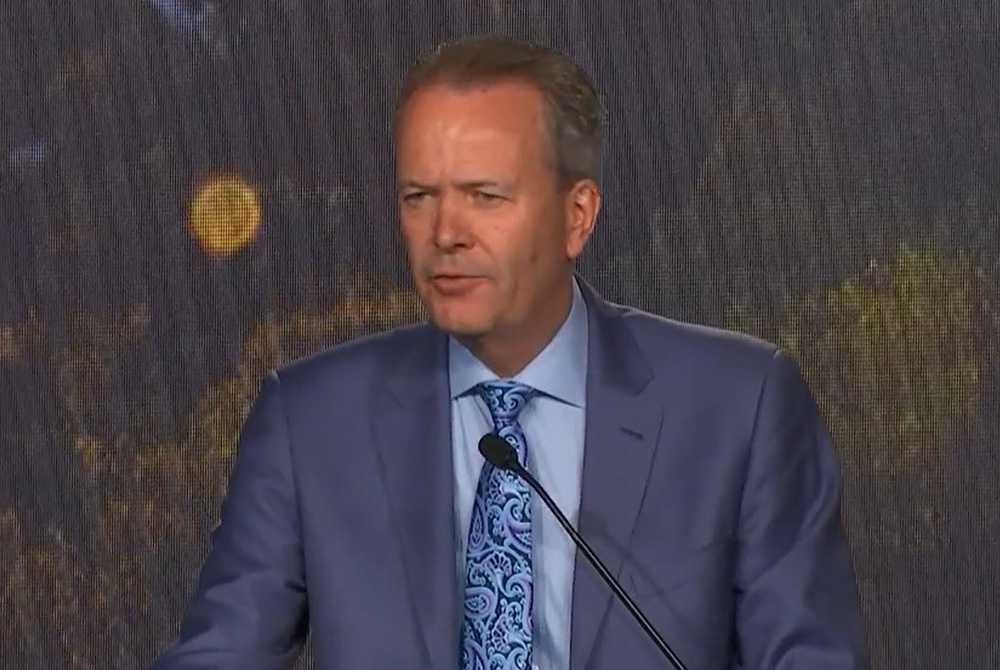 The Napa Institute, a conservative Catholic organization known for its annual high-end conference featuring wine tastings and cigars, announced plans to expand its work to include programs on "priestly formation" and a lecture series at the University of Notre Dame, with the latter's first scheduled speaker to be U.S. Supreme Court Justice Clarence Thomas.

Fifteen families have pledged donations totaling $500,000 over the next five years for program expansion, Napa co-founder Timothy Busch announced at the conference, held virtually and in person at one of Busch's spa resorts in California July 22-24.

Among the donors, according to Busch's presentation, is Leonard Leo, an influential Washington insider who played a key role in advising former President Donald Trump on Supreme Court nominations and other appointments to the federal judiciary. A former executive vice president of the Federalist Society, Leo also serves on the board of the Busch School of Business at the Catholic University of America in Washington.

At Notre Dame, the new Napa Institute Forum lecture series will be housed at the Notre Dame Center for Citizenship & Constitutional Government, which launched in May and is led by political science professor Vincent Phillip Muñoz. Thomas will speak at the forum on Sept. 16.

"I couldn't be more proud to be bringing Justice Thomas back to Notre Dame, and I can't be any more thankful to Tim and Steph Busch and the Napa Institute for allowing us to make that happen," Muñoz said at the start of a video address he delivered to the conference focused on religious liberty issues and the Supreme Court.

The center "plans to expand its focus on political leadership by bringing more national political figures to campus and hosting regular events in Washington, D.C., especially with established and aspiring Catholic politicians," according to a university news release. It will be funded by the Napa Institute, the Charles Koch Foundation, the U.S. Department of Education, the M & T Foundation and several Notre Dame alumni and parents of alumni. 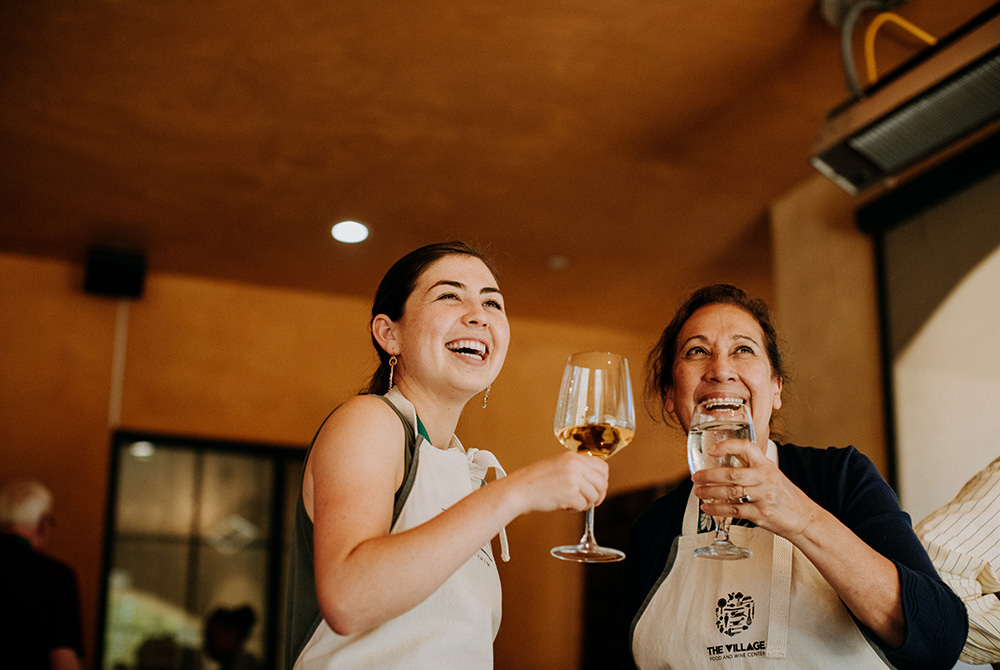 'Chaos in the streets'

This year's summer conference included daily confession and more than 100 Masses, including a daily Mass in Latin, which Pope Francis recently scaled back unless special permission is granted. (The conference received that from Bishop Robert Vasa of Santa Rosa, California, according to Busch.)

With about 700 people gathered in person and thousands more watching online, speakers rallied participants to fight the culture wars, reject the Black Lives Matter movement, debunk what they called the lies behind gender ideology and defend the church's teachings in the face of what organizers view as an increasingly hostile secular society. Several speakers also referenced President Joe Biden, the country's second Catholic president.

Retired Philadelphia Archbishop Charles Chaput, who received a Lifetime Service Award that was presented with a bottle from Busch's winery, told the audience that despite the many contributions the Catholic Church makes to the United States through hospitals, schools and vast social service networks, "none of this matters, none of it, to political leaders and lobbies that hate what the church teaches." 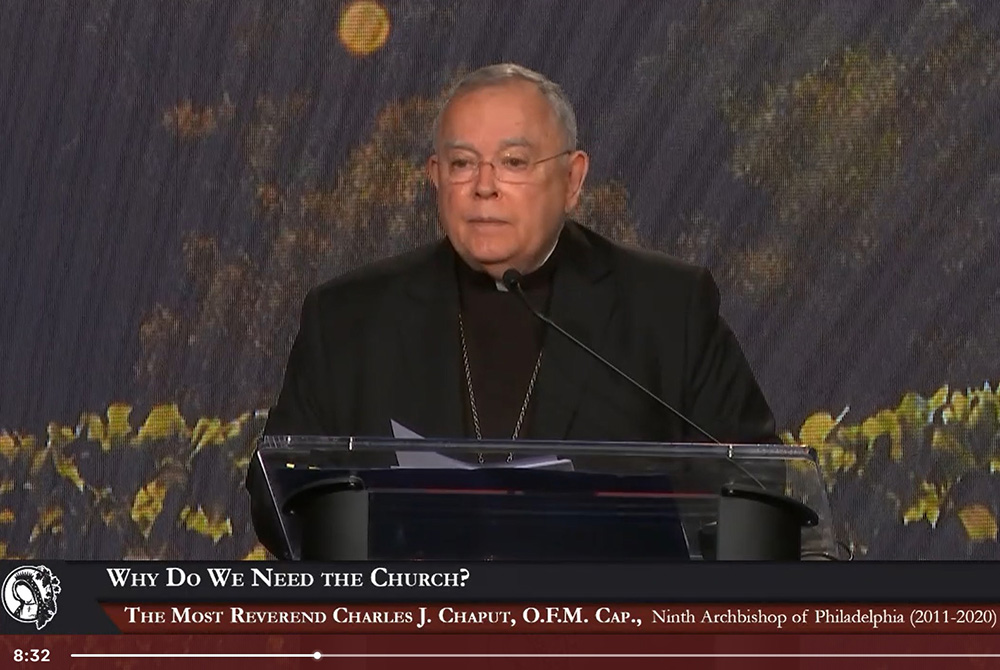 The archbishop, who has advocated denying Communion to pro-choice Catholic politicians, also made a thinly veiled swipe at President Biden.

"There is no such thing as purely cultural Catholicism," Chaput said. "An emotional attachment to rosary beads is not a bad thing, but it does not exhaust the nature and the demands of a living faith." President Biden often cites his faith and carries his deceased son Beau's rosary.

The veteran conservative political activist, L. Brent Bozell III, who signed a letter in December that declared Trump to be "the lawful winner of the presidential election" called Biden "the president of the most radical leftist ideology in history." 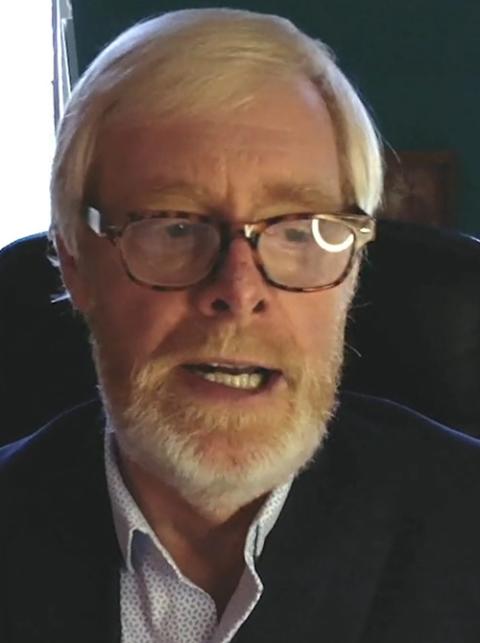 Bozell, president and founder of the Media Research Center, said Biden is a "figurehead" for "elements of Marxism at play in America."

He characterized the political and cultural zeitgeist in apocalyptic terms. "Our social order is collapsing," he said. "There is chaos in the streets. There is repugnance in our schools. The Judeo-Christian tradition is being thrown away as is the very history of the United States."

Other speakers combined a vision of an embattled Catholic Church preaching hard truths, along with a consistent nostalgia for the leadership of Pope John Paul II and Ronald Reagan during the Cold War era. Another common theme was the state of liberal Christianity.

"The thing that really divides Christians is those Christians who realize their faith stands against the cultural tide and against the cultural pathologies of our day and those who use their Christian faith, or I would say contort their Christian faith, to affirm it," said Carl Trueman, a theologian in the Orthodox Presbyterian Church and professor of biblical and religious studies at Grove City College in Pennsylvania.

"We're dealing with a new religion and its wokeism," said Chris Stefanick, an author and popular public speaker in traditionalist Catholic circles who leads Real Life Catholic, a nonprofit that produces videos and a television show on EWTN.

"If you're part of an oppressor class, you're dangerous," Stefanick said. "The world is ever more treating us as if we are dangerous."

In a video talk titled "Toxic Rainbows: The 7 Deadly Deceits of Gender Ideology," Mary Rice Hasson, director of the Catholic Women's Forum and fellow in the Catholic studies program at the Ethics and Public Policy Center in Washington, lamented that "we have a whole generation of children who are being brought up with this idea that their feelings decide reality."

Human beings are "created either male or female," Hasson said. "Sex cannot change. Your feelings are really irrelevant to that conversation. You can't change a single cell in your body. You can't change your fundamental identity."

Hasson criticized what she viewed as a fairly recent ideologically motivated shift among medical experts who once viewed transgenderism as a "mental illness" to an accepted category today. "It's a false science, a corruption of science that puts out these lies," she said. "People are being shamed, being canceled and losing jobs if they do not use the language that is being pushed by this ideology."

Mary Eberstadt, the Panula Chair in Christian Culture at the Catholic Information Center in Washington, blasted what she called "the nonstop obsession with identity politics." According to Eberstadt, abortion, contraception, high divorce rates, the decline in religious affiliation among young people, increased use of pornography and the rise of the Black Lives Matter movement — all spring from one source: the sexual revolution.

"Beneath the performative rage of Black Lives Matter last summer, as it menaced bystanders and woke people up in the middle of the night, and indeed beneath the increasingly punitive insistence about gender, beneath even cancel culture itself, the loving eyes that we are supposed to see our brethren with uncover a common denominator: suffering," Eberstadt said. 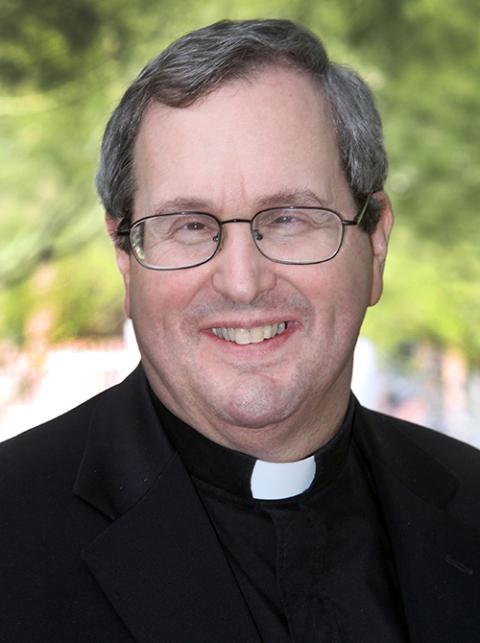 "These people who claim to be victims are indeed victims but they are not victims of the abstractions that they have been taught to cling to. They are victims along with many people born after 1960 of the destructive maelstrom of a revolution that racked and shrunk and sometimes destroyed their families, even as it sometimes destroyed their churches and their communities," she said.

Robert Spitzer, a Jesuit priest and a former president of Gonzaga University who co-founded the Napa Institute and serves as its president, suggested how to reach Catholics who no longer look to the church for moral guidance on issues of sexuality, gender and marriage.

"There is a credibility gap we just have to face," Spitzer said. "The majority of our kids strongly disagree with church teaching even though it's necessary for their mental health and salvation. But our teaching has to be defended for the church and the culture."

The priest presented a series of slides and snippets from academic studies he said proved how homosexuality, transgenderism, use of pornography and sexual relations before marriage are destroying lives.

"In order to avoid the accusation of religious bias we have to give our Catholic school teachers a shield to stand behind," Spitzer said. "We have to use secular studies. If we can get good secular studies from Harvard and Stanford and Pew and Gallup, that is what will do the credibility trick. Then young people won't think we're pitching Catholic Church propaganda."

Napa was founded in 2010, with Busch's financial backing, after then-Philadelphia Archbishop Charles Chaput warned in an article about what he called "the next America," a secularized country hostile to religious rights and traditional morality.

In his welcome address, Busch, chairman of Napa's board, exuded the sunny disposition of an affable CEO, while delivering a dire assessment of politics and culture. His message blended traditional Catholic themes with blistering resentment toward racial justice activists.

He described Napa's mission of "faith formation, truth telling and uniting Catholic leaders to transform the culture" as more urgent than ever as "religious liberty is attacked, right to life is attacked, transgender ideology is forced upon our children and Black Lives Matter is promoting racism, critical race theory, and destroying the nuclear family."

Busch added that "this neo-Marxist movement, operating under some discriminatory theory of Black Lives Matter, is attacking the American experiment, which is based on Judeo-Christian principles. We need to pray it will end or our country will be destroyed."

The audience — unmasked and almost exclusively white — applauded his paean to Christian nationalism delivered in the comfortable confines of Busch's Meritage Resort and Spa.

In response to critics of the Napa Institute, Busch touted his close relationship with church leaders, including the president of the U.S. bishops' conference, Los Angeles Archbishop José Gomez, whom he called "one of my closest advisers."

In 2016, Busch made a $15 million donation to the Catholic University of America in Washington, the largest gift in the school's history, which has powered the university's business school named after him and his wife. During a 2017 Napa Institute conference at the Trump International Hotel in Washington, Busch praised President Trump as a pro-life leader at a National Press Club dinner attended by Supreme Court Justice Samuel Alito and former senator Rick Santorum.

The Napa Institute claims to advance a muscular, heroic orthodoxy in the face of secular threats and a weak-kneed liberal Christianity. Its dogmas are amplified by echo chambers such as EWTN, First Things and a network of institutions that anoint themselves the true arbiters of Catholic identity in public life.

Archbishop Samuel Aquila of Denver also framed the state of Catholicism in gloomy, defensive terms. "These are dark times," he said during the conference's closing panel. "I often tell my seminarians some of you may become martyrs if our country continues in the direction it's going. Secularism has become the false god. We have to be bold enough and courageous enough to live the costs of discipleship."