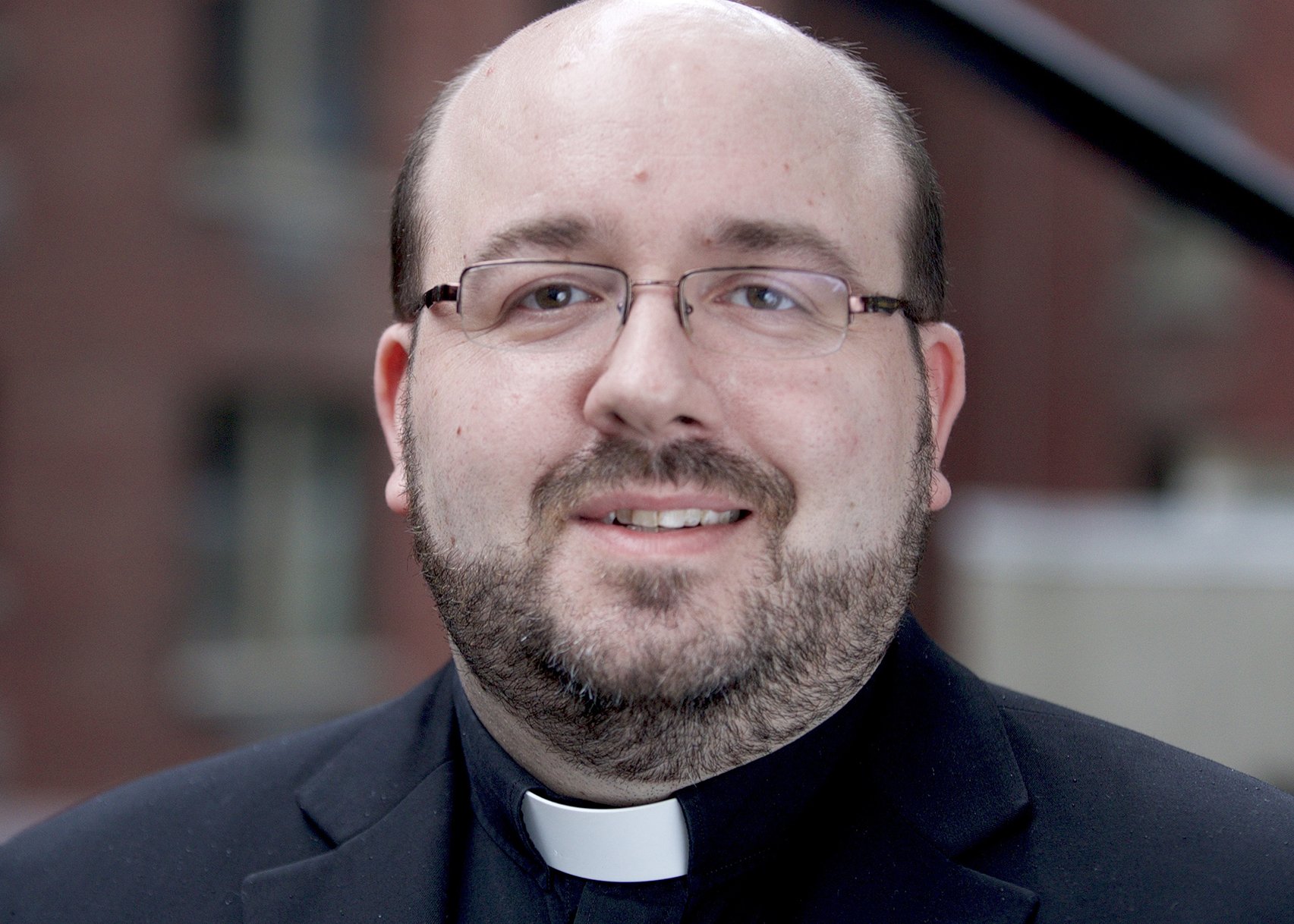 Jesuit Fr. Sam Sawyer has been named the editor-in-chief of America magazine, a national weekly Jesuit publication based in New York.

Currently a senior editor and the director of digital strategy at America Media, of which the magazine is a part, Sawyer will start in his new role Dec. 1, the feast of America's patron, St. Edmund Campion -- who himself was a Jesuit. 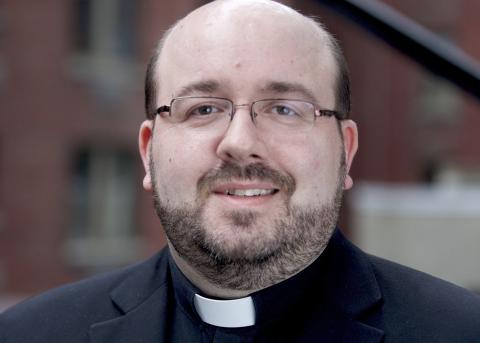 Sawyer will succeed Jesuit Fr. Matt Malone, who has been at the helm of America magazine and America Media over the past decade as both editor-in-chief and president.

America Media's board of directors did not announce who will assume the presidency.

A native of Scranton, Pennsylvania, Sawyer was ordained to the priesthood in 2014 and joined the America staff the following year.

"Since I've been working at America the last seven years, I've got as much experience as any other Jesuit in the U.S. working for America at this point," Sawyer told Catholic News Service in a May 13 phone interview. "I would say the bigger surprise: Matt was named (editor) right after his ordination. The fact that I've been named and there will be continuity with me being at America, is much less surprising."

Sawyer was not exactly born with ink in his veins. "More software," he offered, as he acquired a bachelor's degree in computer science before hearing the call to priesthood.

Before entering the Society of Jesus, he worked as a software engineer after graduating from Jesuit-run Boston College and spent a year as a volunteer middle school teacher.

Upon arriving at America, Sawyer helped oversee its transition to the digital realm.

"It's been hugely important to understand what we're asking contractors and developers to do on the website, and to do some of that work myself," he said, "as I'm a little more cost effective, with my vow of poverty."

While still in formation, Sawyer and some of his Jesuit peers created The Jesuit Post, and he served as one of its first editors. It is an online media platform that offers a Jesuit, Catholic perspective on the contemporary world. It is now produced under the America Media umbrella.

Navigating the digital world of 0's and 1's is one thing, but Sawyer knows that navigating the fractious times of our age is another.

"I think it's pretty clear that we're in a moment of pretty intense division, fragmentation, both in political life and within the life of the church. I think that's a tension we're going to continue to face as far I can see well-throughout my time as editor," he told CNS.

"I think what we're called to do, is assist in the work of reconciliation which Pope Francis is calling us to in terms of synodality -- how to speak together in communion even when we disagree on some significant matters," he said. "I think there are some matters that will just fuel the outrage machine.

"I think we'll need to find some way to offer a different direction -- a form of communication and grace -- that isn't always about a war."

In a May 12 statement about Sawyer's appointment, Malone said: "I have had the honor of working with him for many years now and I have watched him earn the respect of his colleagues and the trust of our readership."

"He is singularly qualified to lead America through the next chapter in our long and storied history. I will depart with the certain knowledge that America is in good hands," added the priest, who earlier had announced he planned to leave America Media at the end of the year.

Sawyer won't be stuck in an office. He's the local superior of America House, a community of 15 Jesuits in New York, although he said he's asked his provincial to be relieved of those duties by the time he assumes the helm at America.

He also assists at St. Francis Xavier Church, a Jesuit parish in the Union Square area of Manhattan.

After his ordination and before he joined America, he served as an associate pastor at Holy Trinity Church in Washington. Holy Trinity is a Jesuit parish in the city's Georgetown neighborhood.