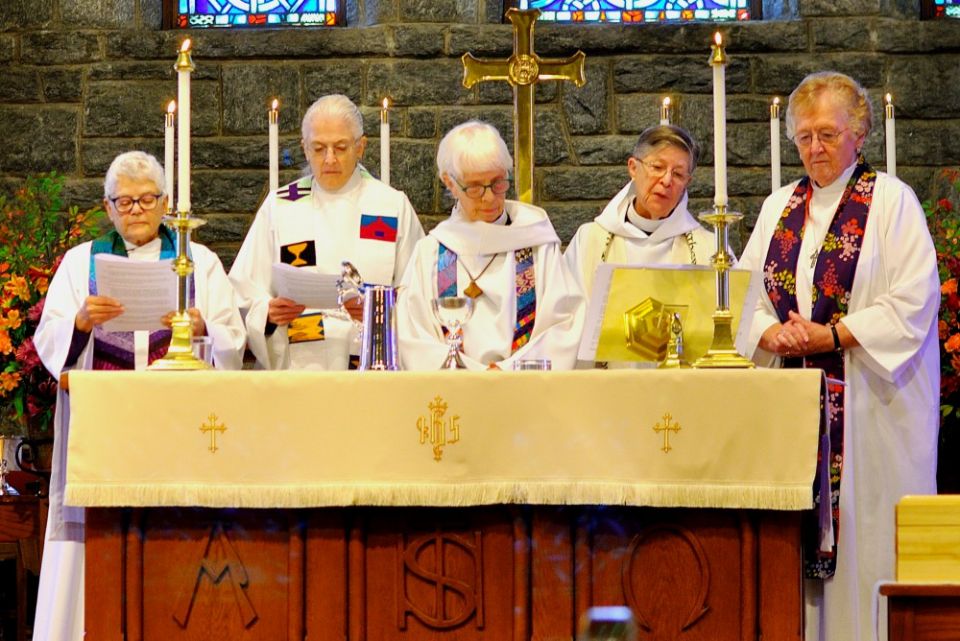 The women gathered on the eve of their ordinations on a farm outside Philadelphia, where they shared a meal. The next day, July 29, 1974, they entered the Church of the Advocate to become the first women ordained to the Episcopal priesthood in the United States. Initially referred to simply as the 11, they quickly became known as the Philadelphia 11.

On Nov. 1 of this year, five of the priests gathered again, this time at the horse farm of Carter Heyward, one of the 11. Those traveling came through a line of East Coast storms, one of them leaving her home where alarms, activated by violent winds, had sounded all night, but by the time they had arrived at Heyward's place deep in the Appalachian Mountains, the November sunset was clear and cool.

The women — Heyward, Emily Hewitt, Merrill Bittner, Marie Moorefield Fleischer and Nancy Wittig — had come together for the memorial service of one of their own, Alison Cheek, who died Sept. 1. Her service would be held the next day, on All Souls' Day.

The weekend began with a simple meal at Heyward's farm, where the priests caught up with one another, discussing their work, but also talking about their children and grandchildren, their horses and dogs, their gardens and their travels. And they spoke of Alison, of how she had enjoyed her final years in Brevard, North Carolina, of how she had been in pain for many of those years, but had never stopped seeking purpose in her life, even into her 90s.

Her death had been peaceful. Heyward, who sat beside her friend as she died, had written to Cheek's loved ones, "I cannot overstate how peacefully she stepped more fully into the One she experienced as her Sophia, her Wisdom, her God." 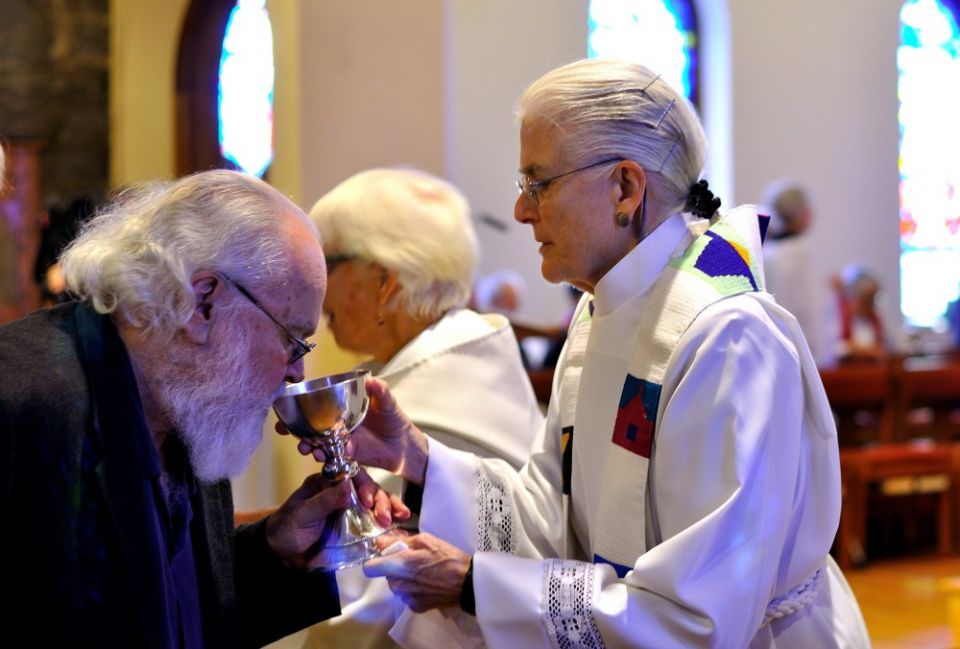 During World War II, Cheek attended the University of Adelaide, where she met her husband, Bruce. After they were married, the couple moved to the United States. He worked for the World Bank, and she became one of the first two women to study for a Master of Divinity at Virginia Theological Seminary. She had four young children at the time, and when the seminary asked her for a list of books she had recently read, she gladly added Mike Mulligan and His Steam Shovel alongside the works of Albert Schweitzer.

In the summer of 1974, Cheek — then a deacon in the Episcopal Church — received a phone call from Wittig, who asked her if she would be willing to participate in the coming ordinations in Philadelphia. After decades of study and stalling, the Episcopal Church had once again denied women ordination to the priesthood at the 1973 General Convention. Episcopal women in support of women's ordination and their advocates decided to take action.

As they spoke on the phone, Cheek asked Wittig what she thought would happen to them. Wittig replied that she believed they would all be deposed, in Episcopal parlance meaning permanently barred from the priesthood. They weren't deposed, but the Episcopal Church did continue its intense and very public debate concerning the validity of women's ordination. 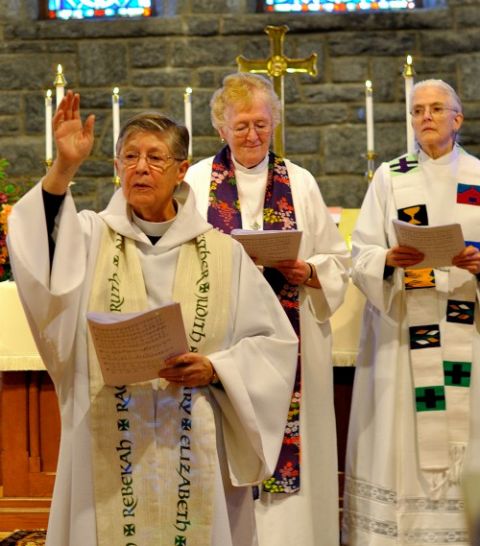 Several weeks after the 1974 ordinations, Cheek made history once again by presiding over Communion at St. Stephen and the Incarnation Episcopal Church in Washington, D.C., an act that would lead to one of the two ecclesiastical trials held in response to the Philadelphia ordinations. The second trial resulted from Cheek and Heyward presiding over Communion at Christ Church, in the Ohio Diocese. In both cases, the Episcopal Church ignored the women and, instead, charged the male priests where the services had been held.

For two years, the nation's largest newspapers and other media outlets covered the story of the women priests. Wittig, Heyward and Cheek appeared on "The Phil Donahue Show," and Cheek made the cover of Time as one of the publication's 12 Women of the Year for 1975.

The following year, the Episcopal Church voted to affirm women's ordination to the priesthood and, finally, to acknowledge the ordinations of the 11.

Still, the 11 (and the four women who were ordained in 1975 at St. Stephen and the Incarnation) found it difficult to secure parish positions. As the bishop of Kansas wrote to Fleischer, "Your scandalous participation in a so-called ordination to the priesthood makes you persona non grata in this Diocese."

Nevertheless, they persisted, and as Heyward pointed out in the homily during Cheek's memorial service — held at St. Philip's Episcopal Church in Brevard — the women had always envisioned their ordinations as a stand for the marginalized.

"Alison would want me to insist that the Philadelphia ordination which put her name on the map was never, even at first, about the ordination of a few privileged white women to the priesthood of an historically privileged white church. The Philadelphia ordination was a wake-up call to the church to get moving and do what Jesus of Nazareth did: stand with the marginalized, advocate for those left out, speak up for those without voice, accompany those seeking liberation from injustice, and embody courage in the face of cruelty, lies, bullying or violence."

The ordinations, Heyward continued, were intended "to shake some sense into the church."

Over breakfast the morning following Cheek's memorial service, the priests were asked to reflect on their vocations and on their experiences over the last 45 years. Only a few of the 11 had found sustainable employment in the Episcopal Church.

Fleischer was one of the fortunate ones, but her road was not easy. Before the ordinations, she had accepted a residency position with Topeka State Hospital in Kansas, where she observed that patients struggling with illness and the effects of psychotherapeutic drugs often connected more profoundly with the ritual of Communion than with sermons.

"In order to do that full ministry, that sacramental ministry," she said, "I needed to be ordained."

But given the response from the bishop of Kansas, who had also revoked her license as deacon and forbade her to function as a minister or lay communicant in any public gathering of the Episcopal Church in the diocese, and given the turmoil within the larger national church, Fleischer entered the ministry of the United Methodist Church. She later returned to the Episcopal Church, and in 1985, her ordination was finally regularized. When now-Presiding Bishop Michael Curry became bishop of North Carolina, he phoned Fleischer to ask her to be canon to the ordinary, and it was from that position that she recently retired.

Heyward spent more than 30 years as a scholar and professor at Episcopal Divinity School in Cambridge before retiring to Brevard. Her experiences led her to understand her role as a priest, she said, as someone "whose call beyond herself is to help others understand that they, too, are priests in the sense that all of us reflect God to each other. And so if I'm doing my work, I'm helping you understand that you and I both are here to help to bring out God in other people. You don't really need the institutional church to do that, thankfully." 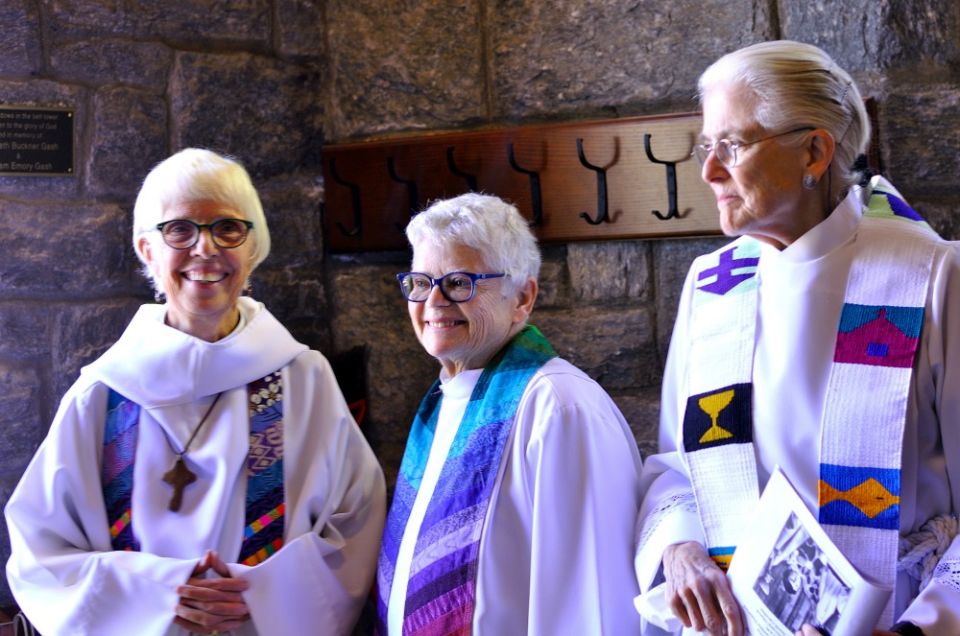 Not long after her ordination, Bittner became ill. "I closed [the doors] because I needed to survive, but the thing is, I always carried priesthood with me. There was never, never a day that I didn't know I was a priest and that I didn't feel that I was acting on it, but not in the usual way, not in the way maybe people expect."

Her call haunted her, though, and she returned to parish ministry, but after experiencing heart failure, she came to the conclusion that she had given what she could to the church. "My ministry was, I believe, to bring women into full participation in the church and to help make that happen. That was my call."

Hewitt entered Harvard Law School after her ordination and recently retired as the chief judge of the U.S. Court of Federal Claims. Because she had remained in urban areas on the East Coast, she believed she had maintained a stronger access to community.

"I know a lot of other people were scattered around the country," she said, "and had a lot less help and a lot less interaction, but in [my] communities, there were always people who were friends."

Witting held parish positions in the Episcopal dioceses of Newark, Pennsylvania and Ohio. She experienced positive receptions in those dioceses, but acknowledged that the process was a slow one. "It's one woman at a time, one service at a time, one congregation at a time. ... An important part is to fall in love with your people, with your congregation." 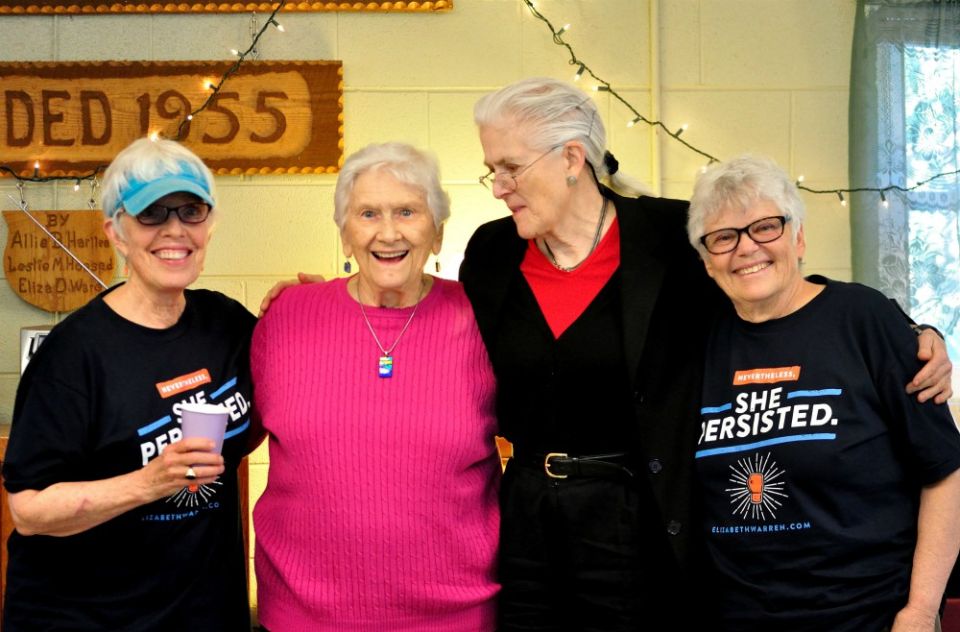 After Philadelphia, Cheek herself served as a pastoral psychotherapist and then, following her husband's death in 1977, co-directed a church fundraising program in Philadelphia. In 1996, she graduated from Episcopal Divinity School in Cambridge, Massachusetts, with a Doctor of Ministry, then joined the school's faculty as the director of feminist liberation theologies.

In November 2006, Cheek gave an address at the 10th anniversary celebration of a women's spiritual community called Brigid's Place in Houston. She told the story of Wittig's phone call to her three decades earlier, when she learned of the coming ordinations in Philadelphia. After her conversation with Wittig, Cheek found herself wondering about what in her life was worth living for and dying for. The question itself surprised her.

"It seemed a bit dramatic, but I think the metaphors of life and death were a recognition that I must die to much of what I clung to and loved if I were to live out the values I believed in most radically and deeply. I had a choice, but I knew that if I chose not to go to Philadelphia my integrity would not be intact."

[Darlene O’Dell is a writer for Family Narrative Project and the author of The Story of the Philadelphia Eleven and Sites of Southern Memory.]

Your thoughts on women's roles in the church