Manchester, England — A prominent Anglican bishop has joined the Catholic Church and will be ordained as a priest at the end of October.

Michael Nazir-Ali, the former Anglican bishop of Rochester, England, was received into the church Sept. 29 by Msgr. Keith Newton, head of the Personal Ordinariate of Our Lady of Walsingham, which was established in 2011 by Pope Benedict XVI for the corporate reception of Anglican communities. 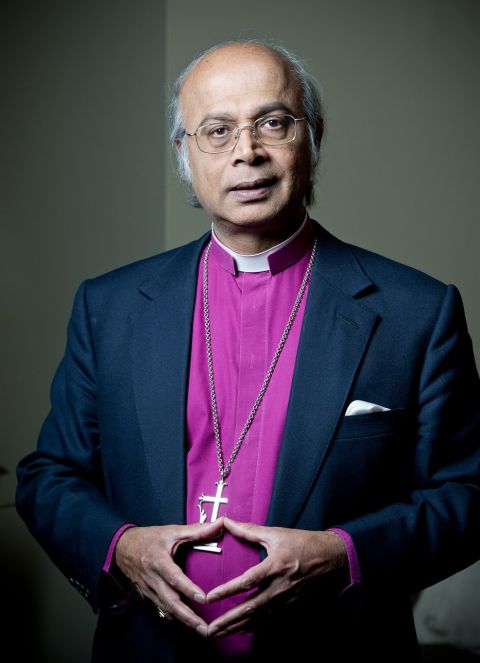 Former Anglican Bishop Michael Nazir-Ali, pictured in an undated photo, has been received into the Catholic faith and will be ordained a priest in late October. (CNS photo/courtesy Bishop Nazir-Ali)

Nazir-Ali will be ordained deacon by Archbishop Bernard Longley of Birmingham Oct. 28 and ordained a priest for the ordinariate by Cardinal Vincent Nichols of Westminster Oct. 30.

The married father of two retired from Rochester, England, in 2009 and, since 2010, has served as the visiting bishop of the Anglican Diocese of South Carolina.

Nazir-Ali is the first former Anglican diocesan bishop — rather than suffragan or "flying" bishops — to join the Catholic Church since Bishop Graham Leonard of London and Bishop Richard Rutt of Leicester were received into the Catholic faith in 1994.

In a statement posted Oct. 14 on the website of the Bishops' Conference of England and Wales, Nazir-Ali said: "I believe that the Anglican desire to adhere to apostolic, patristic and conciliar teaching can now best be maintained in the Ordinariate.

"Provisions there to safeguard legitimate Anglican patrimony are very encouraging, and I believe that such patrimony — in its liturgy, approaches to biblical study, pastoral commitment to the community, methods of moral theology and much else besides — has a great deal to offer the wider church.

"I am looking forward to receiving from the riches of other parts of the church," he added.

Anglican Archbishop Justin Welby of Canterbury said in an Oct. 14 statement that he was grateful for the bishop's "decades of devoted service" and said his expertise in evangelism, interfaith dialogue, ecumenism and theological education "will continue to be a blessing to the global church."

Pakistan-born Nazir-Ali, 72, was once regarded as a potential leader of the worldwide Anglican Communion. In 2002, the U.K. media reported his was one of two names submitted to then-Prime Minister Tony Blair as a possible successor to Archbishop George Carey of Canterbury.

He is the third Anglican bishop to become a Catholic this year and the fourth in just two years.

Jonathan Goodall, the former "flying" bishop of Ebbsfleet, stepped down from office in September to become a Catholic following a period of reflection which, he said, was "among the most testing periods of my life."

NCR board appoints Fox to serve as publisher