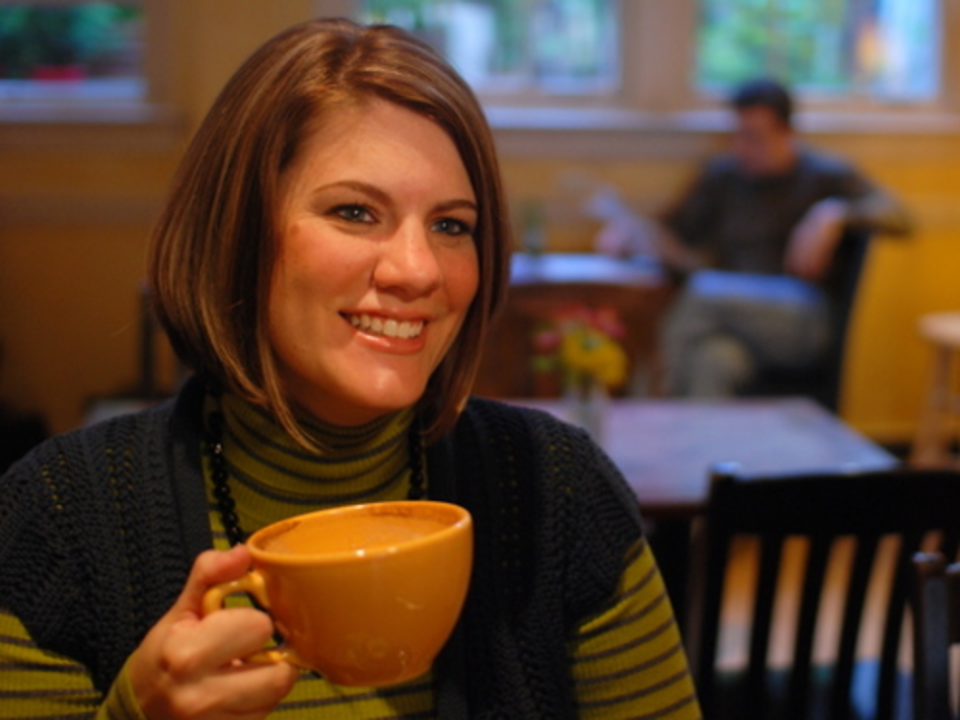 Rachel Held Evans, a popular progressive Christian writer and speaker, died May 4 at age 37 after a brief illness.

Evans had been in a medically induced coma for several weeks and never returned to an alert state.

Writer and collaborator Sarah Bessey tweeted that Evans was surrounded by close friends and family at the end, and the Rev. Nadia Bolz-Weber shared that friends were at Evans' bedside Friday night, offering "our touch and tears and song. I anointed her with oil."

Her husband, Dan, informed followers and supporters of his wife's death on her website.

"This entire experience is surreal. I keep hoping it's a nightmare from which I'll awake. I feel like I'm telling someone else's story," her husband Dan Evans wrote in an update on Evan's blog.

"I cannot express how much the support means to me and our kids. To everyone who has prayed, called, texted, driven, flown, given of themselves physically and financially to help ease this burden: Thank you. We are privileged. Rachel's presence in this world was a gift to us all and her work will long survive her."

On April 14, Evans, who was particularly gifted at using social media to connect with her readers, tweeted that she had been admitted to the hospital with a "flu + UTI combo and a severe allergic reaction" to antibiotics, asking for prayer and — with the characteristic humor she often used to defuse difficult conversations — lamenting she would miss "Game of Thrones."

Later, in an update on her website, Dan Evans said that she began having "unexpected symptoms" while receiving treatment for an infection and that doctors found her brain was experiencing constant seizures. Doctors had placed her in a medically induced coma while working to determine the cause and treatment, he said.

Evans is best known for her popular blog and best-selling books, including New York Times best-seller A Year of Biblical Womanhood, Searching for Sunday and, most recently, Inspired. She also served on President Barack Obama's Advisory Council on Faith-based and Neighborhood Partnerships.

In her books and blog posts, she wrote openly about her faith journey, which led her from Bryan College — a conservative evangelical school known for promoting belief in a literal, six-day creation — to the mainline Episcopal Church. Along the way, she chronicled her faith, doubt, honest questions and evolving beliefs with a sense of humor.

That didn't come without controversy, including pushback from more conservative Christians over A Year of Biblical Womanhood, which celebrated an egalitarian view of women's roles in both marriage and the church.

But in her writing she rarely lapsed into us-versus-them arguments, instead presenting a vision of the church as a place with room for everyone.

"And there's always room for more."

Readers shared online that they recognized themselves in her words.

A number of women said during an online prayer vigil they would not have pursued ministry if not for Evans, and others said the only reason they had hung onto faith amid doubt was because of Evans.

Fellow writers praised Evans for sharing the considerable platform she has built, both on her blog and at "Why Christian?" and "Evolving Faith," the conferences she co-founded for evolving or progressive Christians who aren't sure where they belong on the spiritual landscape.

Rozella Haydée White, a coach and consultant, tweeted about how Evans had cheered her on as White released her first book, even offering her advice on insurance, and pastor and author Nate Pyle tweeted that as he prayed for Evans, he reflected on "how much of my writing career is because of her encouragement and promotion of my work."

"My guess is that it's true for many, many people. She embodies graciousness and generosity in amplifying the voices of others," Pyle said.

And in the midst of Evans' illness, Bessey tweeted she was reminded of her friend's own words in Searching for Sunday:

"There is a difference between curing and healing, and I believe the church is called to the slow and difficult work of healing. We are called to enter into one another's pain, anoint it as holy, and stick around no matter the outcome."

The news of Evans' hospitalization had been met with an outpouring of support from readers, writers and Christian leaders, both conservative and progressive.

On April 19, Bessey and writer Jeff Chu, who worked with Evans on the Evolving Faith Conference, gathered friends and fans online to pray for Evans. The hashtag they started for the online prayer vigil, #PrayForRHE, soon was trending on Twitter.

A GoFundMe fundraiser to cover medical and related expenses for Evans' family — including two small children, Henry and Harper — set up April 22 exceeded its goal within a day — even after organizers increased the amount they hoped to raise.

Evans was raised in a nondenominational, evangelical Christian family in Dayton, Tennessee — the home, she liked to point out, of the 1925 Scopes Monkey Trial, the watershed case about teaching evolution in schools that caused many conservative Christians to feel alienated from the American mainstream.

She joked about the prizes she won as a kid for having all the answers when it came to Christianity, such as the time she won the "Best Christian Attitude Award."

But as a student at Bryan, Evans began asking tough questions about her faith, like why God would send people to hell, which she wrote about in her first book. Evolving in Monkey Town was published in 2010 and later re-released as Faith Unraveled.

Evans brought her sense of humor to those questions in 2012's A Year of Biblical Womanhood, in which she took the Bible's instructions for women to hilarious extremes and shared what she learned from women of diverse faiths, including Amish and Jewish women.

When she was growing up, the word "evangelical" had seemed synonymous to her with "real" or "authentic," she told Religion News Service several years ago. She finally abandoned the label in 2014, after a number of evangelical Christians canceled sponsorships for children in need after the charity World Vision announced it would employ people in same-sex marriages. (World Vision later reversed that decision.)

That incident "confirmed what I'd been suspecting for a while — that my values were simply out of line with the evangelical culture's values," she said. "And by then, I'd just grown weary of fighting for a label that no longer fit."

She wrote about her subsequent journey away from church and what kept leading her back in 2015's Searching for Sunday, and about rediscovering a love for Scripture in 2018's Inspired.

She worshipped with her family at St. Luke's Episcopal Church in Cleveland, Tennessee.

"Death is a part of life," Evans wrote this year in a Facebook post at the beginning of Lent, the solemn time of penance and fasting many Christians observe leading up to Easter.

A version of this story appeared in the May 17-30, 2019 print issue under the headline: Rachel Held Evans, Christian writer of honesty and humor, dies at age 37 .

Germany continues payments to churches a century after deciding to stop