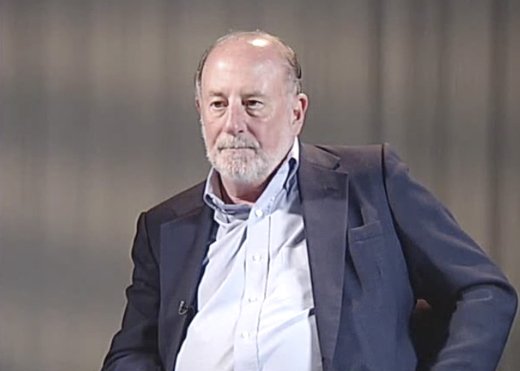 Richard H. Hirsch, a former secretary of communications for the U.S. bishops, died in his sleep Dec. 24 in his Florida home. He was 84.

A Baltimore native, Hirsch later worked for Covenant House and the Franciscan Health Care System of New York after working for the U.S. bishops.

Hirsch attended Catholic schools in Baltimore, including Loyola High School. His experience in high school prompted him to join the Jesuits, where he was a scholastic for 10 years, attending Fordham University in New York.

When he left the Jesuits, Hirsch landed a job with the New York-based Office of Film & Broadcasting of the U.S. bishops, reviewing movies and television. He was later promoted to director of the office.

"I saw 300-400 films a year for a number of years. I began to appreciate the value of film as a social commentary upon our society," he said in a 2014 oral history conducted for Fordham's TV Oral History Project,

When he became secretary for communications in 1979, he coordinated the production of hourlong religious specials that were broadcast on Sundays by ABC, NBC and CBS. Hirsch also had a hand the creation of the Catholic Telecommunications Network of America, a satellite service offered to dioceses that were seeking programming for their own nascent cable television channels.

While CTNA eventually convinced more than 100 dioceses to subscribe to the service, it shut down in the early 1990s as its costs proved unsustainable.

Hirsch also rallied support for an interfaith cable channel to counter the televangelists who were on the ascendancy on both over-the-air and cable TV. The Catholic Church never joined, VISN — the Vision Interfaith Satellite Network — launched in 1987. The network ultimately sold its channel space to the Hallmark Channel and the renamed Faith & Values Channel has comparative little reach.

"If you don't know what's going on, then how can you be an intelligent voter?" Hirsch said of his work on license renewals in the Fordham interview. "It's not commodities that are being sold by television," he added. "It's consumers being sold by the networks to the advertisers."

Hirsch took on the controversy surrounding the 1988 release of the Martin Scorsese movie "The Last Temptation of Christ," which had been harshly criticized months before it had been distributed to theaters.

"In terms of the publicity surrounding the film, a good deal of what has been discussed is inaccurate," said Hirsch, adding he had "some concern" that well-meaning people — including Catholics — would get "on the bandwagon prematurely" and said such publicity "could promote the film.

He also questioned if the movie had been reviewed "just as any other film, would be a success at the box office" without the pre-publicity from protesters.

In 1989, prior to the film's release on video, Hirsch said there was a lesson to be learned from that experience. "It has to do with the manner in which organizations defend their value systems in a pluralistic society. Shrill, media-directed campaigns against material offensive to one group or another more often than not tend to backfire in a society conscious of the First Amendment."

He added: "Sometimes it is more effective to engage in quiet, reasoned debate which articulates one's position, states it unequivocally and argues for benign neglect at the box office."

Hirsch left the bishops' conference in 1989 when it sought to relocate his office from New York to Washington, saying in the Fordham interview that he still believes New York is "the center" of the communications industry.

He became senior vice president for communications for Covenant House, having to deal with the fallout of its founder, Father Bruce Ritter, who was accused of sexual assault of minors.

After Father Ritter died in 1999, Hirsch said the priest had conveyed a wish that the organization not make any statement about him upon his death, adding that Father Ritter had made no contact with Covenant House since he resigned in 1990.