Robert E. Rambusch's influence on the shape of worship endures 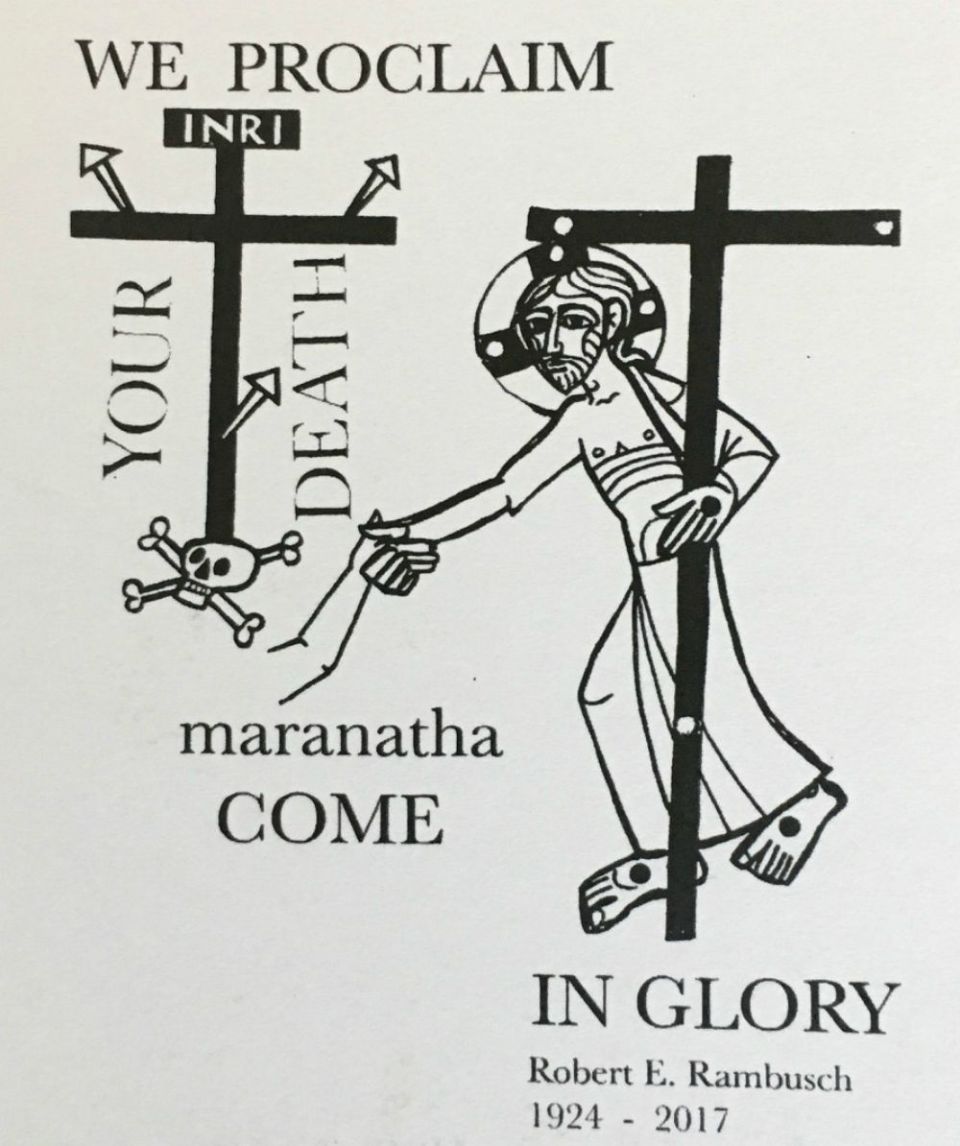 Robert E. Rambusch, a liturgical artist, designer and pioneer in the profession of liturgical design consultation, died May 23. He was 93.

He quite literally influenced the shape of worship in the United States and Canada in a career that spanned more than 65 years, participating in the design and renovation of 24 cathedrals and 400 churches.

Formed in the scholarship of the Liturgical Movement after the Second World War and deeply influenced by the challenge of the Second Vatican Council to embrace the world outside and engage in ecumenical and interfaith dialogue, Rambusch's work and influence is often linked with that of Frank Kacmarcik (1920-2004), from the Benedictine abbey at Collegeville, Minnesota; William Schickel (1919-2009), whose family-owned sacred arts studio continues to function on the outskirts of Cincinnati, Ohio, of the Belgian-born Adé Bethune (1914-2002) who had long ties with the Catholic Worker Movement; and the Lutheran architect and writer, Ed Sövik (1918-2014).

As a liturgical design consultant, Rambusch developed an open, inclusive process in which the faith community was invited to participate in the sharing of ideas on the image of themselves and the church.

Catholic churches are some of the most difficult structures to design, Rambusch said at a seminar on art and environment for Catholic worship in Saginaw, Michigan, in 1995. The biggest problem, he said, is "to satisfy the fullness of the divinity but [also] the fullness in humanity" or the differences between Christ as God and Christ as man.

A congregation at worship is not people watching events unfold on a stage, he said. Church architects have to design to ensure the active involvement of the congregation in the celebration. "We need a lay-oriented special arrangement that supports their common [worship] as a communal kind of action together," Rambusch said.

He was born in Brooklyn and, during World War II, he served in the 45 Infantry Division under General George S. Patton in North Africa, Sicily, France and Germany. He helped liberate the Dachau Concentration Camp and was awarded a Purple Heart and a Bronze Star.

Rambusch worked for more than 35 years at Rambusch Decorating Company, the firm founded by his grandfather, Frode, in New York in 1898. He left in 1984 to found his own firm, Robert E. Rambusch Associates.

Rambusch studied at the Pratt Institute, the University of Toronto with Jacques Maritain, and did post-graduate work at Le Centre de L'Art Sacré in Paris with founder Fr. Marie-Alain Couturier, close associate of the artists Henri Matisse and Fernand Léger. "These studies informed his approach to sacred art and worship spaces. He embraced the principle that religious art cannot develop outside the artistic life of its time," said his daughter Alexandra Rambusch.

In 1948, he met Dorothy Day, co-founder of the Catholic Worker Movement, and began a lifelong association with the movement. He was appointed the International Secretary of the Young Christian Students while studying in Paris and would participated in civil rights and anti-war movements, remaining politically active throughout his life. He corresponded with Thomas Merton.

Related: Childlike familiarity with Mystery: an appreciation of Bob Rambusch

According to his daughter Alexandra, he was uncomfortable with the U.S. Roman Catholic Church's move away from the precepts of Vatican II in recent years. The "embrace of a 'new traditionalism' in the past 15 years altered the liturgical design landscape," she said, "and his views were at odds with many of these changes. In terms of liturgical space, he believed looking toward the future with new ideas better served the evolution of religious art than looking to the past."

He received numerous awards for his contributions to liturgy and religious architecture, including the Frederick R. McManus Award from the Federation of Diocesan Liturgical Commissions in 2005, the Berakah Award from the North American Academy of Liturgy in 2001, the Michael Mathis Award from the University of Notre Dame's Center for Pastoral Liturgy in 1983, and the Elbert M. Conover Memorial Award from the American Institute of Architects Interfaith Forum on Religion, Art and Architecture in 1979. 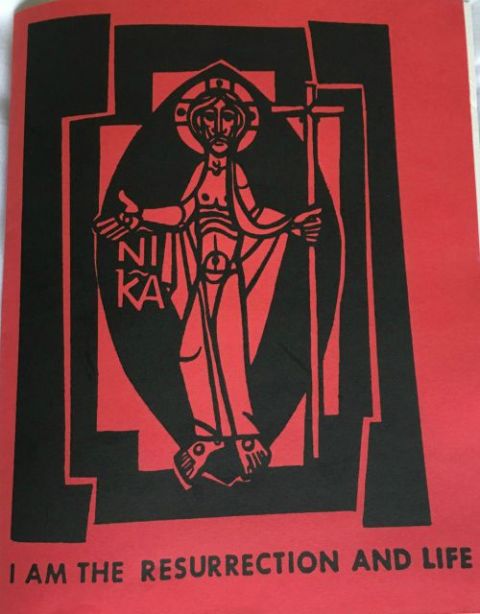 He was on the Board of the Liturgical Conference and was a founding member or instrumental in the establishment of several major liturgical associations including the North American Academy of Liturgy, the Federation of Diocesan Liturgical Commissions and American Institute of Architects Interfaith Forum on Religion, Art and Architecture.

Rambusch was married to Nancy McCormick Rambusch, an early childhood professional and innovative educator who founded of the American Montessori movement. She died 1994. He is survived by his son Rob (Kathy) and his daughter Alexandra (Rick).

[Material from the Catholic News Service archives was used in this report.]

A version of this story appeared in the Sept 22-Oct 5, 2017 print issue under the headline: Rambusch's influence on liturgy endures .

Childlike familiarity with Mystery: an appreciation of Bob Rambusch

Not all welcome guidelines on hymn lyrics