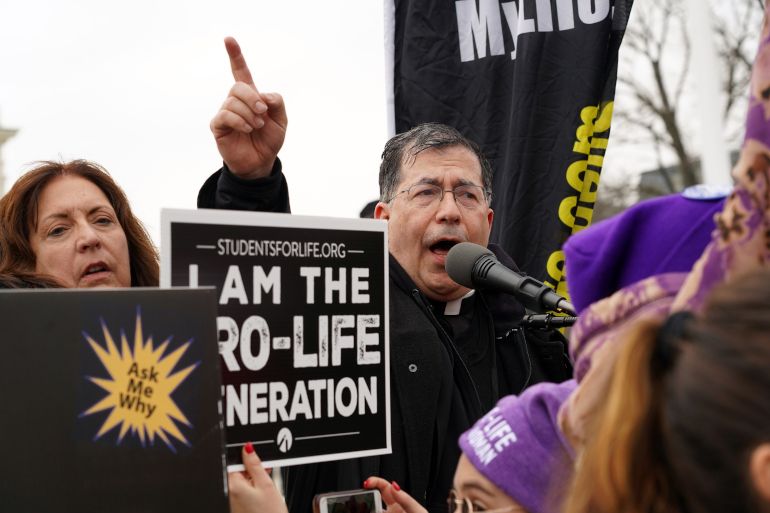 Rome — For a variety of reasons, "especially in relation to the political situation" in the United States, the Legionaries of Christ university in Rome will not honor Fr. Frank Pavone, national director of Priests for Life, said the head of the university's bioethics faculty.

The bioethics department of the Pontifical Athenaeum Regina Apostolorum had announced Jan. 7 on the university's website that it would give Pavone its "A Life for Life" Award and that a Switzerland-based association would provide a monetary prize "to recognize and support Father Pavone's mission."

Less than a week later, the university's academic vice rector issued a statement saying, "Taking into account elements that were not considered at the time of the original decision, the Faculty of Bioethics will forego the awarding of the prize to Father Frank Pavone."

"We are very sorry for the misunderstandings and objections this situation caused," said the statement signed by Legionaries of Christ Fr. David Koonce.

Asked what the additional "elements" were, Legionaries of Christ Fr. Gonzalo Miranda, dean of the bioethics faculty, told Catholic News Service Jan. 14, "It was a sum of factors, especially in relation to the political situation, but also ecclesial."

Pavone, a staunch supporter of U.S. President Donald Trump, had been in the news for his political rhetoric and for his continuing tensions with his bishop.

The initial plan was for Pavone, a priest of the Diocese of Amarillo, Texas, to receive the award Jan. 25 during an online event.

When it announced the award, the university said it would recognize the priest's "decades of service in the promotion of a culture of life," and his role as founder and director of Priests for Life. "In addition," the original announcement said, "it will recognize his activism in speaking in defense of the unborn."

But in addition to his role at Priests for Life and with the Rachel's Vineyard program of retreats for women who regret having had an abortion, Pavone has engaged in very public, very controversial election support for President Trump.

Miranda had told Catholic News Service Jan. 11 that members of the faculty considered possible objections to honoring Pavone, including the "political questions where people can have different opinions, but that is not what we are rewarding."

The faculty initially had decided to move ahead because "the award honors a person who has dedicated his life to defending the sacredness of human life," he said.

As recently as Jan. 8, Pavone's "End Abortion" podcast included a prayer in which he said, "Lord, we acknowledge the blessings you have given us — you are still giving us — through President Donald Trump. We thank you for all the accomplishments. Lord, we pray for our fellow citizens who are so very blind — blind with a capital B — so blind that they do not see the greatest political leader that we've ever had."

Who is Fr. Frank Pavone?

Roe v. Wade may be in peril, but future of anti-abortion movement is unclear