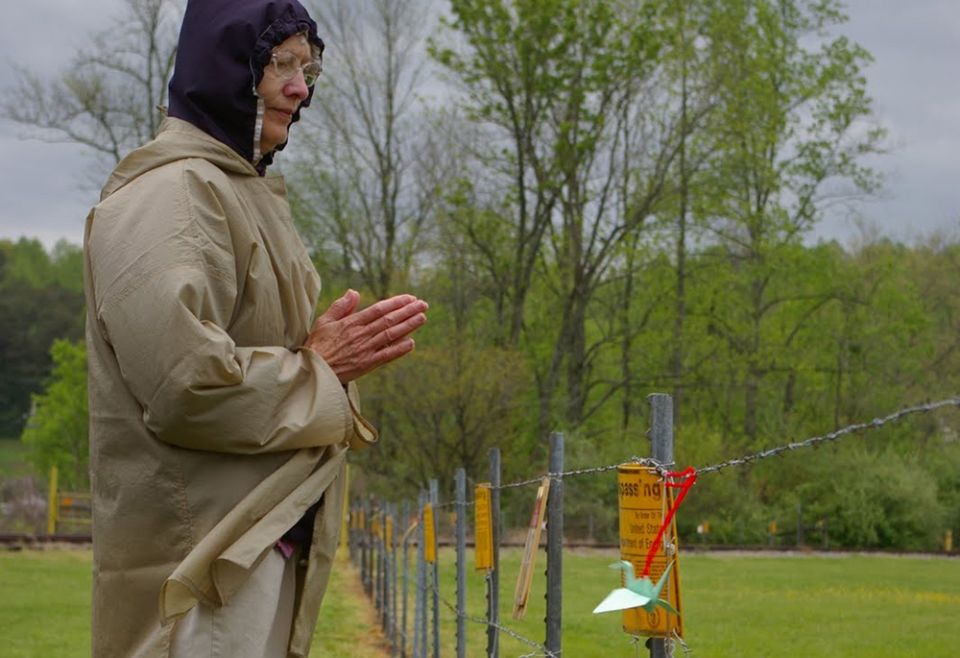 Presentation Sr. Mary Dennis Lentsch sat quietly in the shadow of death, sometimes for 24 hours, other times for a full week, exposed to the elements, often deep in prayer at the gates of the Y-12 nuclear weapons plant in Oak Ridge, Tennessee, a place where weapons of mass destruction are manufactured.

Lentsch, 85, who spent months in jails and prisons for crossing lines and hopping fences to protest war and nuclear weapons, died Aug. 13, two years after she was diagnosed with pancreatic cancer.

A humble, soft-spoken advocate for peace and human needs, Lentsch enjoyed a contemplative side when she would take up residence outside Y-12 to pray, fold paper peace cranes and read her Bible. She called her witness a "peace presence" that was "almost like a retreat." She would sleep in a pickup truck at night. 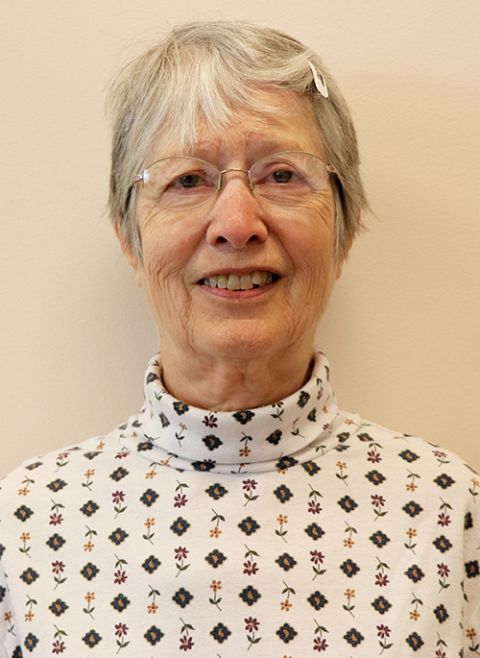 Lentsch leaves behind several communities of those who loved her and supported her — the Presentation Sisters of Dubuque, Iowa; Knoxville's Oak Ridge Environmental Peace Alliance; Tennessee's Narrow Ridge Earth Literacy Center; and, Knoxville's Riverside Catholic Worker House. She is also remembered by scores of women she loved during her years of anti-poverty work and support for the economically impoverished — most often women and children in Appalachia.

As often happens to Catholic missioners who join communities of marginalized people, they begin to see the connections between abject poverty, the neglect of the poor and expenditures for weapons and war.

In a 2011 NCR interview, Lentsch said her ministry with the poor quickly forced her to look at the "deep connections" between poverty and military spending, and she wanted to "raise her voice" against the spending, which, she said, was "holding basic human needs hostage."

That connection, and her later stewardship work to protect God's creation, helped form the basis for Lentsch's diverse work as an activist.

Bill Nickle, founder of Narrow Ridge Earth Literacy Center, said Lentsch worked several stints at the center, always living in a small cabin that she shared with a black snake.

"She was on staff here more than once," Nickle said. "More often than not when she wasn't here she was in jail."

Located on the "poor side" of Clinch Mountain in Grainger County, Lentsch spearheaded the effort to bring a recycling center to the county, and led educational programs on earth literacy with college students utilizing the teachings of the late cosmologist Fr. Thomas Berry.

She taught Berry's concept of the "Cosmic Walk," Nickle said, as well as a program she called "A Day Apart," a day of reflection for the students. 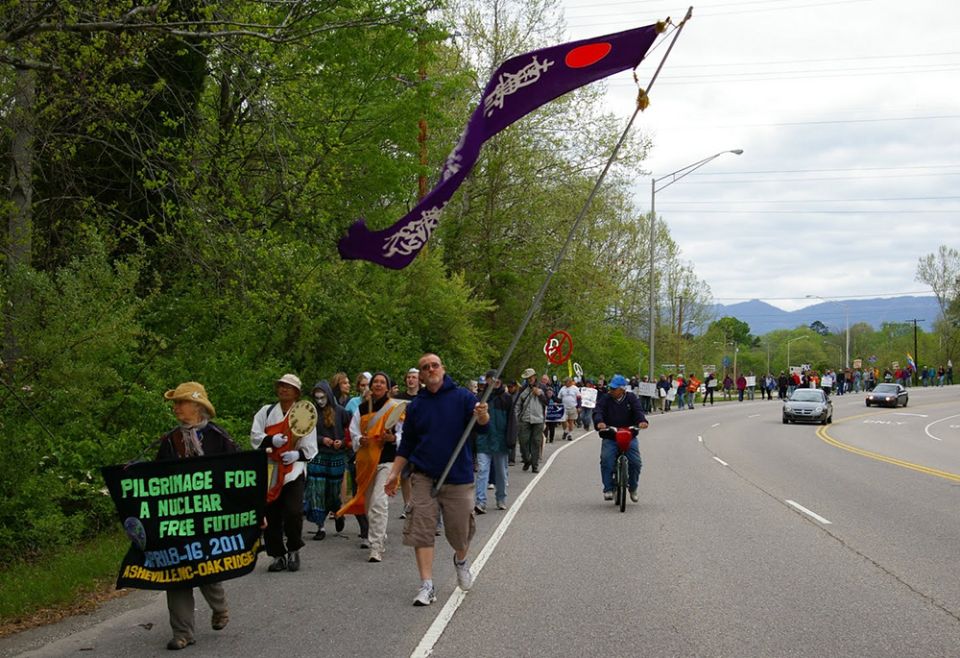 "She was known for not having anything," Nickle said. "She just had clothing and that was it."

"When she was in court she'd say: 'This is what I'm meant to do. I'm not trying to avoid the jail term or anything.' Even in jail or in prison that was just part of her work to help other women to understand what their role in life was."

Nickle said when Lentsch discovered a black snake living in the loft of her cabin, she said, " 'Well, you know that snake's got a right to live up there so I'll just give the loft to the snake, and I'll just move my cot into this little entrance hall here.' So she lived with the snake. She felt this wasn't only her house; it was the snake's house as well."

Lentsch left her family farm in Iowa as a young woman to join the Sisters of the Presentation of the Blessed Virgin Mary. After a 25-year teaching career in Iowa and Minnesota, she moved to Tennessee in 1989 because she was interested in anti-poverty work.

Her sister, Maureen Hobart, who was just a year younger than Lentsch, called her sister's switch from teaching to peace work her "new life," adding she and her two other sisters made it a point to always visit their oldest sibling when she was incarcerated.

Twice, Lentsch was sentenced to federal prison in Lexington, Kentucky; her longest stint was six months for trespassing at the U.S. Army's School of the Americas in Fort Benning, Georgia.

Hobart did have one criticism of her sister's radical life choices. "When she was at Narrow Ridge I did not approve of the house that she was in." Hobart said the cabin reminded her of an outhouse her family had used back in the day. 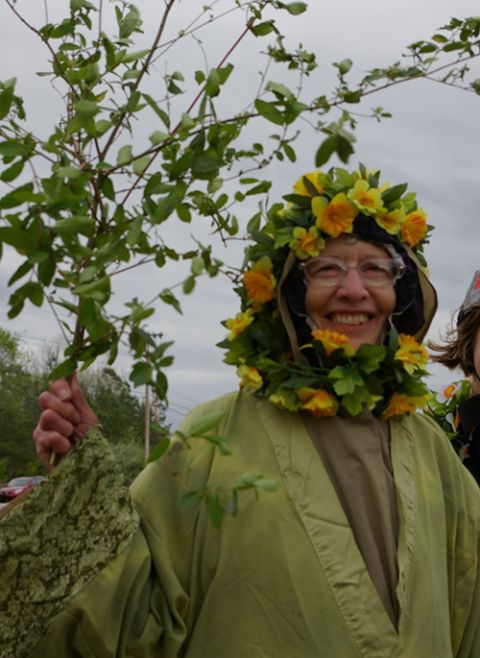 Presentation Sr. Richelle Friedman, a close friend of Lentsch's for more than 50 years, is director of public policy for the Coalition on Human Needs in Washington, D.C.

"There is the expression, 'Live simply so others may simply live.' I don't know of another human being who exemplified simple living like Mary Dennis," said Friedman.

"If there was a need Mary Dennis went toward it, even when it required learning new skills," said Friedman. "When she went to an impoverished community in Tennessee and learned from the people that their greatest need was for child care and there was no building nor money, she said to the women, 'We will do this together.' And they created a child care center and in the process the women there were empowered.

Friedman said Lentsch's choice to risk prison was initially "hard for some Sisters to comprehend."

"Over time as Sisters witnessed Mary Dennis' passion for justice and her call to nonviolent action greater understanding and deep respect emerged," said Friedman. "Mary Dennis is a justice-giant. I know her ministry on behalf of nonviolence came from integrity and her commitment to deeply held beliefs. She ascribed her promise to renounce and resist evil as being based in her Baptismal promise and vows as a Catholic sister. She led a reflective life and her discernment to do nonviolent action came out of her call from God. It was what her faith required."

The Rev. Erik Johnson, a Presbyterian pastor who was arrested with Lentsch at Y-12 on New Year's Eve in 2002, said the Y-12 security force drew their weapons on the protesters.

"We made our way deeper and deeper onto the grounds calling for disarmament of the production of nuclear weapons," Johnson said. "Finally, we were sighted just as we arrived at one of the perimeter buildings and were confronted by security personnel, some drawing their rifles and pointing at us.

"As usual, Mary Dennis was fearless as she always was in every action, and every jail and prison cell she found herself in." 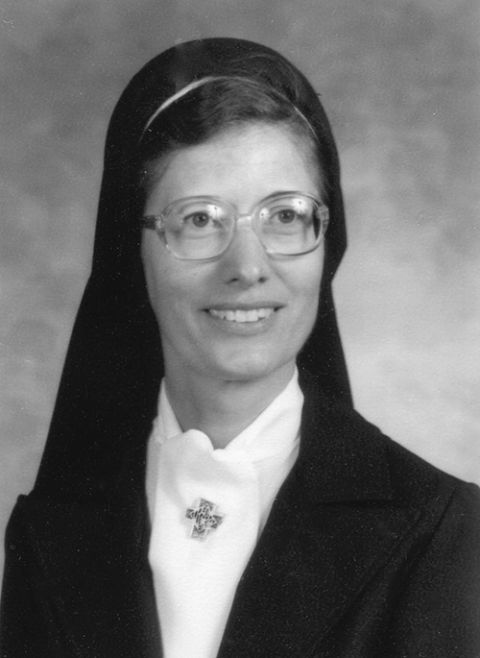 Elizabeth Ann Lentsch was born Jan. 15, 1937, in Vincent, Iowa, the eldest of five children of Raymond and Joann (Collins).

She entered the Sisters of the Presentation from Clare, Iowa, on Sept. 8, 1954, and professed her perpetual vows on Aug. 22, 1962. She earned a bachelor's degree from Clarke College (now Clarke University) in Dubuque, Iowa, and a master's degree from Pittsburg State in Kansas.

An obituary from her religious community stated: "Sister Mary Dennis would like to be remembered as a woman who made every effort to cooperate with grace in joyfully living the Gospel of Jesus. She valued prayer and community service."

Surviving are her sisters, Hobart and Rowena White, nieces, nephews; and her Sisters of the Presentation, with whom she shared her life for 68 years, according to the obituary. She was preceded in death by her sister and brother-in-law, Raynette and Jim Derksen; her brother, Dennis; and brothers-in-law Pat Hobart and Jim White. Lentsch donated her body to the University of Iowa for medical education and research.

A wake and funeral Mass will be celebrated on Aug. 27. 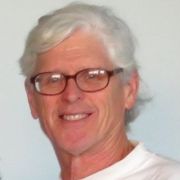 Patrick O'Neill is a longtime contributor to NCR. He is a co-founder of the Fr. Charlie Mulholland Catholic Worker House, which opened in 1991 in Garner, North Carolina.