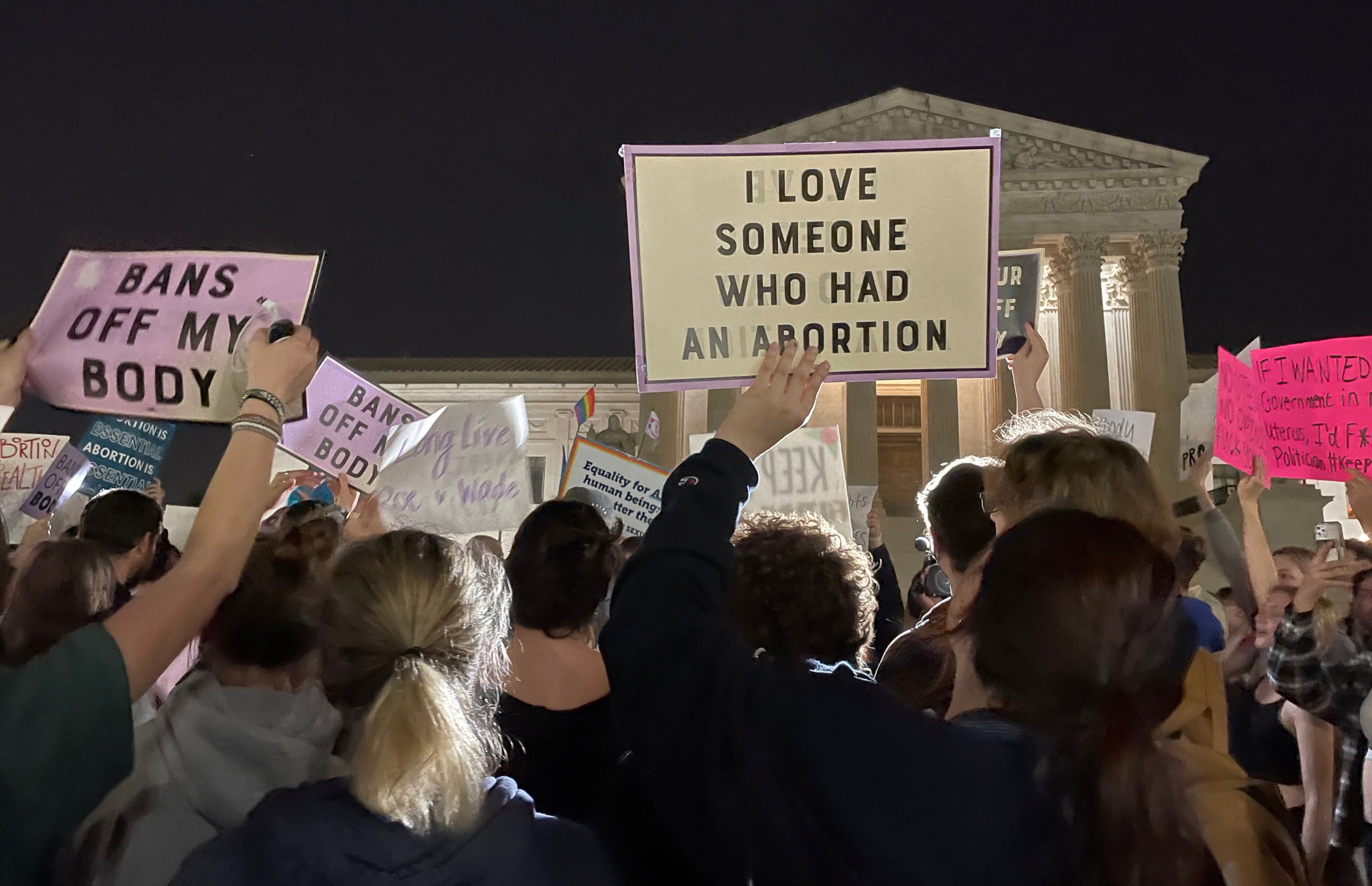 A number of polls in recent days have shown that a majority of Americans think abortion should be legal; a new Pew Research survey is no exception.

The large survey of 11,044 Americans, released Friday (May 6), shows that 61% of respondents said abortion should be legal in most or all cases — little changed from 1995 when 60% said the same.

But contrary to what many may assume, those opposed to abortion are not necessarily all religious. In fact, the country's many religious groups have wide-ranging opinions on the legality of abortion.

The only religious group that overwhelmingly opposes abortion is white evangelicals, 73% of whom say abortion should be illegal. Many white evangelicals celebrated earlier this week when a leaked draft opinion showed that a majority of Supreme Court justices are ready to overturn Roe v. Wade and eliminate women's constitutional right to abortion. (The actual ruling is expected in June.)

White evangelicals are also far more likely than other religious groups to say life begins at conception, the survey found. An overwhelming number of white evangelicals — 86% — said the assertion that the fetus is a person with rights reflects their beliefs "extremely well" or "somewhat well."

"They're both highly religious groups," said Besheer Mohamed, a senior researcher at Pew Research referring to white evangelicals and Black Protestants. "But their views on abortion are very different."

But perhaps the biggest misconception about religious groups is the widely held view that Catholics universally oppose abortion rights. While the Catholic Church has consistently opposed all forms of abortion — and the U.S. bishops have made it a defining teaching of the church — the Pew survey shows that 56% of Catholics say abortion should be legal in all or most cases. Only 44% of Catholics said they were "extremely" confident that life begins at conception.

"The bishops have been trying to convince their own people and have failed," said the Rev. Thomas Reese, a Jesuit priest and senior analyst for Religion News Service. "Catholics don't listen to the bishops."

The Pew survey did not break down religion for minority faiths, such as Jews and Muslims. But a new study issued Thursday from the Institute for Social Policy and Understanding finds that 75% of American Jews and 56% of American Muslims believe abortion should remain legal.

The survey found that younger Muslims were more likely than Muslims aged 50 and older to believe abortion should be legal in all cases.

"The wider society may think Muslims are less supportive of legalized abortion, but that's clearly not the case from this data," said Meira Neggaz, executive director of the Institute for Social Policy and Understanding.

"One commonality across these groups is that sizable numbers in all of them see the issue of abortion in shades of gray," the Pew survey found.

For example, a majority of all religious groups, including white evangelicals, said abortion should be legal if the pregnancy threatens the life or health of the woman. And all religious groups, including 56% of white evangelicals, said that how long a woman has been pregnant should matter in determining when abortion should be legal.

The Pew survey had a 1.5 percentage point margin of error for the entire study.