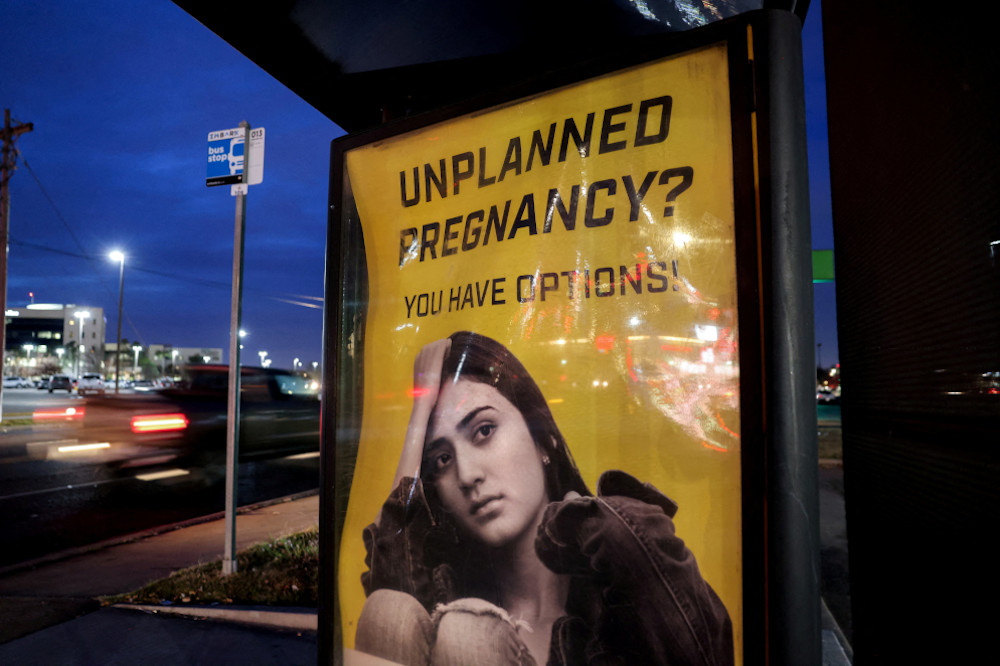 Born just three months after the watershed Roe v. Wade decision in 1973, John Gregg has early memories of being led around more than one National Right to Life conference as a toddler by his Catholic adoptive parents, who were enthusiastically anti-abortion.

"I'd walk around where people were tabling, and I'd see photo albums of aborted fetuses," Gregg recalled. "People would say, 'You were adopted? That's great! This is what would have happened to you if you hadn't been adopted.'"

Gregg, 49, said his adoptive parents struggled with infertility but also adopted him to make a point. "My experience growing up is that I was adopted, in large part, as a protest against abortion," he said in a recent interview.

For the last five decades, many adoptees say, they've been pawns in the national abortion debate. That debate has been reignited this spring as the Supreme Court moved to overturn Roe, and adoption has played its customary role as an alternative in TikToks; in posts of couples on Instagram holding protest signs announcing "We will adopt your baby;" even in a footnote in the Dobbs v. Jackson Women's Health Organization ruling itself citing a severely limited "domestic supply of infants."

Many adult adoptees are tired of being rendered as products to prove a point. They challenge the argument that adoption is a simple, sacred and mutually beneficial solution to unplanned pregnancy.

"The commodification of children should never be in the same conversation or context when it comes to a person with a uterus and their access to health care," said Tory Bae, who was adopted from South Korea and raised in Minnesota. "It's two completely separate things."

According to a 2022 poll from PRRI, 83% of white evangelicals who identify strongly with their religion believe abortion should be illegal in most or all cases, as do 64% of white Catholics who strongly identify with their religion. These same groups — Catholics and evangelicals — have historically been some of the greatest promoters of adoption. Christian Alliance for Orphans reports that between 2010 and 2017, charitable giving for Christian adoption rose 81%, and a 2013 study from Barna Group found that practicing Christians are twice as likely to adopt than Americans generally.

Elisha Marr, associate professor of sociology and director of the gender studies program at Calvin University in Grand Rapids, Michigan, questioned the influence of religiosity on a person's decision to adopt. She recently analyzed 2013 – 2015 data from the National Survey of Family Growth and found that those who have adopted are less religious than those who have considered or taken steps to adopt. Instead, Marr said, "infertility and miscarriage are much more likely to predict whether someone seeks to adopt than religiosity in my research." But when families do adopt, Marr added, they often frame their adoption in religious terms: "We went down this path, God closed these doors, and now God has led us down this path," Marr summarized. 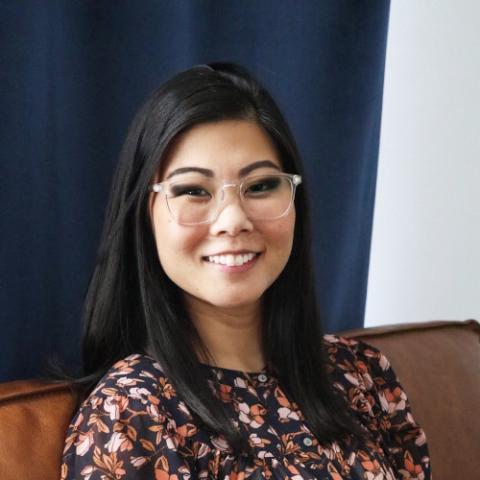 Bae, 35, like other adult adoptees, argues that adoption should only be viewed as a parenting issue, not an abortion substitute. The adoption industry, adoptees say, including the nation's 8,000 faith-based child-placing agencies, skews the process for the sake of profit.

"I'm not anti-adoption," said Bae, "but I'm definitely not for adoption."

Adopted in 1987 by a Lutheran couple, Bae remembers being singled out as "blessed" at church. Her parents never pressured her to feel grateful for being adopted, she said, but her experience has left her wary of American adoptive parents' goals.

"We as Americans, and especially as American Christians, feel we are entitled to children, that we need and deserve children. What length will we go to complete our family?" asked Bae. "Adoption of any kind — privatized, domestic, international or through the foster care system — is not a family-building tool."

Bae believes adoption should be a last resort to meet children's needs, not a chance for couples to satisfy a wish to have kids. In most cases, Bae said, biological families ought to be given resources to make it possible to keep their children. 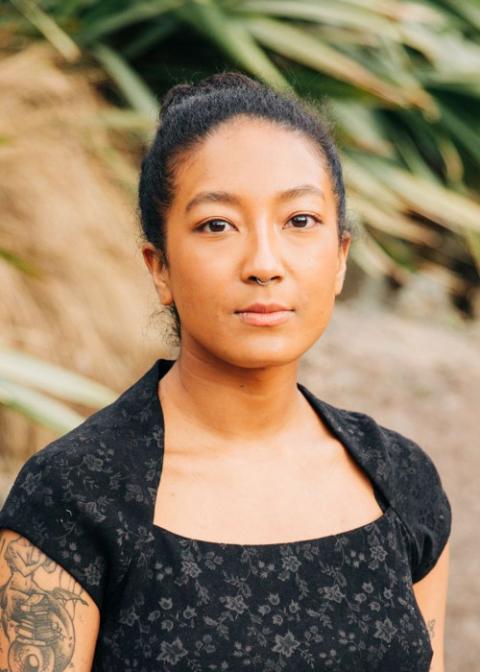 Keturah Wik, a 28-year-old adoptee in Portland, Oregon, agrees that the money adoptive families spend would be better redirected toward family preservation. "We are looking at families who are willing to pay upwards of $30,000 to essentially purchase a child and care for them," Wik said. "Why can't we hand that to that woman who is considering an abortion? If you want the child to be born, and to exist, why must it go to someone else, versus staying within their biological connection?"

Adoption is not as simple as it is sometimes portrayed, Wik said. A half-Black, half-Korean child adopted by a white evangelical family in Eastern Washington, she had to learn to code-switch and endured racial and cultural microaggressions. As one of the few people of color in her Nazarene church, Wik often felt her experience was overlooked.

"If an adoptive family is willing to do a lot of work ahead of time — a lot of education, a lot of understanding adoptee perspectives and understanding how the adoption system is flawed — and are then willing to consider an open adoption, I believe that's a way adoption can be done correctly and ethically," said Wik. "But many adoptive families are unwilling or unable to do that work."

Gregg believes adoption should be abolished entirely. Those vying for adoption in the wake of Roe, he said, should forgo adoption in favor of supporting family preservation. 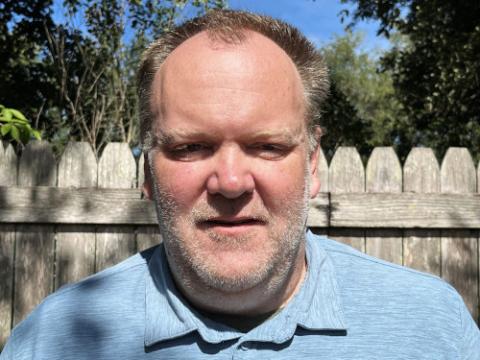 For decades, Gregg knew little about the circumstances of his birth, though he'd always been told he was born to an unwed teenager. Then, in 2018, he was given a DNA genealogy kit that led him to his biological mother. When he was born, she was 26 and already had four kids. According to his sister, their mother was separating from their alcoholic father when she learned she was pregnant with Gregg.

"I didn't need to be adopted," Gregg told RNS. "I've been told by family members, specifically by my mother's brother, that had they known about me, they would have helped her out."

Gregg is unconvinced by the religious pro-adoption arguments he encountered in the Catholic Church. As a last resort, he suggests instead legal guardianship — a temporary arrangement that preserves biological parents' legal rights and the adoptee's original birth certificate. "There are calls in the Bible to house the homeless and feed the poor. That doesn't mean to take their children from them," Gregg said. "Adoption is seen as a religious solution … but at the heart of the matter, it's just that people want children and they can't have them themselves."

Pamela A. Karanova, a 47-year-old adoptee living in Lexington, Kentucky, opposes adoption in large part because she believes being relinquished by a biological parent and adopted by a stranger is inherently traumatic. She was adopted in Iowa in 1974, but her adoptive parents divorced a year later. Her adoptive mother raised her, she said, in a "mentally and emotionally abusive household."

Her mother, a Christian, framed Karanova's adoption as a blessing from God because it allowed her to be a parent. Focusing on her own feelings left little room for Karanova's complicated emotions. "It left no room for my questions, my grief, my loss and my sadness," Karanova told RNS. 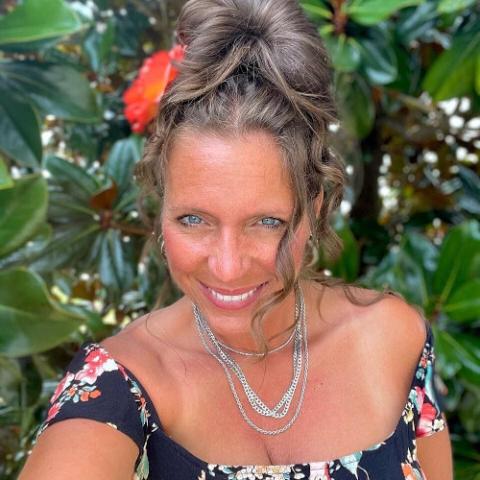 Offering adoption as an alternative to abortion ignores the trauma experienced by many adoptees, she said. "We don't appreciate being poster children for the pro-life movement."

Marr, the sociology and gender professor, agreed with Karanova's assessment of the traumatic nature of adoption, noting that even those separated from their biological parents at birth will have a "broken relationship that they go through."

There are plenty of adoptees who see no need to reform the process or end it. The adoptees who do see a need to reform it tend to be those who wrestled with trauma, grief or loneliness. But that covers a lot of adoptees, who are four times more likely to report a suicide attempt than other people, according to a 2013 study.

Some adoption agencies may be open to new approaches. Bethany Christian Services, an evangelical heavyweight in the adoption industry, has paused infant adoption applications (citing the declining number of infants available to adopt) and, according to its website, is "committed to investing in services that safely keep families together," including its Safe Families program that coordinates a volunteer-based support system for families facing crisis situations. Bethany Christian Services did not return a request for comment in time for this story.

Still, thanks to technology, adoptees' voices are being heard like never before.

"I'm not anti-adoption, but I'm definitely not for adoption."

Greg Luce, an adoptee and an attorney who helps adult adoptees find their original birth certificates and other sealed documents, began the Minnesota-based Adoptee Rights Law Center in 2017 after struggling to obtain his own birth certificate.

"People should have full, unfettered access to the information about their own identity and birth and place in the world," said Luce, who noted that 18 states require a court order to release an adoptee's birth record. "I've talked to many adoptees who, when they receive news of who they were born to … finally for the first time in (their) life feel tethered to the earth."

Luce is part of a new wave of adult adoptees exchanging adoptee-centric resources. Gregg and Wik, both of whom no longer belong to the Christian denominations they were raised in, have found a new sense of belonging among online adoptee groups where they share insights. Since 2018 Karanova, who documents her adoption journey on her website, has facilitated adoptee meetings in dozens of U.S. cities through her organization Adoptees Connect.

Meanwhile, Bae has been discussing adoption and religion on her TikTok account @torybae, which boasts more than 113,000 followers, since 2020.

"I'm seeing more books and more dialogue around adoption in the last four to five years than I think has ever happened," Wik noted. "That is something that has been just wonderful to witness."