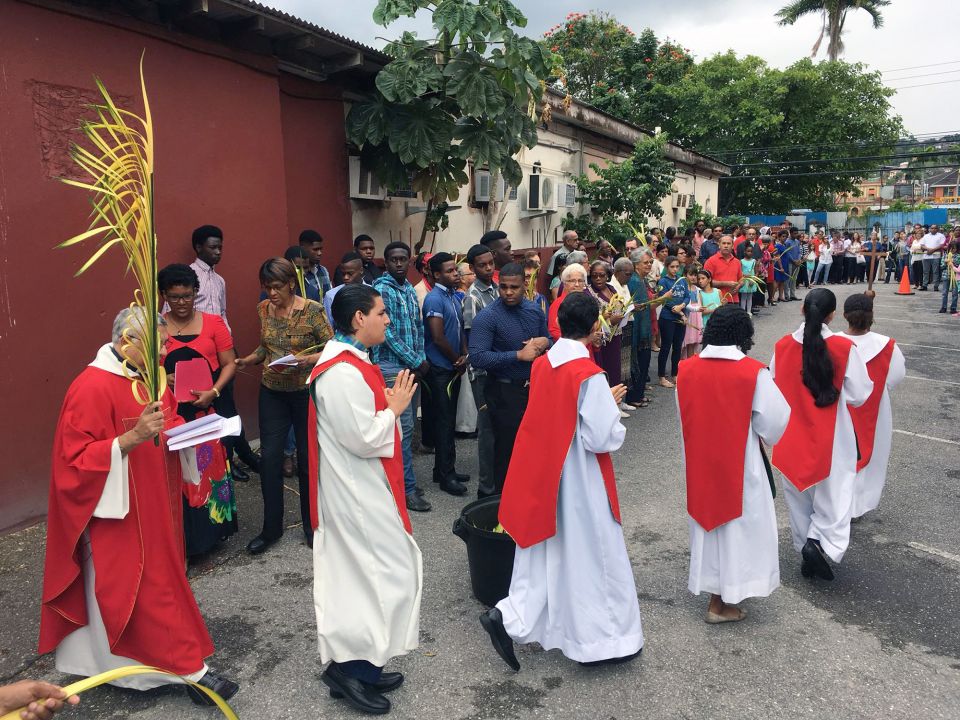 Port of Spain, Trinidad and Tobago — Yesenia Gonzalez immigrated to Trinidad and Tobago, the twin island Caribbean nation, from Venezuela 40 years ago when she was 18. She has raised her children and set up a successful business here.

But in recent months, Gonzalez has been spending less time with her loved ones and more time fighting for the safety of thousands of fellow Venezuelans fleeing to Trinidad and Tobago due to the economic and political tumult in their home country.

Since then, Venezuelans in Trinidad and Tobago are afraid the same would happen to them. Efforts to speak with Venezuelans were mostly unsuccessful. Many are lying low as news of a "massive roundup" by officials spreads.

"I've been living in Trinidad 40 years, and I never experienced something like this, how they are prejudice[d], racial," Gonzalez said. "Why is it a problem now?"

The exact number of Venezuelans fleeing to Trinidad and Tobago is hard to come by. Chief Immigration Officer Charmaine Ghandi-Andrews said in April that 150 to 200 Venezuelans are entering the country every week. But that number doesn't account for those being smuggled in or coming through different ports of entry. Ghandi-Andrews estimated that 60,000 Venezuelans had arrived between 2014 and 2016.

In the midst of the crackdown, Catholic Church leaders on the twin island are working to ensure Venezuelans receive compassion and a place to feel at home.

Following the April deportation, Archbishop of Port of Spain Charles Jason Gordon spoke out against the government's treatment of Venezuelans and other migrants. He warned citizens against being "stingy" — and his new initiative is anything but.

This May, the archbishop announced that a Ministry for Refugees and Migrants would be established in every parish and ecclesial community on the twin island. The initiative is launching on Wednesday (June 20), World Refugee Day. It's in keeping with the "Bridges of Solidarity" project promoted by Pope Francis and the Vatican for Venezuelan migrants.

"At the parish level, it can be a first response to migrants and refugees," said  Gordon. "It will offer help to people who are in a foreign country, who have no family and no one."

Venezuelans and other migrants will be given food, clothing and shelter at any church on the island. They will not have to travel to the capital for help.

"We will ensure people get registered (and) become legal as early as possible," said Gordon. He noted that in the 19th century, Trinidad and Tobago benefited from Venezuelan migrants working in the cocoa industry.

"They didn't take away from the country; they actually contributed," he said.

The Living Water Community, a lay Catholic organization led by co-founder and director Rhonda Maingot, has been working with the United Nations refugee agency since the 1990s to help migrants through its Migrant and Refugee Centre.

In 2013, Living Water entered a formal agreement with the U.N. and the country's Immigration Division to offer screenings, registration and care for migrants. In the past two years, they have seen 6,000 Venezuelans. But Maingot said that number could have doubled.

"Recently we have seen many more Venezuelans than anyone else, so a lot of our work right now is with Venezuelans," she said. "It's so many that we can't assist all. We try to assist the most vulnerable and most in need."

Until Wednesday's launch, parishes are busy preparing to receive the influx of Venezuelans seeking help. Gordon said parish training will sensitize lay Catholics to the plight of Venezuelans and teach them how to care for those in need.

Gordon believes that both government and the church have a role to play.

"Government has to protect the country from overwhelming numbers of people that can put a strain on the country," he said. "But we need to understand why we need to be merciful."

Maingot said that education and awareness are integral in changing citizens' attitudes toward Venezuelans.

"I feel horrified to see how we as a nation have turned against people in such need," she said. "God forbid one day we might be in a situation where we have to leave this country and leave everything behind. If that ever happens, we would want someone to open their doors to us."

In the meantime, Gonzalez has been pleading with government officials to show leniency.

She said fear and ignorance fuel how Trinidadians have been treating Venezuelans.

"They are not coming here to take no food from you, to take your job and all of that," she said. "A lot of Venezuelans coming here are professionals. But it's the ignorance of some of them in Trinidad that feel they are going to take their husbands."

As recently as June 8, Gonzalez heard the news that four more Venezuelans were deported. She said at least 104 are being held at the Immigration and Detention Centre in Wallerfield. Gonzales said she intends to hire lawyers to defend the rights of those seeking refuge.

"The prime minister … (and) chief immigration officer need to come in and be more compassionate to the people of Venezuela," she said. "The minister of national security has to be a little more compassionate. Things could turn around, and Trinidad could go through the same thing like Venezuela right now."