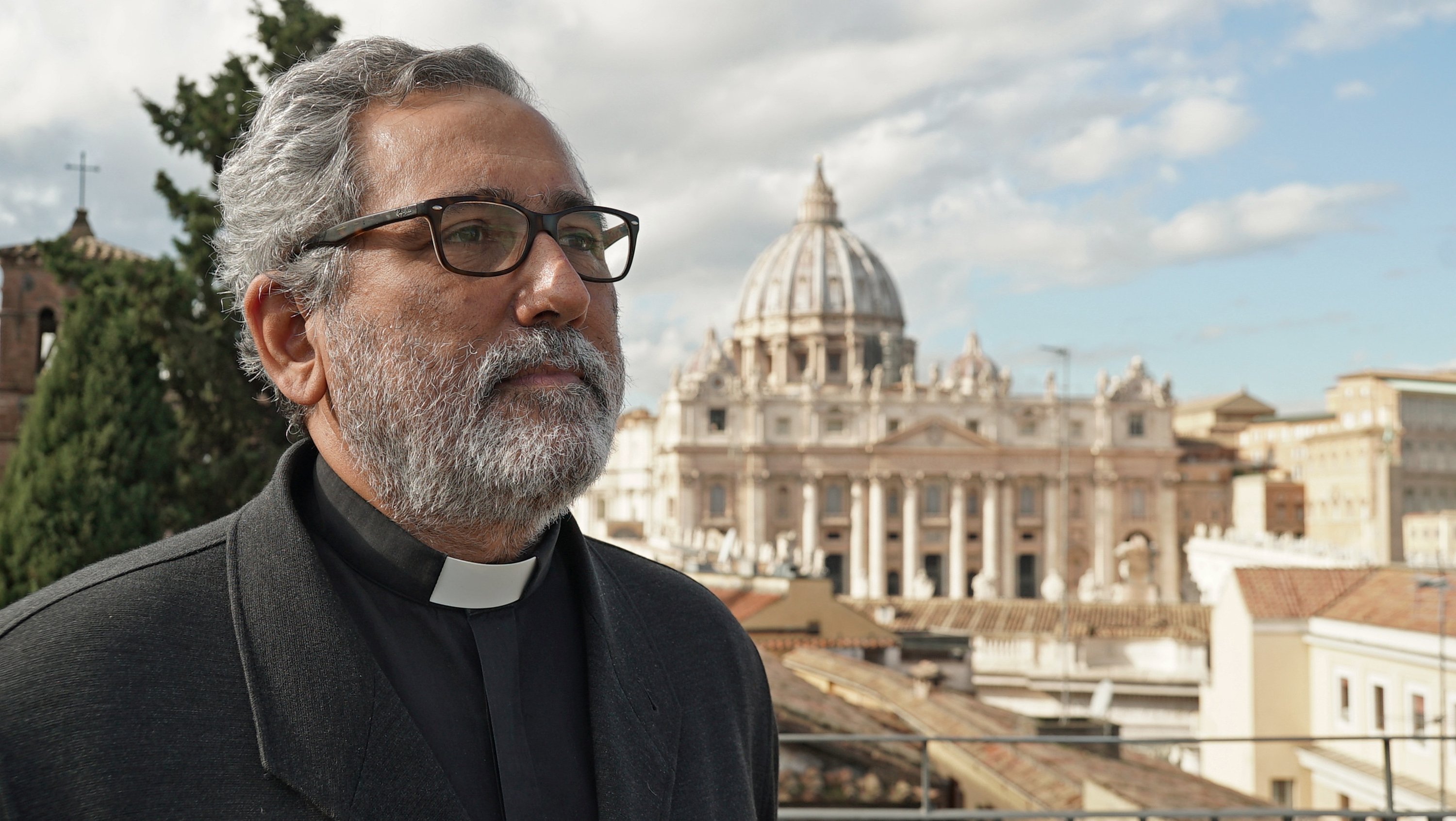 Jesuit Father Juan Antonio Guerrero Alves, prefect of the Vatican Secretariat for the Economy, is pictured near the Vatican in an undated photo. (CNS photo/courtesy Society of Jesus)

The Vatican reported the Roman Curia had a $78 million deficit in 2020, and on the same day, the Administration of the Patrimony of the Holy See, which administers Vatican properties and investments, made a summary of its annual budget public for the first time.

Releasing both reports July 24, the Vatican said the coronavirus pandemic had a serious negative impact on the Vatican's financial situation, including the 66.3 million euros ($78 million) deficit in the consolidated budget report for 2020.

In an interview with Vatican News, Bishop Nunzio Galantino, president of the Administration of the Patrimony of the Holy See, known by its Italian initials APSA, said making the budget synthesis public was "a step forward in the direction of transparency and sharing."

"The release of the balance sheet is a sign of great respect for all those who, with trust and generosity, have placed and continue to place part of their resources in the hands of the Catholic Church," Bishop Galantino said.

"I harbor a secret hope: I hope that the publication and reading of the numbers and the important notes that accompany them will foster more correct and complete information," he added.

In 2019, Italian journalist and author Gianluigi Nuzzi claimed in his book "Giudizio Universale" ("Universal Judgment") that decades of mismanagement of the Vatican's investment portfolio and real estate holdings by APSA would leave the Vatican no choice but to default by 2023.

APSA directly administers 4,051 properties in Italy and entrusts to outside companies the administration of some 1,200 properties in London, Paris, Geneva and Lausanne, Switzerland, the Vatican report said.

Aside from the economic challenges posed by the pandemic — including a need to reduce the rents of businesses that could not function during lockdown — Bishop Galantino told Vatican News the drop in its income was largely due to the "changing behavior of the securities market."

Jesuit Father Juan Antonio Guerrero Alves, prefect of the Secretariat for the Economy, told Vatican News his office was committed to providing as much detailed information as possible.

"We come from a culture of secrecy, but we have learned that in economic matters transparency protects us more than secrecy," he said.

While 2020 was not a good year, he said, the Roman Curia's budget deficit was "better than what we expected."

"Instead, with a deficit of 66.3 million euros, the end result was slightly better than the projected best-case scenario, and decisively better than what we had projected in the revised budget in March," Father Guerrero said.

While most Vatican offices reduced costs during the year, Father Guerrero also noted that in 2019 the Peter's Pence collection was used to subsidize 32% of Vatican dicasteries' expenses, while in 2020 it was used to cover only 24%.

Furthermore, despite the economic difficulties and orders to Vatican offices to reduce spending, the congregations for Eastern Churches and for the Evangelization of Peoples increased the aid sent to local churches experiencing even greater difficulty.

The coronavirus pandemic "has given us the possibility of being able to provide additional help at a difficult moment for all humanity, thus making the church present in areas with fewer resources to deal with the pandemic," Father Guerrero said.

"The economic situation was worse, but the mission expanded. This is further proof that the criteria driving the church are not economic," he said.