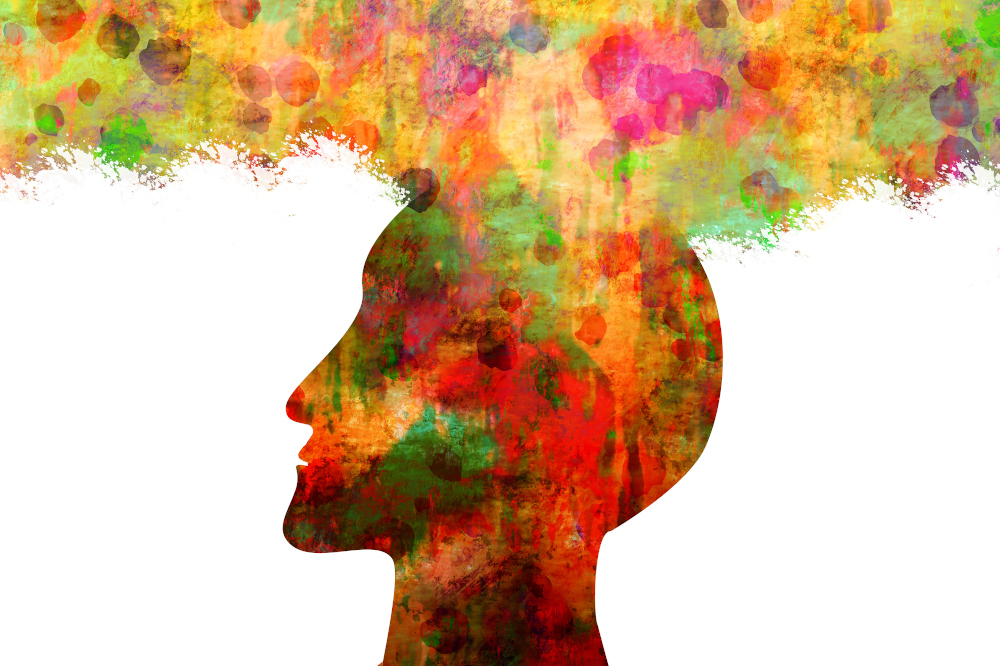 Recently an assistant professor of African studies at a Catholic university was preparing to oversee a doctoral student's oral examination when she heard from the theology department, in which she serves as a student adviser and teaches cross-listed courses.

The professor was told, two weeks before the exam, that a comparative theologian would sit in on the examination with her. The exam did not go smoothly because of the clearly differing expectations of the two examiners. The episode disturbed the professor, who is Black: "There was a reluctance to see me as a peer," she said, "and a hesitation about my qualifications as a scholar of religion."

Though her appointments are in art history and African studies, "I'm a religion scholar," she told Religion News Service. "That's what I am."

This professor's experience is part of a burgeoning conversation about racism at the highest levels of academia, particularly in divinity schools, theology departments and religious studies programs. Black religion scholars say their work is routinely undervalued and their advancement blocked by a bias that sees the study of Black religious experience as secondary to white theology.

The phenomenon was recently highlighted for many by Cornel West's resignation from Harvard in June after being denied tenure. Among West's complaints was that "all my courses were subsumed under Afro-American Studies, including Existentialism, American Democracy and the Conduct of Life."

West's experience has left some Black scholars wondering what measures they need to take for their profession to accept them.

"I mean, man, Cornel West can't even get tenure. How am I supposed to?" said one graduate student in theology, who, like the assistant professor, requested anonymity out of concern for their jobs.

Anthea Butler, chair of religious studies at the University of Pennsylvania, said, "I think theological schools have a very big issue in terms of race."

Butler, who listed several Black professors who have defected in recent years from Ivy League divinity schools, offered as evidence of the problem the fact that Yale Divinity School has no Black full professors — not, she alleged, for lack of candidates. 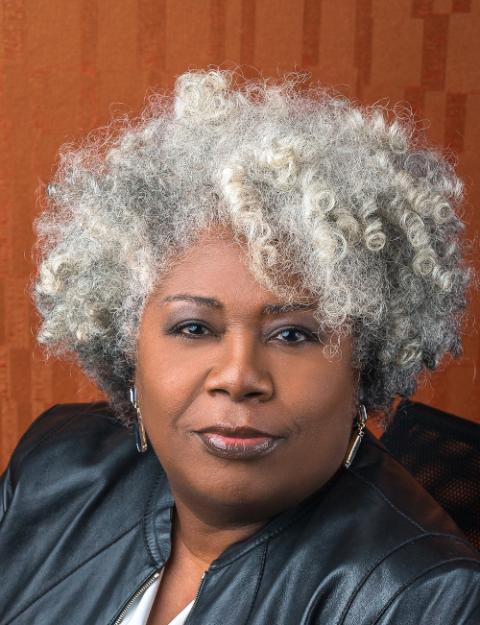 Butler herself said she was invited to apply for an associate professorship of African American religious history at Yale in 2018, and at the recommendation of the search committee wrote a second book and received a visiting research fellowship at the school, only to be told she didn't get the job. Not long afterward, she was awarded her full professorship at Pennsylvania.

A Yale Divinity School spokesperson said in an email that the school could not comment on personnel matters but noted that of the 15 tenure-track professors hired since 2012, seven are people of color, and that of four instructors promoted to associate professor this past spring, three are scholars of color.

One Yale religion scholar wants to get to the theological roots of the problem.

Willie James Jennings, an associate professor of theology at Yale, wrote in his 2020 book, After Whiteness, about white supremacy in theological education, saying it permeated his students' imaginations and his own. "Whiteness is not something outside the academy that has infiltrated the academy. The academy is formed in whiteness," said Jennings.

Jennings ran an experiment, asking students to imagine what an educated person looks like. "Most of them describe basically some white guy in a white coat," he said with a wry chuckle.

Another religion scholar who requested anonymity said that the methodology of religious studies and theology departments is steeped in academic norms developed during the European Enlightenment of the 17 and 18 centuries, and they continue to value abstract, conceptual knowledge over experiential or practical wisdom that tends to inform Black spiritual lives.

"Whiteness is not something outside the academy that has infiltrated the academy. The academy is formed in whiteness."

In this context, the professor said, Black American expressions of faith are treated with suspicion, or labeled too political or not worthy of serious study. As a practical example, he recalled perusing a collection of African art and religious artifacts at his university last year with a donor. In the middle of their conversation, the donor commented, "Well, none of this is real."

Ignoring Black traditions and ways of meaning-making is to persist in ignorance, this scholar said.

"African religion is everywhere," said Jacob Olupona, a professor of African and African American studies at Harvard. "African Christianity is everywhere. Africa, Indigenous religion is very strong in Brazil and the Caribbean. So how can you now refuse to include them in the conversation?" he asked.

The answer, Olupona believes, is that racism doesn't allow white scholars "to recognize the contributions of Blacks to the creation of knowledge in the academy or in the society."

In addition to conceptual injustices, there are the daily slights and insults from living in a white-dominated academic world.

Oludamini Ogunnaike, an assistant professor of African religious thought and democracy at the University of Virginia, recalls an orientation at his first tenure-track job at the College of William & Mary.

"I started absent-mindedly walking into the faculty orientation room while reading my packet," said Ogunnaike, when an administrator stopped him and directed him to another room.

"African religion is everywhere ... So how can you now refuse to include them in the conversation?"

"I wasn't really paying attention," he said, "so I walked into the staff room — which had an almost entirely Black audience — and after a minute or two, realized I was in the wrong room."

When Ogunnaike found the correct room for faculty orientation, he looked around and saw he was the only visibly Black person there. Rather than being angry at the administrator, he said, "I'm more upset at the system that racially sorts faculty and staff like that, and the fact that most of my white colleagues seemed to either not notice or not be bothered by these racial hierarchies."

Even when the opportunity for promotion arises, the experience can be fraught. Emilie M. Townes left Yale Divinity School after being considered for dean in a search process that she said felt "disingenuous."

"I felt like I was the diversity hire," she said. "They weren't seriously considering me."

The experience left her with such a negative impression, Townes said, that when Vanderbilt Divinity School asked her to apply for the same position, "they had to work hard to convince me it was going to be a serious process." Townes became dean at Vanderbilt in 2013.

Townes said she was lucky to find mentors early in her career: "This is true for all women, regardless of race, ethnicity, sexuality — if you don't have strong mentorship from someone, it's a really tough row to hoe." 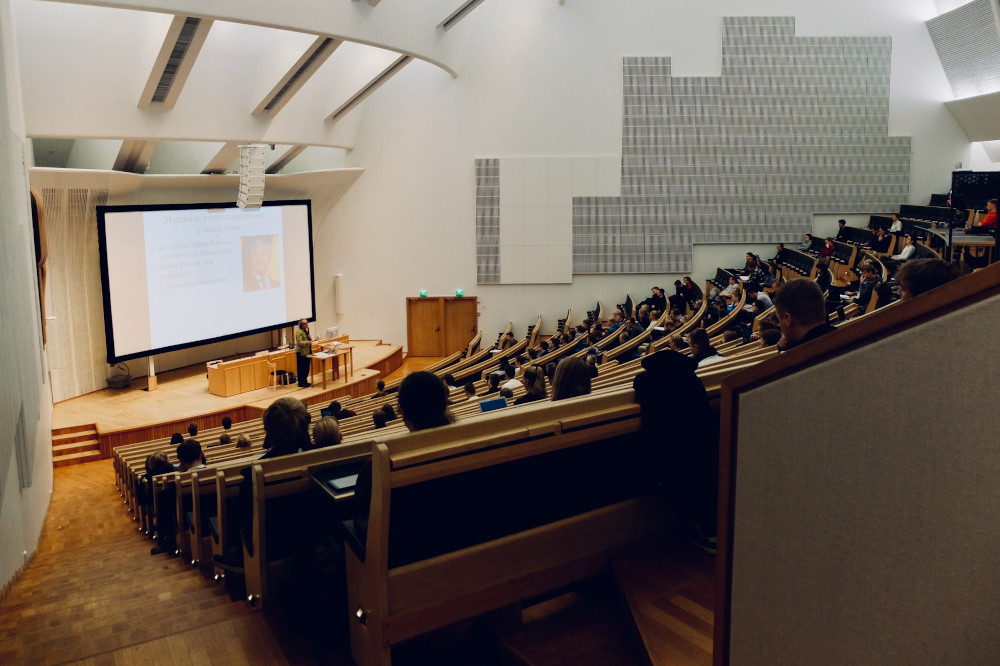 But young Black scholars say it can be difficult to find mentors they trust who understand their work.

A Black doctoral student at one Catholic university remembers a paper on Black theologies and sacramental theology that came back with a comment from a professor that her paper was "a lot, and "too much, too ambitious," without substantiating the assertion with particular critiques. She asked for clarification and received none.

"They would never tell a white man that he was too ambitious," she said. "If anything, the ambition would be applauded, right?"

Even positive comments from fellow scholars can be difficult to sort through, Ogunnaike said.

"When feedback is positive, you wonder if it's merely patronizing praise or someone trying to make themselves feel better or to be a 'good anti-racist' by supporting a black scholar — your race, but not you and your work are seen," said Ogunnaike.

"They would never tell a white man that he was too ambitious. If anything, the ambition would be applauded, right?"

But sifting through the racism woven into even helpful comments is a burden. "How much of this critique is valid and useful and how much is based in prejudice? Which parts should you take seriously and which should you dismiss?" Ogunnaike said. "It's exhausting."

One professor at an East Coast school found that battling racism was beyond an intellectual or academic task — it's mission work.

"Racism is very much a religion," said the professor. "It has rituals, it has a doctrine that guides people to see things the way that they are.