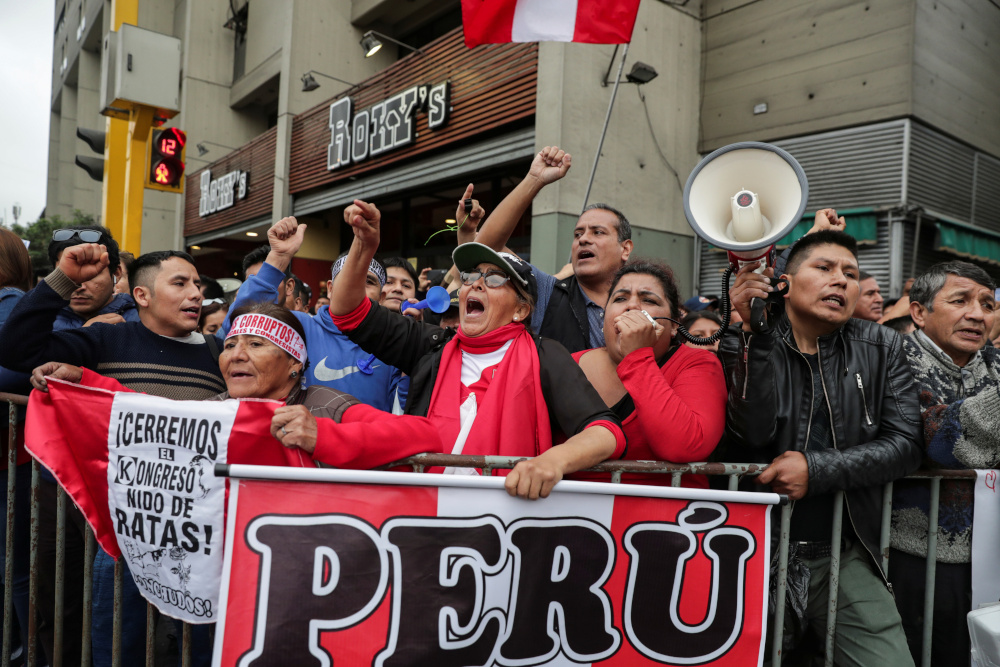 Peruvian church leaders called for dialogue and an end to corruption amid a political crisis that erupted Sept. 30, when President Martin Vizcarra dissolved Congress and the legislature then voted to remove him from office.

"The news is embarrassing, for a country like Peru that is showing the world that it is openly fighting corruption," Cardinal Pedro Barreto Jimeno of Huancayo, wrote in a message he circulated Oct. 1 while en route to the Synod of Bishops for the Amazon at the Vatican.

"As church, we call on all of society and on political players to act according to the constitutional and democratic order," Archbishop Miguel Cabrejos, president of the Peruvian bishops' conference, said in a statement issued the same day.

The clash between Vizcarra and the opposition-controlled Congress had been brewing since the president's annual state of the nation address July 28, when he called for political reforms to combat corruption. Opposition legislators have blocked the reforms.

Many Peruvian politicians are under investigation in relation to a corruption scandal involving bribery and irregular campaign contributions from businesses, especially the Brazilian construction company Odebrecht.

Vizcarra invoked a constitutional provision that allows the president to close Congress after two no-confidence votes. Opposition legislators claimed he had not followed proper procedure and swore in Vice President Mercedes Araoz as president Sept. 30. She resigned from both positions Oct. 1.

The military and police publicly backed Vizcarra, who has called for new general elections in January. The Organization of American States also supported new elections.

Both Barreto and Cabrejos said the political upheaval was also an opportunity for the country, which has a history of dictators and authoritarian presidents.

"We believe that this moment is a unique opportunity to combat the circuit of large- and small-scale corruption at all levels," Cabrejos said in his statement.

Barreto called it an "opportunity to seek a new way of being Peruvians in dialogue and in the service of the common good."

Noting that October is the month when thousands of Catholics take to the streets for processions in honor of the Lord of the Miracles, Peru's most popular religious devotion, Barreto said this should be a time of conversion.

"We must not lose faith in God and in ourselves," he said. "Beginning with each of us, the Lord can perform the miracle of reconciliation in the country, based on truth and justice."