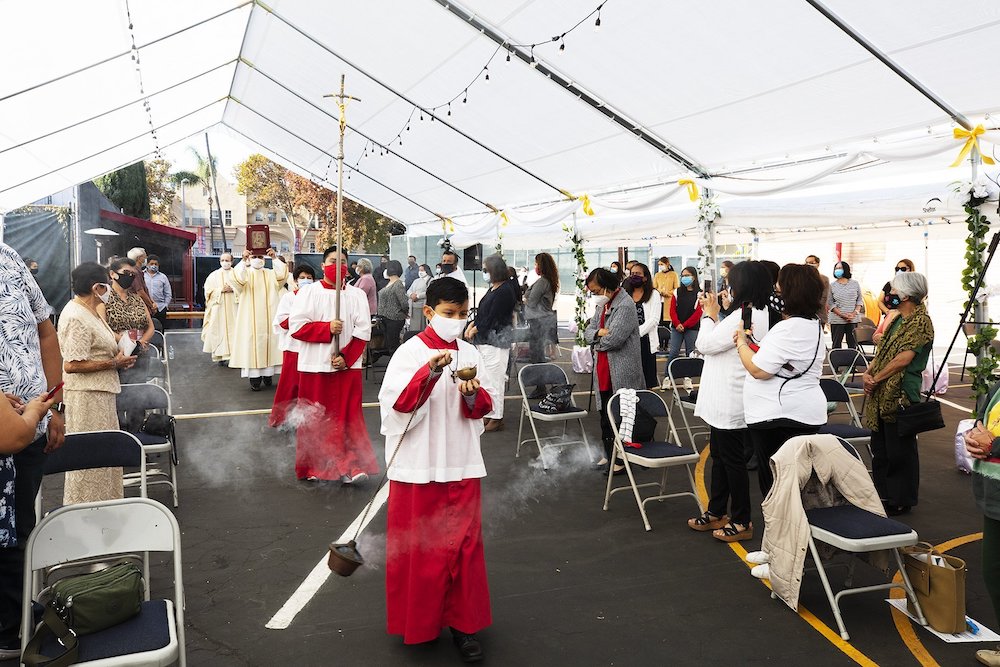 More than a third of U.S. Catholics say their own personal faith has become stronger during the coronavirus pandemic, and 3 in 10 Catholics believe the virus has strengthened the religious faith of other people in the country, according to a study released Jan. 27 by the Pew Research Center.

The majority of Americans  — 68% — said the pandemic has not changed their personal faith much, but despite the cancellation of religious activities and in-person services, few Americans — only 4% — say their religious faith has weakened as a result of the outbreak.

The study, conducted last summer, found that Americans are more likely than people in 14 other countries surveyed to say that their religious faith has strengthened during the COVID-19 pandemic. 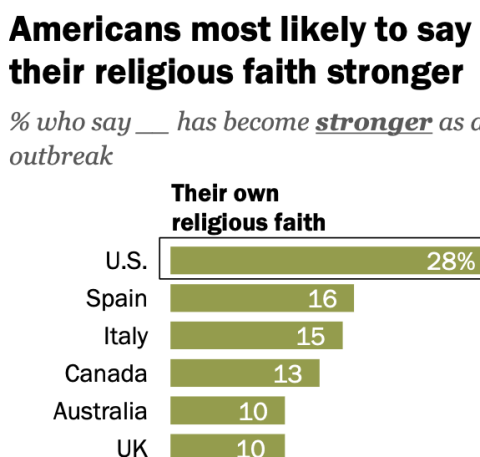 "The U.S. has by far the highest share of respondents who say their faith has strengthened, with about three-in-ten holding this view," the study reports.

In Spain and Italy, the countries with the second- and third-highest percentages, only 16% and 15%, respectively, said their faith had grown stronger. (10% was the 14-country median.)

As the study points out, Americans are more likely than people in the other surveyed countries to be religious in the first place — in Italy, for example, 25% say religion is "very important" in their lives. That number is 49% in the U.S. — and people who are religious are more likely to say the pandemic has strengthened their faith.

"In nearly every country surveyed, those who say religion is very important in their lives are more likely to say both their own faith and that of their compatriots has grown due to the pandemic. Americans' greater proclivity to turn to religion amid the pandemic is largely driven by the relatively high share of religious Americans," the study says.

In countries hit by large waves of infections and deaths in the spring of 2020, the pandemic also strengthened family ties, the study found. Spain, Italy, the U.S. and the U.K. had the highest proportions of respondents who said their relationships with their immediate family members had become stronger because of the pandemic. With college and university campuses closed throughout the U.S., more young people than older people said their family connections had grown closer: Half of Americans aged 18 to 29 said so, whereas only 38% of Americans older than 50 said the same. 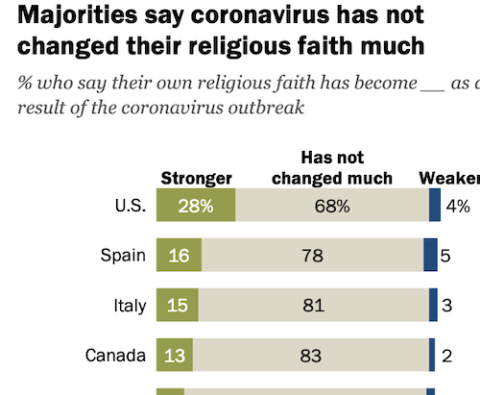