by Religion News Service
Politics
This article appears in the All the president's clergymen feature series. View the full series. 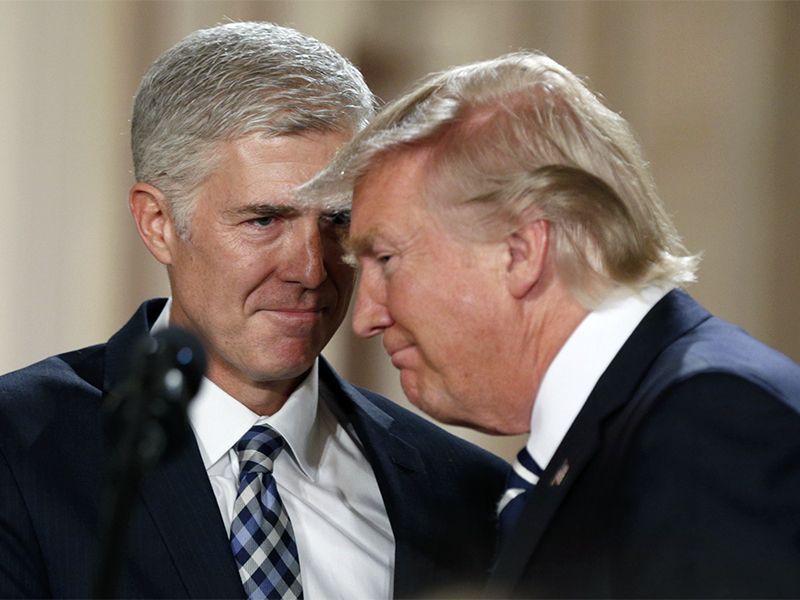 President Trump, right, and Neil Gorsuch smile as Trump nominates Gorsuch to be an associate justice of the U.S. Supreme Court at the White House in Washington, D.C., on Jan. 31, 2017. (Kevin Lamarque/Reuters)

Washington — Evangelical leaders who have met with Trump administration officials say they talk about a range of policy issues when they visit the White House.

But to what extent are they influencing policy? This is where they stand on some of the key issues, and what changes they've attained:

Some religious conservatives hailed President Trump for signing an executive order on religious liberty, seeing it as a fulfillment of his promise to "destroy" the Johnson Amendment, which bars religious organizations from electioneering if they want to keep their tax-exempt status. But one legal expert described the order as "pretty much nothing" and some conservatives acknowledged their disappointment in the action.

Richard Land, president of Southern Evangelical Seminary in Matthews, N.C., said one issue that would cause evangelicals to break bonds with the Trump administration is if it backed away from its opposition to abortion.

At a July 10 all-day meeting attended by dozens of evangelical leaders, Land said administration officials reiterated "that that's not going to happen."

Johnnie Moore, unofficial spokesperson for the group of evangelical advisers, applauded an expanded ban on U.S. aid for overseas abortion providers, saying it is more far-reaching than it has been in previous Republican administrations.

Some evangelicals pushed for a military transgender ban, which Trump originally announced in a tweet. They called his action "courageous" and "heartening."

The president's announcement came two weeks after some evangelical leaders were meeting at the Eisenhower Executive Office Building for a daylong set of briefings. It was among numerous topics discussed that day and, some at the meeting said, Family Research Council President Tony Perkins was one of those who raised it there.

"While it might have been a popular decision among a lot of evangelicals, I would not say that that was one of the decisions that this particular group was principally responsible for," said Moore.

Defense Secretary Jim Mattis has said he will establish a panel of experts to research Trump's subsequent memorandum and "current policy with respect to currently serving members will remain in place" until the panel has concluded its work. 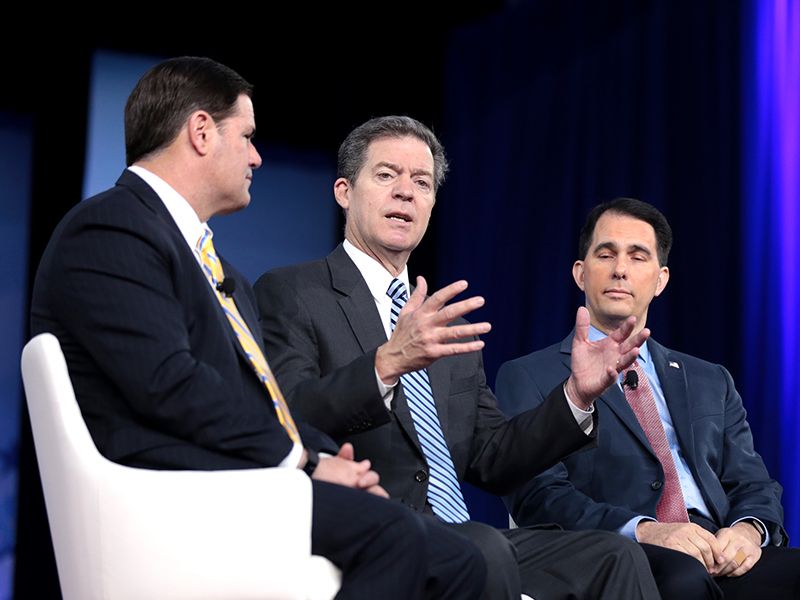 Evangelical leaders pushed for a new ambassador-at-large for international religious freedom and said their requests were heard with the recent nomination of Kansas Gov. Sam Brownback for the post. Brownback must still undergo confirmation by the U.S. Senate.

Some conservative Christians praised Trump for pressing for the release of American pastor Andrew Brunson during the president's May meeting with Turkish President Recep Tayyip Erdogan. But Brunson recently received additional charges in Turkey, including espionage, all of which he has denied.

Evangelicals are also very concerned about the plight of Christians worldwide. At the July 10 meeting, Land raised the issue of Iraqi Christian refugees, specifically a group of Chaldeans who were being rounded up in Michigan for deportation.

A judge put a temporary halt on those deportations that week. 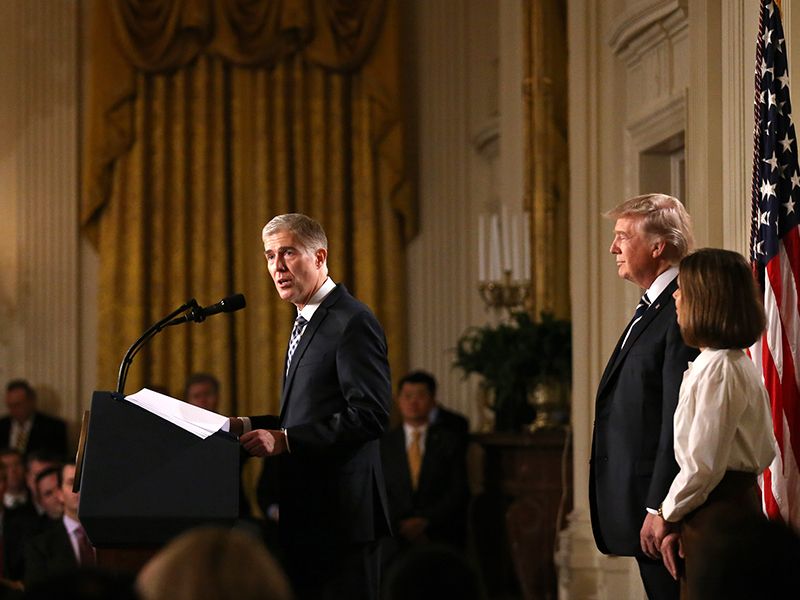 Evangelicals were certainly pleased with the appointment early on of Neil Gorsuch as the Supreme Court's newest justice.

Land hailed the administration for "nominating people to the court system that seem to be mini-Gorsuches" and noted that the dozens of posts in question are lifetime appointments.

The administration is seeking the help of evangelicals to push Congress on getting those judicial nominees onto benches across the country, said Frank Page, president of the Southern Baptist Convention's Executive Committee. 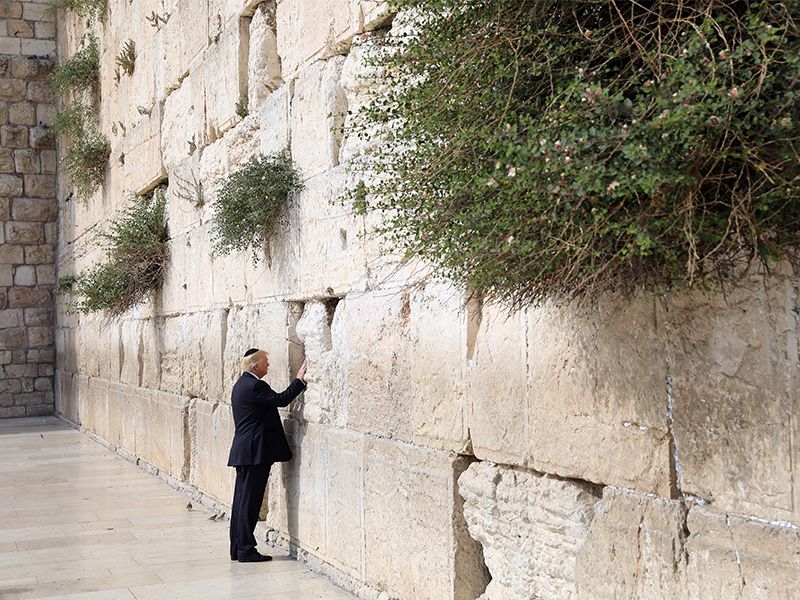 In June, conservative Christian leaders expressed disappointment that Trump decided to maintain the U.S. Embassy in Tel Aviv rather than move it to Jerusalem, as he had promised during the campaign. But they also remained hopeful the move could be made later. " 'Not now' does not mean 'never,' " stated Dallas pastor Robert Jeffress at the time.

In a speech the following month at the annual summit of the Christian Zionist group Christians United for Israel, Vice President Mike Pence used similar language: "It is not a question of 'if.' It is only 'when.'"

Some evangelicals at White House meetings have spoken up about immigration issues, including the Deferred Action for Childhood Arrivals program that President Trump pledged to end during his campaign. When his advisers gathered around the president on Friday (Sept. 1), as he signed a prayer proclamation for the victims and rescuers in Hurricane Harvey's wake, some urged him to care about young immigrants who could be separated from their families.

"There are a number of people on the board who are very concerned about DACA and so because we're at the table we can speak directly," said Moore, in an earlier interview, of the group of advisers. "We can express our point of view."

Attorney General Jeff Sessions announced Tuesday that the DACA program was being rescinded.

The Rev. Tony Suarez, executive vice president of the National Hispanic Christian Leadership Conference, said he recently brought up the case of the Rev. Noe Carias, a Los Angeles pastor detained by Immigration Customs and Enforcement, with White House staff.

"The Trump administration said they were only going to deport criminals," Suarez said. "You have a good man who's been a pastor for 15 years, and he's sitting in jail there in Los Angeles because of an overzealous ICE agent."

The key evangelical players on Trump's advisory board

Politics | All the president's clergymen: The issues