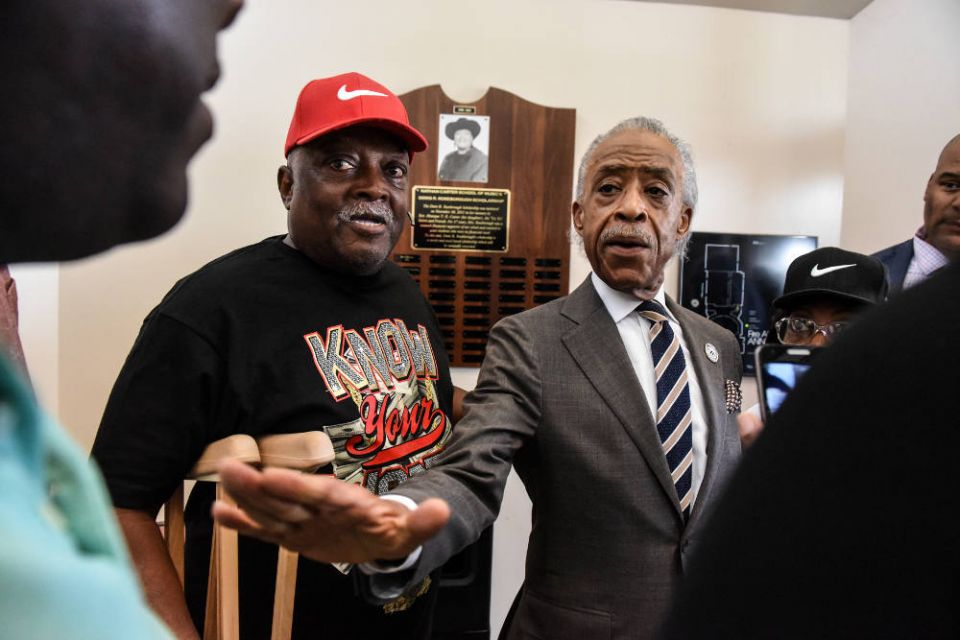 Archbishop William E. Lori and Auxiliary Bishop Denis J. Madden of Baltimore signed the letter dated July 29 addressed to the president, and also signed by bishops from the city's Episcopal and Lutheran church, as well as Methodist, evangelical and Presbyterian leaders, among others.

"Recently, much to our dismay and profound sadness, you publicly slurred our beloved city of Baltimore in a tweet," the letter said. "We will not dignify the slur by repeating it. It was horrible, demeaning and beneath the dignity of a political leader who should be encouraging us all to strive and work for a more civil, just and compassionate society."

They invited the president to visit Baltimore and to see what faith groups are doing to help the city's neighborhoods: teaching children to read and study, reclaiming abandoned buildings for housing and other community needs, helping recent immigrants and refugees, feeding, clothing and housing the homeless, planting trees, growing gardens, and cleaning up streets.

"We are asking for your help -- not tweets of denunciation," they said in the letter.

The religious leaders say it's easy to scapegoat others for the "long-standing and systemic problems" a city may face, but beauty can be found in cities where different races, languages, cultures, economic conditions come together, although they can also be "targets for those who cannot -- or will not -- see their beauty through the eyes of God and in their inhabitants."

"To their detractors, cities are seen only through the lens of social evils such as poverty, crime, violence and racism," they say. "To God, however, cities are seen primarily as vessels of hope, lights of God’s reign and opportunities for living in blessed community."

They told the president that great leaders in the Bible, such as Jeremiah, uplifted people in despair.

"Great leaders like Jeremiah had a compelling vision for their people, and they knew how to bring diverse people together around that vision," they say. "Our congregations have a similar vision of health and prosperity for Baltimore, and they are working courageously and effectively to build up the city by their actions -- not tearing it down by their words."

That means loving God and their neighbors as themselves, they say, adding that the world needs visionary leaders like Jeremiah.

"In an open society of honest disagreements and political differences, it’s especially imperative that leaders do not insult, demean, dehumanize and divide people and communities. Good leaders lift up, call people together, and bring out the best in them. Slamming individuals and whole communities is not leadership; it’s regression -- for everybody. Leaders lead," they said.

"Mr. President, as religious leaders we implore you: In the name of all that is good, healthy and decent, stop putting people down. Enough of the harmful rhetoric that angers and discourages the people and communities you are called to serve -- more than you know."

The letter ended with a terse command: "Lead."

A couple days before the publication of the letter, Lori, on Twitter, had reacted to one of the president's tweets.

"It saddens me to see Baltimore severely denigrated by President Trump," he said July 27. "Baltimore is near and dear to my heart. It is hometown to more than half a million people. Baltimore has its tragedies and challenges but also its strengths and opportunities. Many good people are working together to address Baltimore’s challenges and to build on its strengths. They deserve the support of elected officials and their fellow citizens.”

A nation possessed: white supremacy and the devil

What is left to say about the death of Michael Brown?