Catholic judicial nominee grilled by senators on her religious views 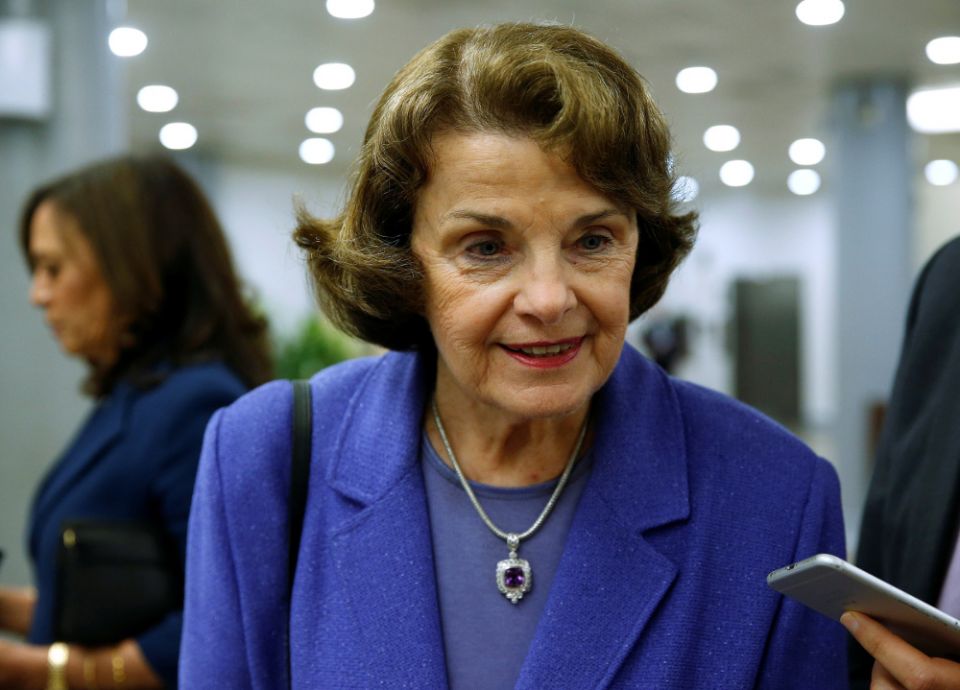 Washington — Sen. Dianne Feinstein, D-California, spurred outrage about possible religious tests for judicial appointees when she questioned a Catholic judicial nominee Sept. 6 about what impact her faith would have on her interpretation of the law.

Reaction from Catholic leaders to the hearing for Amy Coney Barrett, nominee for a seat on the 7th Circuit Court of Appeals, was swift, with a leading archbishop calling the Senate hearing "deeply disappointing."

In the hearing, Feinstein not only referred to Barrett's speeches in the committee hearing, but also to a 1998 article by Barrett, a law professor at the University of Notre Dame, about the role of Catholic judges in death penalty cases.

The Marquette Law Review article, co-authored by John Garvey, who is now president of The Catholic University of America, concluded that although Catholic judges opposed to the death penalty could always simply recuse themselves under federal law, "litigants and the general public are entitled to impartial justice, which may be something a judge who is heedful of ecclesiastical pronouncements cannot dispense."

Feinstein did not question Barrett about capital punishment cases, but rather the upholding of Roe v. Wade, the 1973 Supreme Court ruling that made abortion legal.

"When you read your speeches, the conclusion one draws is that the dogma lives loudly within you. And — that's of concern when you come to big issues that large numbers of people have fought for for years in this country."

Richard Garnett, also a University of Notre Dame law professor, said Feinstein's line of questioning seemed to say "because you're a Catholic, you can't be believed."

Archbishop William Lori of Baltimore, chairman of the U.S. Conference of Catholic Bishops Ad Hoc Committee on Religious Liberty, said the hearing was "deeply disappointing" since a number of senators failed to "simply consider the professional achievements of a nominee for the federal judiciary" and instead "challenged her fitness to serve due to her Catholic faith."

In a Sept. 8 statement, the archbishop said the line of questioning Barrett received was "contrary to our Constitution and our best national traditions, which protect the free exercise of one's faith and reject religious tests for public office, they are offensive to basic human rights."

Garvey was among the first to respond in print to the hearing.

"I never thought I'd see the day when a coalition of left-wing groups attacked a Republican judicial nominee for opposing the death penalty," he wrote in a Sept. 7 opinion article for the Washington Examiner.

"Catholic judges are not alone in facing such dilemmas. An observant Quaker would have the same problem. And I like to think that any federal judge would have had moral objections to enforcing the fugitive slave laws Congress passed before the Civil War."

Garvey and others accused Feinstein of echoing talking points from The Alliance for Justice, a liberal advocacy group that has prepared reports on all of Trump's judicial nominees.

The Alliance report on Barrett said she "has avoided definitive public statements on Roe v. Wade" but added, referring to the 1998 article as well as other "positions and philosophies," that she held "the astonishing view that judges should place their religious beliefs ahead of the Constitution when carrying out their duties."

"Barrett (and I) said no such thing," Garvey wrote. "We said precisely the opposite."

"I suspect what really troubled (the senators) is that, as a Catholic, her pro-life views might extend beyond criminal defendants to the unborn. If true, the focus on our law review article is all the more puzzling. After all, our point was that judges should respect the law, even laws they disagree with. And if they can't enforce them, they should recuse themselves."

The report also criticizes Barrett for signing a letter, produced by the Becket Fund for Religious Liberty, that criticized the Affordable Care Act's contraception mandate as "morally obtuse."

Eric Rassbach, the Becket Fund's deputy general counsel, issued a statement in response: "It's not something you could sue her over, but Sen. Feinstein would break her oath to defend the Constitution — including the part about no religious tests — if she were to vote against Barrett because of her Catholic religious beliefs."

Sen. Dick Durbin, D- Illinois, a Georgetown University graduate, added fuel to the fire when, after calling himself "the product of 19 years of Catholic education," he brought up the use of the term "orthodox Catholic" in Barrett's law review article. He asked Barrett to define the term and to say if she considered herself an "orthodox" Catholic.

Barrett explained that in the context of the article, the term was "a proxy" for Catholic believers, but she didn't think it was a term in current use.

She added, "If you're asking whether I take my faith seriously and am a faithful Catholic, I am. Although I would stress that my present church affiliation or my religious beliefs would not bear in the discharge of my duties as a judge."

Durbin responded, "I happen to think Pope Francis is a pretty good Catholic."

"I agree with you," Barrett responded, smiling.

Meanwhile, Holy Cross Father John Jenkins, president of the University of Notre Dame, sent a letter to Feinstein Sept. 9 expressing "my confidence in her competence and character, and deep concern for your line of questioning."

He challenged Feinstein's stated concern that "dogma lives loudly in (Professor Barrett)" when it pertains to "big issues that large numbers of people have fought for years in this country." He wrote that "dogma lives loudly" in his heart as well as "in the lives of many Americans, some of whom have given their lives in service to this nation." He said dogma guided the country's founders, who believed citizens should practice "their faith freely and without apology."

"Professor Barrett has made it clear that she would 'follow unflinchingly' all legal precedent and, in rare cases in which her conscience would not allow her to do so, she would recuse herself. I can assure that she is a person of integrity who acts in accord with the principles she articulates," the letter said.

He wrote in a letter to the Senate Committee on the Judiciary Sept. 8 that he was committed to free speech and that he felt that Barrett's willingness to write "candidly and intelligently about difficult and sensitive ethical questions" makes her an even stronger candidate for the bench.

Lori said the questions to Barrett "sadly, harken back to a time in our country when anti-Catholic bigotry did distort our laws and civil order."

He wondered if the senators' questions were meant "as a warning shot" for future law students and attorneys not to discuss their faith in a public forum at a time when "we should be encouraging faithful, ethical attorneys to serve in public office, not discouraging them by subjecting them to inappropriate, unnecessary interrogation based on their religious beliefs."

US bishops stand down while Biden stands up