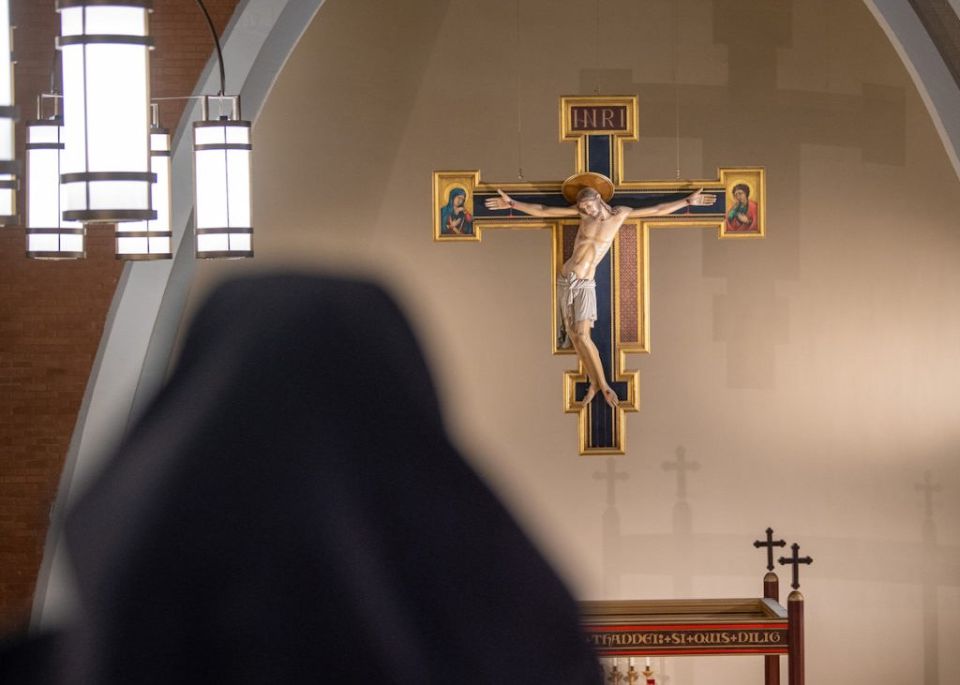 Washington — Arizona's Catholic bishops and other Catholic opponents of the death penalty spoke out against the June 8 execution of Frank Atwood, just as they did for the May 11 execution of Clarence Dixon, another Arizona death-row prisoner.

The U.S. Supreme Court denied final appeals by attorneys for both inmates, which allowed their executions to move forward.

'Death is not the answer to death and executions are not justice.'
—Catholic Mobilizing Network

"Unfortunately, once these executions begin, it is likely many more will come in relatively quick succession," the Arizona Catholic Conference said in a May 2 statement.

The state's bishops said they remain steadfast in their "continued opposition to the death penalty, especially in this modern era," a stand they said is "united with Pope Francis, who has advocated for a global end to capital punishment."

The day before Dixon's execution, now-retired Phoenix Bishop Thomas J. Olmsted led a prayer vigil at Ss. Simon and Jude Cathedral in Phoenix praying for an end to the death penalty.

"The church has the deepest compassion for those victimized by brutal crimes as well as their families," the bishop told the congregation at the vigil. "We need always to pray for healing for all those affected by these crimes (but) we believe that all human life, each human person, from conception to death, is sacred."

"Even a murderer is not outside the infinite mercy of God. The possibility of true repentance and salvation remains for every person as long as he is still alive," he added.

He closed his homily with prayers that Dixon "may die with a contrite and repentant heart."

Witnesses to Dixon's execution said there was no expression of repentance, no words of remorse.

"I think there is some difficulty about this among Catholics because we don't want to violate justice when we argue for mercy," he said.

Arizona stopped carrying out death sentences in 2014, after the execution of Joseph Wood, who was put to death using a two-drug injection mixture that took over two hours. In 2017, the state's plan to improve the process was accepted by a federal judge, clearing the way for executions to resume.

Critics said Dixon's execution also was botched, as it took nearly two hours due to the difficulty of inserting an IV into his veins.

In response to Dixon and Atwood's executions, Catholic Mobilizing Network issued separate tweets saying they "mourn this unnecessary loss of life. Death is not the answer to death and executions are not justice."

The group also acknowledged the victims and their families and prayed for their healing.

Sr. Helen Prejean, a Sister of St. Joseph of Medaille, who is a longtime opponent of capital punishment,  posted Twitter threads about both executions.

She said that even though Dixon's "history of mental illness was well-known to the state, the judge in his death penalty case allowed him to fire his court-appointed public defender and represent himself at trial."

Regarding Atwood, she said his sentence was "based on an incorrect interpretation of the law without any evidence to support that interpretation. But for these errors, Frank would not be facing execution today."

"What does it say about our legal system when courts refuse to consider a clear error that resulted in an invalid death sentence? It is a system of technical rules and regulations that are almost always enforced to the detriment of vulnerable and disempowered people," she tweeted.

[Contributing to this report was Jeff Grant, who writes for The Catholic Sun, the news outlet of the Diocese of Phoenix.]