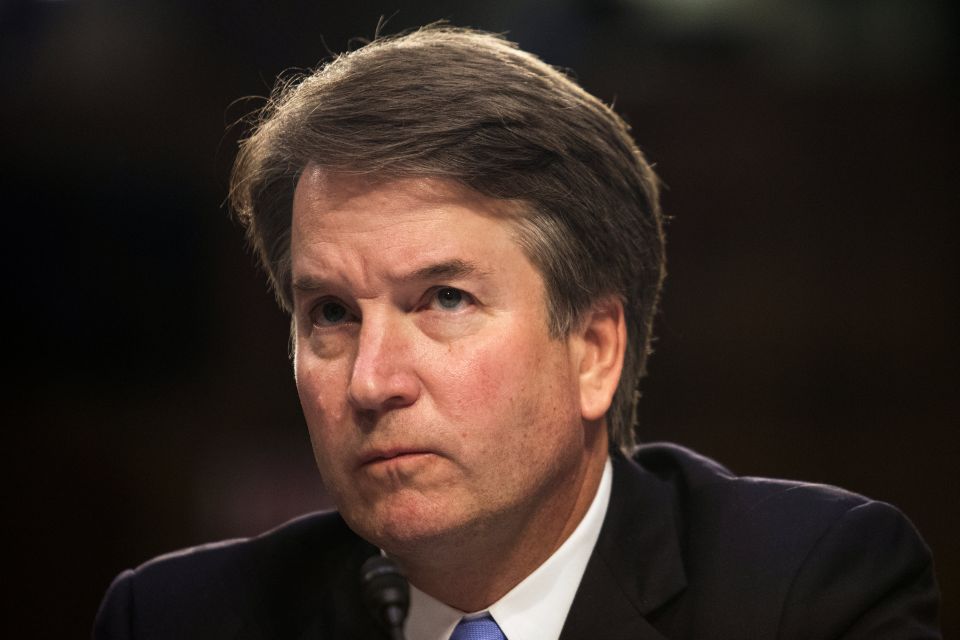 Washington — The four days of Senate confirmation hearings for Supreme Court nominee Judge Brett Kavanaugh were as heated as the unusually high temperatures in Washington during this first week of September.

A lot of the passion against the federal judge centered on concern that if Kavanaugh gets a seat on the Supreme Court, he could vote to overturn the court's 1973 Roe v. Wade decision that legalized abortion.

Richard Garnett, professor of law and political science at the University of Notre Dame, said he has watched confirmation hearings for at least 32 years -- which he admits makes him somewhat of a geek -- but he described this particular hearing as "the worst I've ever seen" not only for the interruptions and protests but "grandstanding and misrepresenting" a judge with a long paper trial of decisions – over 440,000 public pages of records.

Garnett said he was impressed with how "very calm and patient" Kavanaugh was during the long hours of often-interrupted questioning.

He said it's important to remember that Kavanaugh, 53, is a young man, and if he gets the Senate votes to become the 114th justice, he will "be there for a long time and will write clear opinions." He also pointed out that half of the Supreme Court cases are not the 5-4 decisions, or cases about hot button issues.

Similarly, Michael Moreland, professor of law and religion at Villanova University in Pennsylvania, said he thinks there is a "a tendency to overstate how much change" Kavanaugh will make to the court.

Moreland described Kavanaugh as a well -regarded judge and smart lawyer who performed well under the pressure of the senate hearings, which he describes as good civic lessons.

Both Moreland and Garnett stressed Kavanaugh's record as pointing to a desire to limit Congress' ability to support administrative agencies like the Environmental Protection Agency, the Food and Drug Administration, the Federal Trade Commission and the Federal Communications Commission to function independently of the executive branch.

On abortion, Moreland said the Roe decision wouldn't change quickly and that laws were already changing for this to become more of a state legislative issue. Garnett said he felt confident Kavanaugh would take seriously religious freedom rights and would respect the right of states to pass abortion legislation.

In the hearings themselves, Kavanaugh affirmed that Roe v. Wade and Planned Parenthood v. Casey are "an important precedent of the Supreme Court." He also said Sept 5 that being able to "participate in the public square with religious speech" is a part of American tradition.

In response to a question about abortion from Sen. Dianne Feinstein, D-California, Kavanaugh said the Roe decision "is settled as a precedent of the Supreme Court" and has been "reaffirmed many times over the past 45 years, as you know, and most prominently, most importantly, reaffirmed in Planned Parenthood v. Casey in 1992."

When pressed by the senator about his view on a woman's right to choose, he said: "As a judge, it is an important precedent of the Supreme Court. By it, I mean Roe v. Wade and Planned Parenthood v. Casey. [It's] been reaffirmed many times. Casey is precedent on precedent, which itself is an important factor to remember. And I understand the significance of the issue, the jurisprudential issue, and I understand the significance as best I can; I always try, and I do hear, of the real-world effects of that decision, as I tried to do all of the decisions of my court, and of the Supreme Court."

That same day, when he was asked about religious liberty by Sen. Ted Cruz, R-Texas, Kavanaugh said: "In other countries around the world you're not free to take your religion into the public square" and can only practice in your own home. "Being able to participate in the public square is a part of the American tradition. I think as a religious person, religious speech, religious ideas, religious thoughts, that's important," he said.

After numerous protestors were escorted out of the committee hearing room, Kavanaugh was greeted with guests who needed no escort out, late afternoon Sept. 6: members of the CYO basketball team he coaches.

The judge, who is Catholic, also spoke about putting his faith in action, during the Senate questioning period.

He said he regularly serves meals with Catholic Charities' St. Maria's Meals program in Washington and that talking to the people there helps him to understand the situation that they are in.

"We are all God's children. We are all equal," he said. "People have gotten there because maybe they have a mental illness; maybe they had a terrible family situation; maybe they lost a job and had no family. But every person you serve a meal to is just as good as me or better."

The committee could vote on Kavanaugh's nomination Sept. 13, but it could also be delayed, making the final committee vote take place Sept. 20 followed by a full Senate vote the next week.

After Senate clash, Kavanaugh nomination an occasion for prayer