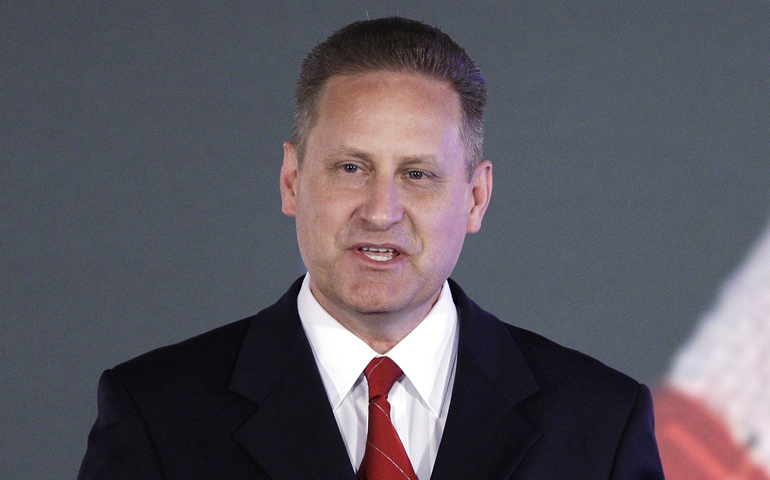 The Green family that owns the Hobby Lobby craft store chain believes the federal government ran roughshod over their religious liberties when the Affordable Care Act required their company to cover the full range of birth control options in employee health plans.

As Christians, the Greens argued, they could not comply. In their view, four of those birth control methods can cause abortion, though many major medical voices disagree. On March 25, the Supreme Court will hear the case.

Combining fundamental questions of religious rights, corporate rights, Obamacare and abortion, the case is, for many people, the most important the Supreme Court will decide this year. It will be bundled with a similar lawsuit filed by the Mennonite owners of a wood cabinetry corporation who hold views similar to those of the Greens.

"The government is forcing us to choose between following our faith and following the law," wrote David Green, the CEO and founder of Hobby Lobby. "I say that's a choice no American and no American business should have to make."

Supporters of the so-called contraception mandate fear that a victory for the plaintiffs could prompt businesses to flout any number of laws by claiming a violation of religious freedom.

They ask: What about a woman's right to be covered for the full array of birth control options available through the Affordable Care Act? Is it really the company's right to decide that the only drugs and medical procedures they'll cover are the ones that conform to the owner's personal faith?

"It's easy to be sympathetic to the devout individual business owners behind the corporations in these cases," said Elizabeth B. Wydra, of the left-leaning Constitutional Accountability Center. "But their rights are not implicated by the Affordable Care Act's contraception provisions."

That's not how the Greens and their supporters see it. To them, you can't separate the family from the corporation, because the family runs the corporation according to its deeply held Christian values. Hobby Lobby, for example, closes its more than 600 stores on Sundays, pays employees far above the minimum wage and limits store hours so employees can spend more time with their families.

For the Supreme Court to agree with the Greens, two questions must be answered:

Jeff Mateer, senior counsel at the conservative Liberty Institute, said the question of a corporation's religious rights is not a tough one.

"If the court determines that they do not have that right, it's really going to change 200 years of legal precedent where we have assumed that corporations do have First Amendment rights," he said. He pointed to the Supreme Court's 2010 decision in the Citizens United campaign finance case, in which the justices overturned bans on corporate political spending as a violation of freedom of speech.

Though churches and other religious organizations enjoy the First Amendment's protection of free exercise of religion, she has written, "these explicitly religious corporations are and always have been distinct from secular companies, even if there are unquestionably devout religious people who work for and own secular businesses."

If the court decides that Hobby Lobby and Conestoga Wood do have religious rights, it would then have to turn its attention to the Religious Freedom Restoration Act. Congress passed it in 1993 to address concerns that the federal government needed to take greater pains to protect religious freedom.

If the government is going to tread on religious freedoms with a law such as the Affordable Care Act, RFRA requires the government to show a "compelling interest," and that there is no less burdensome way to meet its goal.

That compelling interest test could be a hard one for the Obama administration to pass, legal scholars on both sides agree, since it has given out exemption after exemption to those who say they would have problems complying with one portion or another of the Affordable Care Act.

Churches that object to covering birth control, for example, have exemptions. So do the homeless, and people who can prove it would be a financial hardship to comply. "It's hard to argue that you've got a compelling interest when you've exempted out so many people," Mateer said.

Exemptions aside, medical and public health experts see a compelling government interest in ensuring women's health through access to contraception.

Birth control has "profound" health benefits not only for the women who use it to prevent and space out pregnancies, but for the children whose mothers have access to it, said Dr. Nancy Stanwood, board chair of Physicians for Reproductive Health.

"The medical community is clear," she said, "that contraception is fundamental preventative health care for women."

If the Supreme Court allows a company owner's personal belief to limit access to birth control, "what other things will get carved out?" Stanwood asked. "If someone is a Jehovah's Witness, and they object to (blood) transfusions, then their employees don't get transfusions?"

Notre Dame Law School professor Rick Garnett, who writes about religious freedom, said the court may well agree that corporations have religious rights, but he also suggests that such an outcome won't be as momentous as many assume.

"It doesn't mean every single business is going to be invoking RFRA to get out of regulations it doesn't like," he said.

Hobby Lobby might be able to make a case, he said, but probably not Citibank or McDonald's since not all businesses have a religious character. And even if Hobby Lobby successfully invokes religious rights under RFRA, it doesn't mean those rights have to prevail, Garnett added.