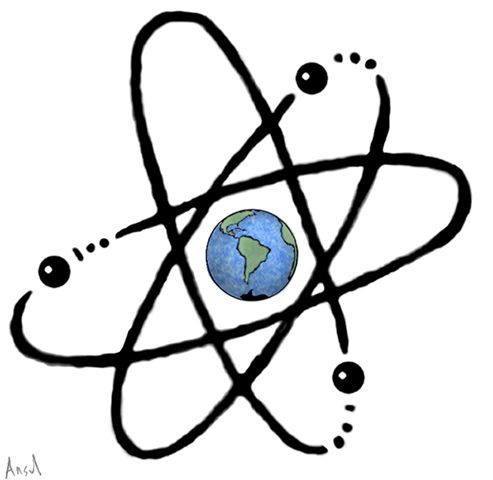 Following an extensive study of nuclear weapons, the U.S. bishops in a May 1983 pastoral letter reluctantly offered their "strictly conditional" moral acceptance of U.S. nuclear deterrence. Those conditions have long since stopped being applicable. It's time to declare deterrence a failed strategy, and the possession of nuclear weapons immoral.

The Catholic church has condemned the use of nuclear weapons since the early days of the nuclear age. The 1965 document Gaudium et Spes from the Second Vatican Council, referring to nuclear weapons, stated, "Any act of war aimed indiscriminately at the destruction of entire cities or extensive areas along with their population is a crime against God and man himself. It merits unequivocal and unhesitating condemnation."

That raised the question: If use of such weapons is immoral, then is building and stockpiling these weapons also immoral?

After two years of exhaustive study, the bishops reluctantly concluded that, yes, a nation can morally possess, even stockpile, nuclear weapons, but only as part of "a transitional strategy" or a larger program based on a "resolute determination to pursue arms control and disarmament."

The bishops wrote their pastoral at the height of the Cold War. That's when the U.S. and Soviet Union together possessed more than 60,000 strategic nuclear weapons. Much disarmament progress has been made. But in recent years it has slowed and has now reversed itself.

Today, the U.S. and Russian nuclear arsenals contain an estimated 14,700 nuclear weapons, with the other nuclear powers holding another 1,000 or so, according to the Federation of American Scientists.

It is within these contexts that world leaders gathered this month in New York to assess nuclear deterrence and nuclear weapons proliferation. They meet every five years by terms of the 1970 Nuclear Non-Proliferation Treaty, which requires the five signatory nuclear nations -- the U.S., Russia, France, England and China -- to give up their nuclear arsenals in exchange for the non-nuclear signatory nations to give up their ambitions to acquire nuclear arsenals.

The U.S. says it is pursuing nuclear disarmament. At the same time, it says it is modernizing its nuclear arsenal and will spend $1 trillion to meet this end over the next 30 years. Other nuclear-possessing nations are also modernizing their arsenals. The nuclear arms race is spiraling up, not down.

The U.S. bishops have tried to stay in step with Vatican statements. This was the case at the time of the 1983 pastoral. But as U.S. disarmament has slowed and even reversed, the Vatican has been speaking out more strongly against nuclear deterrence, becoming increasingly vocal in questioning nuclear deterrence morality.

In July 2011, Archbishop Francis Chullikatt, then permanent observer of the Holy See to the United Nations, said in a formal address in Kansas City, Mo., "It cannot be lawful to continue indefinitely to possess weapons which are unlawful to use or threaten to use, or are already banned for most states, and are subject to an obligation of elimination."

The Vatican seemed to up the ante again in December 2014, when it circulated a paper at a conference in Vienna on the humanitarian impact of nuclear weapons. The paper, in part, read: "It is now time to question the distinction between possession and use which has long been a governing assumption of much ethical discourse on nuclear deterrence. ... The political and military officials of nuclear possessing states assume the responsibility to use these weapons if deterrence fails. But since what is intended is mass destruction -- with extensive and lasting collateral damage, inhumane suffering, and risk of escalation -- the system of nuclear weapons can no longer be deemed a policy that stands firmly on moral ground."

As the Non-Proliferation Conference opened last month, Archbishop Bernardito Auza questioned the morality of efforts to modernize nuclear deterrence systems. Quoting Pope Francis, he said: "Spending on nuclear weapons squanders the wealth of nations. To prioritize such spending is a mistake and a misallocation of resources, which would be far better invested in the areas of integral human development, education, health and the fight against extreme poverty."

Sadly and dangerously, U.S. nuclear weapons have become a fixture in our military system. We are not moving with full determination to nuclear disarmament. The contrary is true. Thus, the thin "moral acceptance" our bishops once gave to U.S. deterrence has outlived itself.

It is unlikely, in today's highly polarized environment, that the U.S. bishops would reach consensus and move the 1983 position, tentatively held, to a demand for full nuclear disarmament.

In the absence of hierarchical consensus, it is imperative that we and other Catholics amplify the case the Vatican is clearly articulating and condemn U.S. nuclear policy. In expressing this condemnation from the heartland of the United States, we are buoyed by the hopes of countless millions around the world who are also demanding that nations possessing nuclear weapons give them up before they destroy us all.

A version of this story appeared in the May 22-June 4, 2015 print issue under the headline: Demand disarmament, not deterrence.