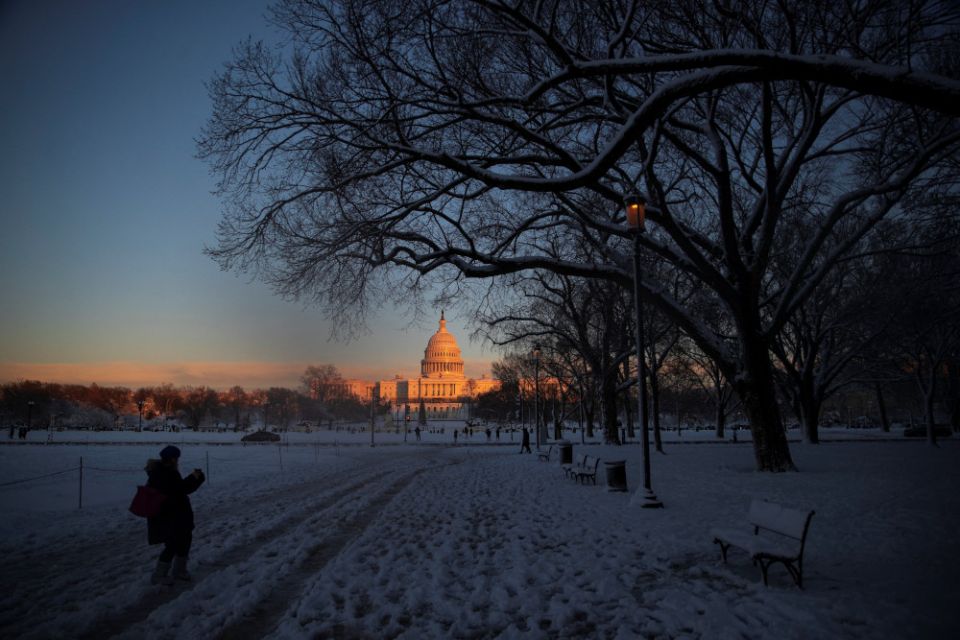 There is no contest concerning the award for most powerful and poignant Christmas column this year: Michael Gerson's column in the Washington Post on the hope of Christmas is one of the most beautiful things he has ever written, and Gerson has written many, many beautiful things. He also discloses the fact that his cancer has gotten worse, and I hope all will join me in praying for him and in praying, too, that we might meet such challenges with his profound faithfulness.

Politico is tracking the sentences being handed down for the assault on the Capitol one year ago today. So far, most of the convictions have been for misdemeanors and so the sentences have been light, with even the judges asking prosecutors why they are not pursuing graver charges with stiffer penalties. I suspect many of the people in the mob got caught up in something that went far beyond their expectations, but the same can be said about drunk driving and a host of other crimes.

At her "Letters from an American" substack, historian Heather Cox Richardson makes some excellent points about the struggle between authoritarianism and democracy and its various iterations, from Hungary to the law courts of New York where Ivanka Trump and Donald Trump Jr. have been subpoenaed. I do not particularly care how Donald Trump Sr. ends up in jail, so long as he does. Still, the prospect of one of his children flipping and sending him to jail has a nice Shakespearean flair to it.

The Washington Post magazine had a profile of J.D. Vance who is running for the Republican nomination for U.S. Senate in Ohio. The author, Simon van Zuylen-Wood, writes:

Vance has become one of the leading political avatars of an emergent populist-intellectual persuasion that tacks right on culture and left on economics. Known as national conservatism or sometimes "post-liberalism," it is — in broad strokes — heavily Catholic, definitely anti-woke, skeptical of big business, nationalist about trade and borders, and flirty with Hungarian prime minister Viktor Orban.

Excuse me, but this "emergent populist-intellectual persuasion" should not be labeled "heavily Catholic" without many qualifiers. It is true that a certain kind of conservative U.S. Catholic, especially prominent converts, are drawn to this new national conservative foolishness. It is also true that Catholicism can provide source material for critiques of wokeness and big business, and that Catholic social doctrine has never been an easy match with liberalism or neo-liberalism. But the J.D. Vances of the world leave out too much of the tradition to be able to claim it as their own, and there is nothing Catholic about the need to slavishly bow down before Trumpian idols and lies.

At Working Class Perspectives, Sherry Linkon of Georgetown University examines some of the cuts being made at institutions of higher learning, especially in those public schools most working-class students are likely to attend. I wish Linkon had addressed the need to cut back on administrative costs, which are most responsible for the exceedingly high rate of inflation for college tuition, but she is right to focus on the decline in public funding as a principal culprit as well. More importantly, she is spot on when she observes that "It's not news that higher education mirrors, perpetuates, and even exacerbates inequality." And the pandemic cuts will make that inequality worse, not better.

In The New York Times' latest "5 Minutes That Will Make You Love…" the editors turn their attention to one of my favorite subjects, mezzo-sopranos. What is more, the playlist to prove their point includes a piece of music that I have mentioned before, Gustav Mahler's magnificent "Ich bin der Welt abhanden gekommen," which my dear, late friend Fr. Joseph Kugler always said was the music he would choose to see him across the abyss if such choices were offered us. And, if that is not enough, the playlist has the great Janet Baker singing it, and no one sang Mahler's lieder better than Baker did. In fact, she and her husband Keith Shelley became friends with Kugler, and she came to our little corner of Connecticut once to give a recital at Sacred Heart Church in Taftville. The other selections are wonderful also – the great Marilyn Horne and Grace Bumbry are well represented too!

At Dezeen, a look at 12 architectural projects that will be drawing a lot of commentary in 2022. Two of them are in the United States: the Reefline project in Miami and the Arkansas Museum of Fine Arts in my old stomping grounds of Little Rock. My favorite is the Lanternen, a water sports complex being built in Esbjerg, Denmark.

When Trump meets Francis, I'd like to be a fly on the wall