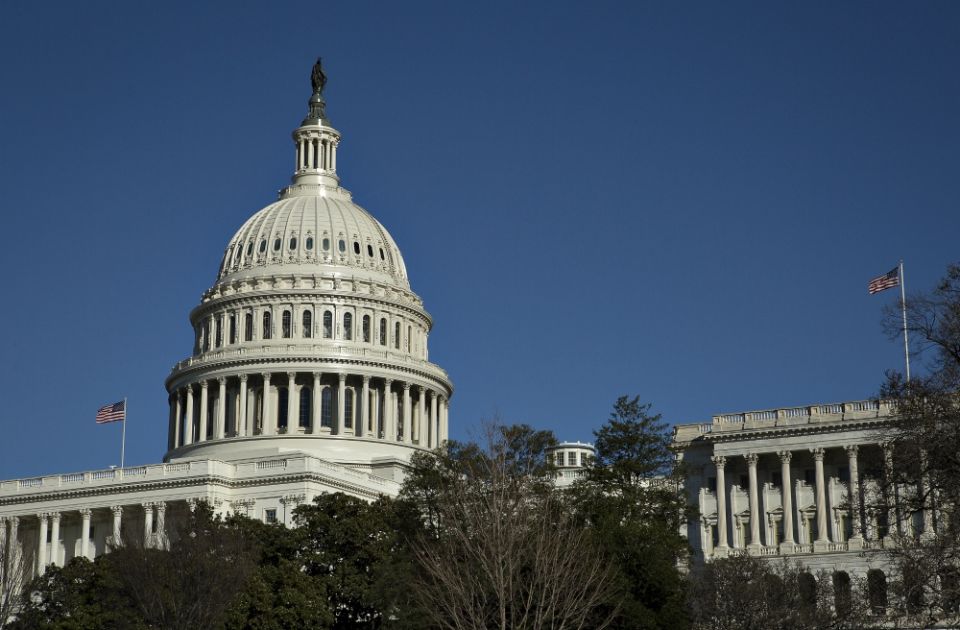 The U.S. Capitol in Washington is seen Jan. 19 ahead of the federal government shutdown at the stroke of midnight. The Senate was scheduled to have a key vote Jan. 22 on a bill to reopen the government and fund it for three weeks. (CNS/Tyler Orsburn)

I find it disingenuous that Republicans are talking about illegal immigration and amnesty in connection with the Deferred Action for Childhood Arrivals program, or DACA. How can you confer amnesty on those who have done nothing wrong? It is true they are undocumented, but they are guilty of no wrongdoing. They were brought to this country at a young age, when they were unable to make a decision for themselves.

I am also troubled that we keep hearing from Republicans that they are in favor of DACA and it can be fixed quickly. So, why has it not been fixed? Why does it keep being put off for later? When will it be the right time? How confident can anyone be that there is any intent to deal with this issue?

The government shut down. By the time you read this, Congress may have passed a three-week extension to re-open the government while work on the budget, immigration and other issues takes place. We have to ask, however, why do we need such an extension when this should have all been fixed four months ago?

What have Republicans done to avoid a shutdown? House Republicans passed a one-month continuing resolution that they knew could not pass in the Senate. Senate Majority Leader Mitch McConnell refused to permit a vote on the measure until a shutdown was inevitable.

No substantial negotiations took place after President Donald Trump blew up the deal crafted by Sens. Lindsey Graham and Dick Durbin. Despite a last-ditch meeting with Minority Leader Chuck Schumer, the president has remained outside the fray.

Democrats decided to stand firm because nothing substantive was happening. We have seen one continuing resolution after another. But no meaningful efforts have been made during these extensions to resolve issues. When is the work of government going to be done? If nothing happens during the three-week extension, we will be right back to a possible shutdown again.

What we have seen primarily is political posturing on both sides.  Extreme positions on immigration from conservative House members seem to be holding sway. There is little or no leadership from the White House. Democrats seem determined to hold firm. Will Mitch McConnell’s assurances that real work be done on these issues mean anything? We will have to see.

On another subject, Trump spoke to anti-abortion marchers on Friday. The tension between everything that is wrong with this president and his support for right-to-life policies continues. To my mind, there is no positive about this president speaking against abortion. In fact, I believe his presence and support taint the movement.

Once again, we are forced to ask if support on abortion supersedes all the damage this president is doing on almost every other issue. In fact, it may be that we are more likely to overlook some areas of disagreement because he agrees with us on this one issue. Is that really a good thing?

Finally, a few thoughts on Pope Francis and his latest trip to Chile. It is hard to know what to say about the pope blaming the victims of sexual abuse and suggesting their criticism may be slander.

We all make mistakes, but this is so unlike Francis. His appointment of Juan Barros as bishop of Osorno, Chile, has been highly divisive. He obviously felt the need to support Barros and the appointment. Is he just being defensive and refusing to admit a mistake?

Whatever the case may be, he could have couched his support in a way that would be more in keeping with the Francis persona, instead of using such harsh language against the critics of Barros. This is truly a sad episode.

Further, I would make the point that things are not all well with the Francis papacy. The unyielding criticism, I believe, has taken a toll on the pontiff. Except for this out-of-character incident, Francis remains warm, compassionate, and a loving pastor. Yet I sense his energy has waned. His willingness to push the envelope and work for change seems to be diminished.

I fear his conservative critics are once again winning. They have thwarted this pope over even the most basic types of change.

Although I hate to say it, I am not optimistic about the future direction of our church. Francis continues to appoint bishops and cardinals who are in tune with his thinking, and that is a hopeful sign. Yet, I’m not hearing any new ideas or meaningful efforts at change coming out of the Vatican.

Instead, I see resistance at every turn. If the commission on female deacons comes back with a negative report, I am hard-pressed to see the kind of aggiornamento that is badly needed in our church.

Opinion | A government shutdown and a papal letdown