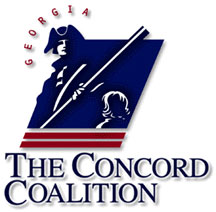 News Analysis
President Obama’s $3.8 trillion budget, sent to Congress this week, projects a $1.3 trillion deficit. As daunting as the figure might sound, it pales as a fiscal challenge to a larger structural deficit, which left ignored could eventually pull the rug right out from under our nation’s economy.

This is the growing consensus of economists and budget analysts on the left and right who say our nation is at risk and our nation’s policymakers, caught in gridlock, lack the political will to deal with the crisis.

As a result, these budget watchdogs say we are saddling our children and grandchildren with potentially paralyzing debt.

In broad strokes, those who look at the problem – which involve liabilites of over $56 trillion - see two paths out of the woods: increasing taxes and decreasing spending. They say both are necessary, though some deficit spending might be required in the short run to revive the economy.

The most costly programs include Social Security, Medicare, Medicaid and military spending. To move toward a balanced budget, Democrats generally prefer raising taxes on corporations and the rich; Republicans prefer cutting entitlement programs. Neither path is politically popular and so a gridlock, now decades-long, has set in.

This gridlock was apparent last month when the Senate failed to gain the 60 required votes to end a potential filibuster, and so a bill that would have set up a binding congressional commission that could have written legislation to break out of the bind failed 53 yes votes to 46 no votes.

Obama’s 2011 budget calls for a bipartisan fiscal commission, but it will not have binding authority. His budget also calls for a three-year partial freeze on discretionary domestic spending, but this covers only an estimated 14 percent of the federal budget.

The Concord Coalition, a bipartisan budget watchdog group calling for greater fiscal responsibility, praised Obama’s call for the commission and the freeze. The coalition, based in Arlington, Va., was founded in 1992 by the late former Sen. Paul Tsongas (D-Mass.), former Sen. Warren Rudman (R-N.H.), and Peter G. Peterson, chairman of the board of the Peter G. Peterson Foundation, also dedicated to drawing attention to the debt problem.

“The president’s budget is a step in the right direction on a long and difficult path,” said Robert L. Bixby, Concord executive director. “While it certainly leaves much to be done, it recognizes the need to begin reining in our unsustainable deficits without clamping down too fast on the spending increases and tax cuts that were designed to help the economy recover from a deep recession. This is a complex and perilous task, but it is essential.”

The structural debt issue has been highlighted in recent weeks with the publication of a book, "Comeback America: Turning the Country Around and Restoring Fiscal Responsibility," by David M. Walker, former comptroller general of the United States and former head of the Government Accountability Office. Walker has been making the news circuit rounds in recent weeks appearing on programs ranging from “The Daily Show” to CNBC’s “Squawk Box” to “Morning Edition” on National Public Radio.

His basic message is that the U.S. debt, which he places at over $12 trillion, plus obligations like pensions, retiree health care, and leases, and other comittments, bring the number to over $56 trillion, and all this represents deferred taxes on our nation’s children and grandchildren.

“In 12 years our interest payments will become the largest single expenditure on the federal budget,” he says. We are in a quagmire, he goes on, explaining, “Our nation has to bring what we earn into line with what we spend at a time when our spending literally is out of control.

“One option – cutting investments in America’s future in order to finance our large and growing mandatory spending programs – is another way of cheating the next generation. Unfortunately, today we are both cutting our investments in the future and handing our descendants a mountain of debt.”

Looking at the 2011 budget deficit, Walker says it is fueled largely by the recession, two undeclared wars, the bursting of the housing bubble and related fallout, and selected tax, spending and entitlement actions from Bush administration.

He says the real challenge is not today's deficits and debt levels, but the long-term deficit. He points to the cost of promised federal social programs that are way out of line with projected revenues needed to support them. He says currently Medicare is $38 trillion underfunded and Social Security is $7.7 trillion underfunded.

Walker says that by 2030, if significant reforms to current government programs and policies aren't made, federal taxes could double from current levels just to pay interest on the growing federal debt. Right now, he says, on average, Americans pay about 21 percent of their income in federal taxes and another 10 percent to state and local governments. By 2030, to pay rising bills, he says that amount could jump to at least 45 percent -- higher even than the average 42 percent that most Europeans pay. By 2040, it would be at least 53 percent.

The Washington-based Center on Budget and Policy Priorities last month issued a report calling for a goal set over the next decade of stabilizing the deficit at 3 percent of our nation’s gross domestic product. It is currently projected at 8.3 percent.

The center’s report pointed to two main factors behind the deficit problem: rising health costs and an aging population. Together, it states, these factors will drive up spending for the “big three” domestic programs: Medicare, Medicaid and Social Security.

The report explains that rising health costs exacerbate the long-term budget problem in two ways. They increase federal spending by raising per-beneficiary costs in Medicare and Medicaid, and because of the tax preferences for employer-sponsored health coverage and certain other health care spending, rising health costs erode the tax base by increasing the share of income that is exempt from taxation.

Some deficit hawks claim the center underestimates the challenge. A budget reform commission funded by the Pew Charitable Trust and the Peterson Foundation recently called for policymakers to stabilize the debt-to-gross domestic product ratio with even more drastic social program cuts and tax hikes.

Military spending is another expense that budget analysts say is leading to a weakened economy. Last week, Steve Winn, communications director for the Concord Coalition, underscored the need for the Pentagon to also trim its sails. Noting that about one-fifth of the federal budget goes to the Pentagon, he said, “It is clear that there are many opportunities to achieve significant savings without jeopardizing national security. Petty turf wars, bureaucratic bloat, poor planning, lax bookkeeping, no-bid contracts, illogical personnel policies and simple extravagance all inflate the defense budget in ways that knowledgeable taxpayers understandably resent.

“In addition, shortsighted members of Congress often champion unnecessary defense spending -- or at least turn a blind eye to it -- in deference to the special interests that stand to profit.

“All of this adds to the nation’s fiscal imbalances and massive borrowing. That’s why the Concord Coalition supports careful review of the defense budget to identify reasonable reforms.”

Some of the financial solutions Walker proposes include:


Some of the political solutions Walker proposes include:

US Supreme Court sends Zubik case back to lower courts