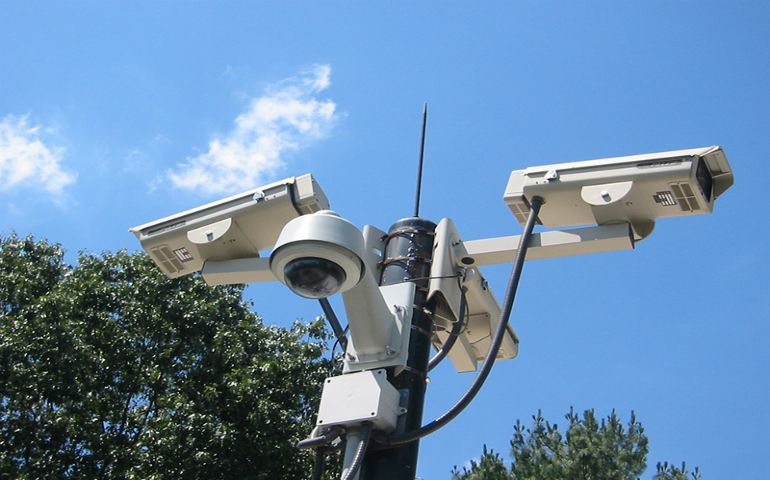 This enhanced security — already in place at many JCCs in the wake of scores of bomb threats in recent weeks — will tax these nonprofits’ budgets and divert funds that could be used for their preschools, gyms and programs for the elderly offered to Jews and non-Jews alike.

Two senators — a Democrat and a Republican — say Congress should help.

Their bill would allot an additional $20 million to improve security at these centers — whether they are Jewish or affiliated with another faith — through an existing Department of Homeland Security grant program.

The funds are not designated for synagogues, mosques or churches, though attacks against houses of worship and religiously affiliated cemeteries have spiked in recent months — from the burnings of mosques to a bullet shot through an Indiana synagogue.

The Faith-Based Community Center Protection Act would also double the penalty for making a false bomb threat from five to 10 years in prison.

“This legislation would help ensure that community centers like the JCC’s have the added protection they need and can focus on serving the community, while the FBI and our Justice Department track down those responsible,” according to a statement from Sen. Martin Heinrich, a New Mexico Democrat who filed the legislation Feb. 27 with Sen. Dean Heller, R-Nev.

So far they have one co-sponsor: Sen. Tammy Baldwin, D-Wis.

Since Jan. 9, more than 100 bomb threats have been called in to Jewish institutions across the country — 77 of them to JCCs in dozens of states. In no case have explosives been found, but the threats have prompted evacuations and rattled JCC staff and clients.

Neither the FBI nor Homeland Security has announced progress in the case.