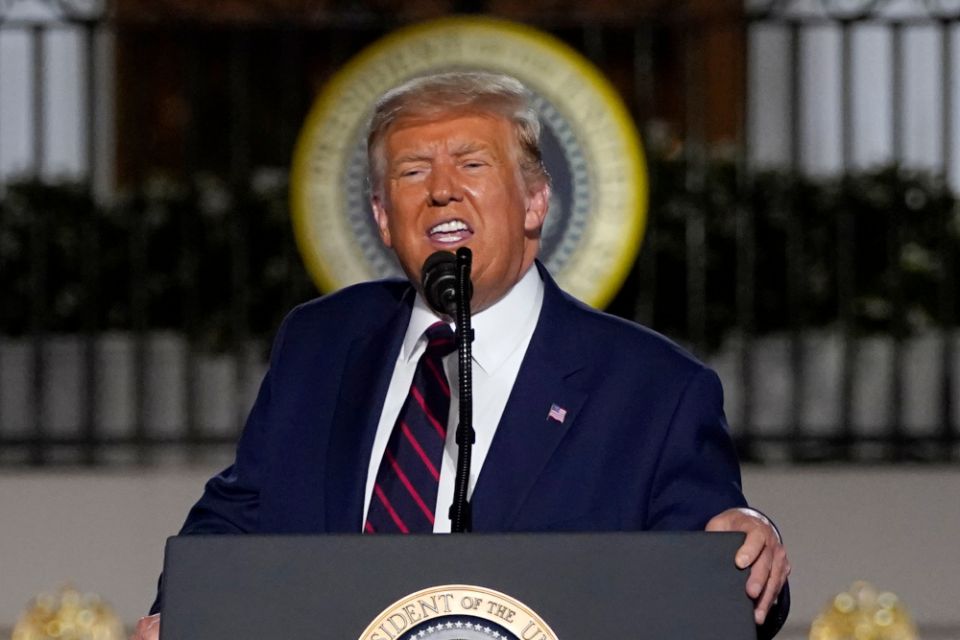 President Donald Trump speaks from the South Lawn of the White House on the fourth day of the Republican National Convention, Thursday, Aug. 27, 2020, in Washington. (AP Photo/Evan Vucci)

A group of Catholic theologians, activists and nuns has signed an open letter to Catholic voters urging them to oppose President Donald Trump, who they argue “flouts core values at the heart of Catholic social teaching.”

More than 150 Catholics, including former staffers at the U.S. Conference of Catholic Bishops, signed the letter, which was organized by Faith in Public Life Action, a faith-based liberal advocacy group.

“While neither political party or candidate reflects the fullness of Catholic teaching on every issue,” the letter said, “President Trump’s character, policy decisions and cruelty toward anyone who challenges him demonstrates a fundamental contempt for what it means to be a Christian.”

Citing the president’s appearance at St. John’s Episcopal Church near the White House during the George Floyd protests, the letter said: “The same president who used a Bible as a political prop for a photo opportunity in front of a church defiles the Gospel in his words and policies. A consistent pattern of racism, sexism and nativism defines this presidency.”

At the Republican National Convention, a nun decried the Biden-Harris campaign as “the most anti-life presidential ticket ever.” Former Notre Dame University football coach Lou Holtz also called Biden a “Catholic in name only,” chiefly for his support of abortion rights.

The Faith in Public Life Action letter rejected claims that Trump is “pro-life,” arguing that “there is nothing pro-life about spreading disinformation about COVID-19, sending refugees and asylum-seekers back to certain death, reinstituting the federal death penalty, policies that worsen climate change, and exploiting racism for political advantage.” It quotes Pope Francis in saying that “the lives of the poor, the lives of migrants, are ‘equally sacred’ as life in the womb.”

Many of the signatories are well-known activists such as Sr. Simone Campbell, a nun who heads the Catholic social justice lobby Network and prayed at this year’s Democratic National Convention.