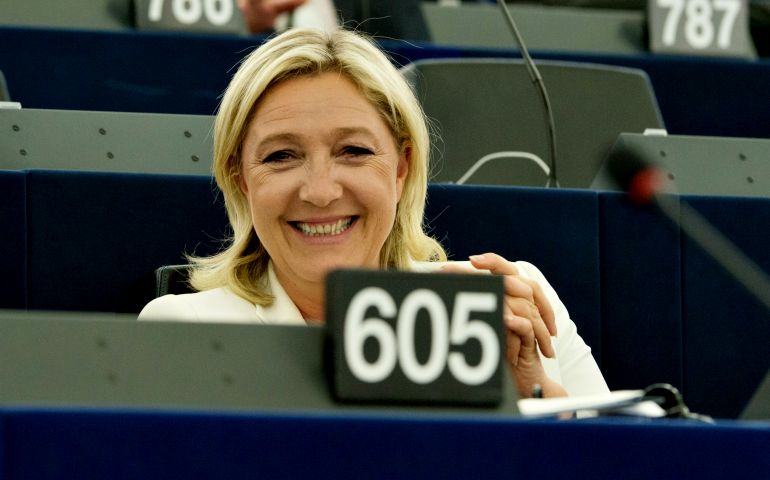 Paris — One year ago, some European observers opined that three dangerous, although unlikely, events could happen in the Western world: The United Kingdom would vote to leave European Union — Brexit; Donald Trump would be elected president of the United States; and Marine Le Pen would be victorious in the French elections of 2017.

On Nov. 9, Le Pen, head of the far-right, xenophobic National Front, hailed the success of Trump, the second-best news of the year for her after Brexit. Some pollsters began to wonder whether she could win the French presidential election runoff next May.

Supporters of the National Front share many of the obsessions of Trump supporters: fear of migrants "who take our jobs," opposition to world trade agreements and defense of protectionism, and Islamophobic rhetoric. All Muslims are would-be terrorists, they believe.

Also, many partisans of the National Front have the same social background as a great part of the Trump electorate. Most live in the north and east of France, the French equivalent of the Rust Belt, where steel and textile factories have been closing for the last 30 years, leaving these people feeling abandoned by Paris with no hope of recovery, no future for themselves or for the next generation.

In France as in the U.S., there is a clear divide between a dozen large, prosperous cities, which are profoundly liberal and open to exchanges with the rest of the world, and the rural and suburban districts, where fear of migrants and an uncertain future and resentment against the elite are widespread. Hence, it is not surprising that Stephen Bannon, strategic adviser of candidate and now President-elect Trump, has praised in Breitbart News the politics of the National Front and of Marion Maréchal-Le Pen, the even more extremist niece of Marine Le Pen.

Over the last decade, the National Front has also drawn more and more support from the French Catholic community. It was thought that given the constant papal denunciations of xenophobia that a strong barrier existed between the racist doctrine of the far-right party and the more tolerant faithful. According to recent polls, however, that is not the case. About 40 percent of practicing Catholics are willing to vote for the National Front and a negative attitude toward Muslims is now at the same level for believers and nonbelievers.

However, although Le Pen carries a 30 percent favorable rating, most observers doubt that she can win a competitive presidential election. One of the reasons for Trump victory is that he was massively supported by the electorate of one of the two major political parties in the Unites States. Polls show that close to 90 percent of Republicans voted for him. In France, the dominant right-wing party, les Républicains, has historically refused to deal with the National Front, which it considers a dangerous competitor.

It would seem that the conservative but cautious program of les Républicains is more attractive to a majority of the voters than the adventurous proposals of the National Front, which include the exit from the euro and the European Union and a trade war that seems unrealistic for a medium-size country like France. One of the unsolved problems of Le Pen is her poor showing with the older part of the population, who are scared by her program.

Another major worry for the leader of the National Front is that, contrary to Trump, she faces a growing internal split between her northern and southern partisans. Her own leadership is threatened by the ambitions of her glamorous 30-something niece, Maréchal-Le Pen, who won Bannon's support.

The northern militants follow Marine Le Pen, but their main concerns are jobs and they don't really care about issues such as same-sex marriage. Meanwhile, Maréchal-Le Pen, whose electoral fiefdom is in the south, plays on the hostility to the large Muslim population living in that part of the country and she is a militant opponent of gay rights.

Populism in France has less to do with a Trump-like phenomenon than with specific European problems, such as a continuous flow of Muslim migrants and the rejection of European Union rules concerning trade and security. Le Pen's supporters believe she will be the first female president of France, but this election season may not be the time she breaks that glass ceiling.

[Antoine de Tarlé is a French journalist and a frequent contributor to the Jesuit monthly Études.]