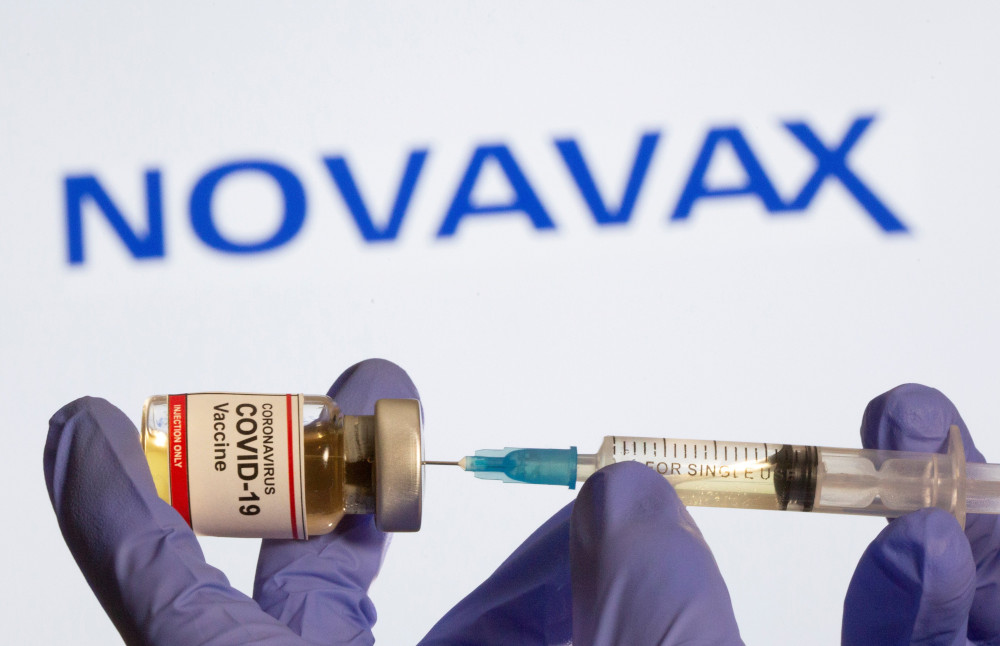 A small bottle labeled with a "Coronavirus COVID-19 Vaccine" sticker and a medical syringe is displayed in front of a Novavax logo in this illustration taken Oct. 30, 2020. The Pontifical Academy for Life has called for international cooperation in setting up COVID-19 vaccine production sites around the world.(CNS photo/Reuters/Dado Ruvic)

Saying there is "too much antagonism and competition" as well as an obvious "risk of severe injustices" in the distribution of COVID-19 vaccines, the Pontifical Academy for Life called for international cooperation in setting up vaccine production sites around the world.

The same kind of collaboration that went into the development of the vaccines must now be employed to ensure there is an adequate supply available, including for the world's poorest countries, the academy said in a statement Jan. 22.

Archbishop Vincenzo Paglia, president of the academy, and Msgr. Renzo Pegoraro, the academy's chancellor, insisted swift action must be taken to avoid some countries receiving the vaccine "very late because of shortages due to the prior purchase of large quantities by the richer states."

In an earlier statement, the academy had asked governments "to overcome the logic of 'vaccine nationalism,'" with wealthy nations reserving massive amounts of the vaccine without considering how poorer countries would access doses.

The academy called for international agreements "to manage patents" on the approved vaccines so that, using the same formulas, doses could be produced around the world and distributed locally.

"Industrial production of the vaccine should become a collaborative operation between states, pharmaceutical companies and other organizations so that it can be carried out simultaneously in different areas of the world," the academy said.

The need for governments and international agencies to work with the World Health Organization to ensure increased production and wider distribution "appears to be increasingly strong and urgent," the statement said.

According to the World Heath Organization, by Jan. 21 some 38% of Israelis had been vaccinated while 5.3% of people in the United States had. With no vaccines at all having been administered in dozens of mostly poor nations, the worldwide statistic was 0.7%.