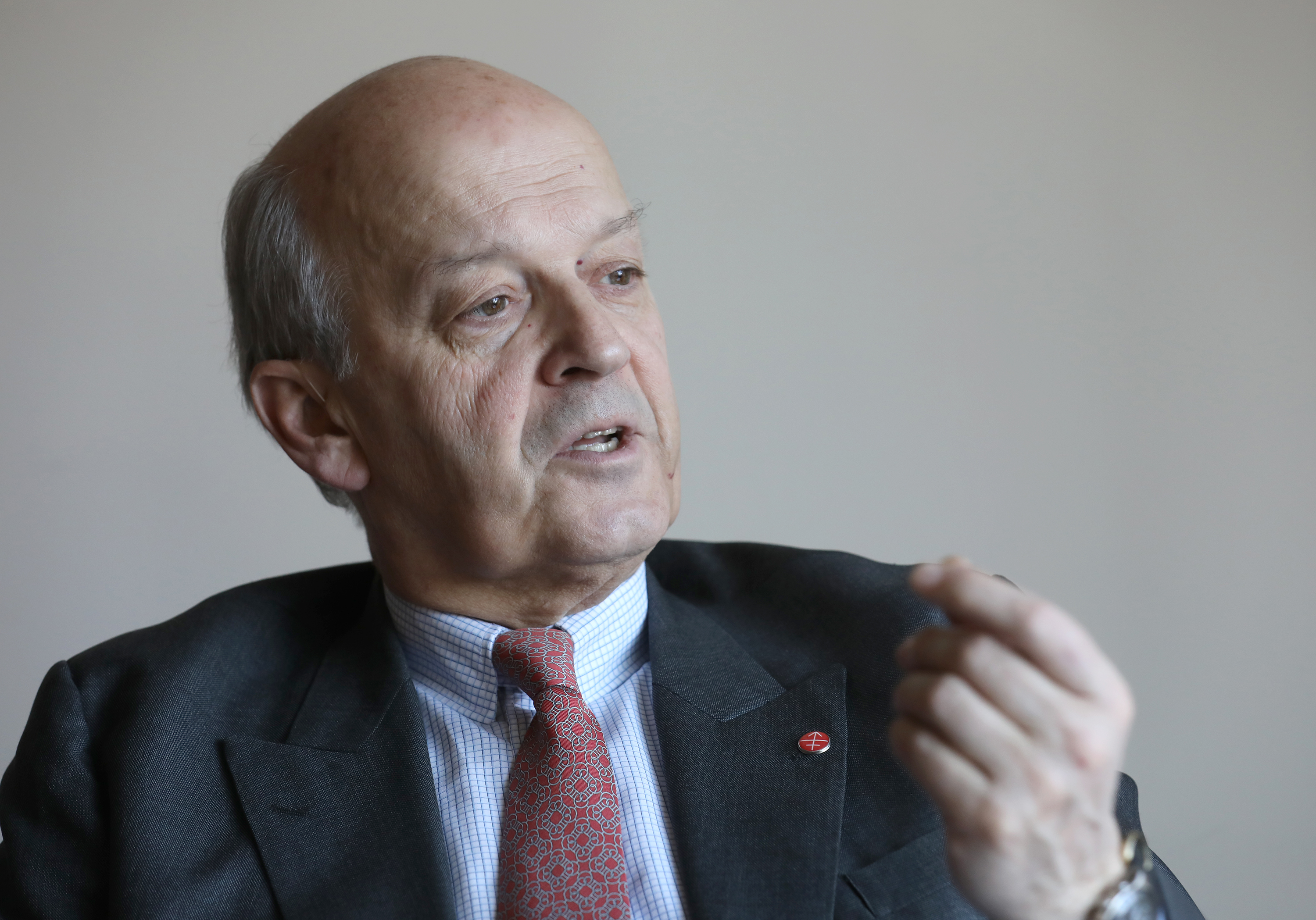 Christians are being martyred in numbers never seen before, and their fellow believers who worship in relative safety and security should be massing in the streets in support of persecuted believers.

But that activism needs to happen beyond the push of nationalistic populists, who have used the persecution of Christians to promote a political agenda, said Thomas Heine-Geldern, the Vienna-based executive president of Aid to the Church in Need International, a pontifical foundation that supports needy and troubled Catholic dioceses around the world.

"We need to wake up the church all over the world," Heine-Geldern told NCR in an interview at the offices of the Holy See Mission to the United Nations here. He was in New York to receive the 2019 Path to Peace Award from the Holy See on behalf of Aid to the Church in Need International.

Though it is impossible to know the exact numbers of people persecuted for their faith, ACN claims that that one third of the world's population suffers from religious persecution in some form, with Christians being the most persecuted group.

Recent examples of attacks on Christians include this year's Easter Sunday bombings in Sri Lanka and the continuing violence in the Philippines, where the bombing of a cathedral killed 20 in January.

In Syria, 700,000 Christians have been forced to flee the civil war there. In Iraq, a Christian population of 1.2 million has been reduced to 300,000, according to figures compiled by Aid to the Church in Need International.

Much of the world has looked away from anti-Christian violence. The result, said Heine-Geldern, is that populist movements, particularly in Europe, have filled the breach.

"We have to not be absorbed by right-wing populists who are using our values," said Heine-Geldern. In particular, he noted the example of Hungarian Prime Minister Viktor Orban, who has embraced the cause against Christian persecution while moving aggressively against immigrants of all religious backgrounds.

Meanwhile, Christians in the West have become "altogether lazy" in facing the threat of persecution, said Heine-Geldern, noting that a demonstration his organization put together could only attract a few thousand in Vienna. He would like to see massive demonstrations in world capitals dedicated to supporting persecuted Christians, including Washington, but he said Christians who enjoy religious freedom remain largely untouched by the issue.

Heine-Geldern is a retired paper industry executive, spending 40 years in a firm with a presence in 14 different countries. He has a son who is a Jesuit and his father was a Catholic publisher, well known in German-speaking Catholic circles. Last year he was appointed executive president of Aid to the Church in Need International. The organization has a presence in 23 countries, with its U.S. office located in Brooklyn, New York.

Aid to the Church in Need came out of the work of Fr. Werenfried van Straaten*, a Dutch Norbertine priest who ministered to German refugees expelled from Eastern Europe after World War II. Van Straaten gathered donations from Catholics in Belgium and the Netherlands in a gesture of reconciliation, just years after Nazi troops brutally occupied those countries.  By 1948, the organization was assisting the church behind the Iron Curtain.

It later enlarged its reach into Latin America after a request by Pope John XXIII. After the fall of communism, it expanded its reach and was recognized as a pontifical foundation by Pope Benedict XVI in 2011.

Heine-Geldern told NCR that persecution of Christians often has complicated causes. Christians in some parts of the world are victims of the Shia/Sunni conflict in the Muslim world. In other places, they represent a thriving middle class that is resented by others. And in Africa, climate change has spread the desert, causing Muslim herdsmen to seek greener pastures, often populated by Christian farmers and rural settlements.

"Often religion is used as an excuse for social conflict," he said, urging that the Christian response to persecution remain true to faith values. "We know that Jesus wants us to proceed on the way with mercy and reconciliation," he said.

*The spelling of this name has been corrected.