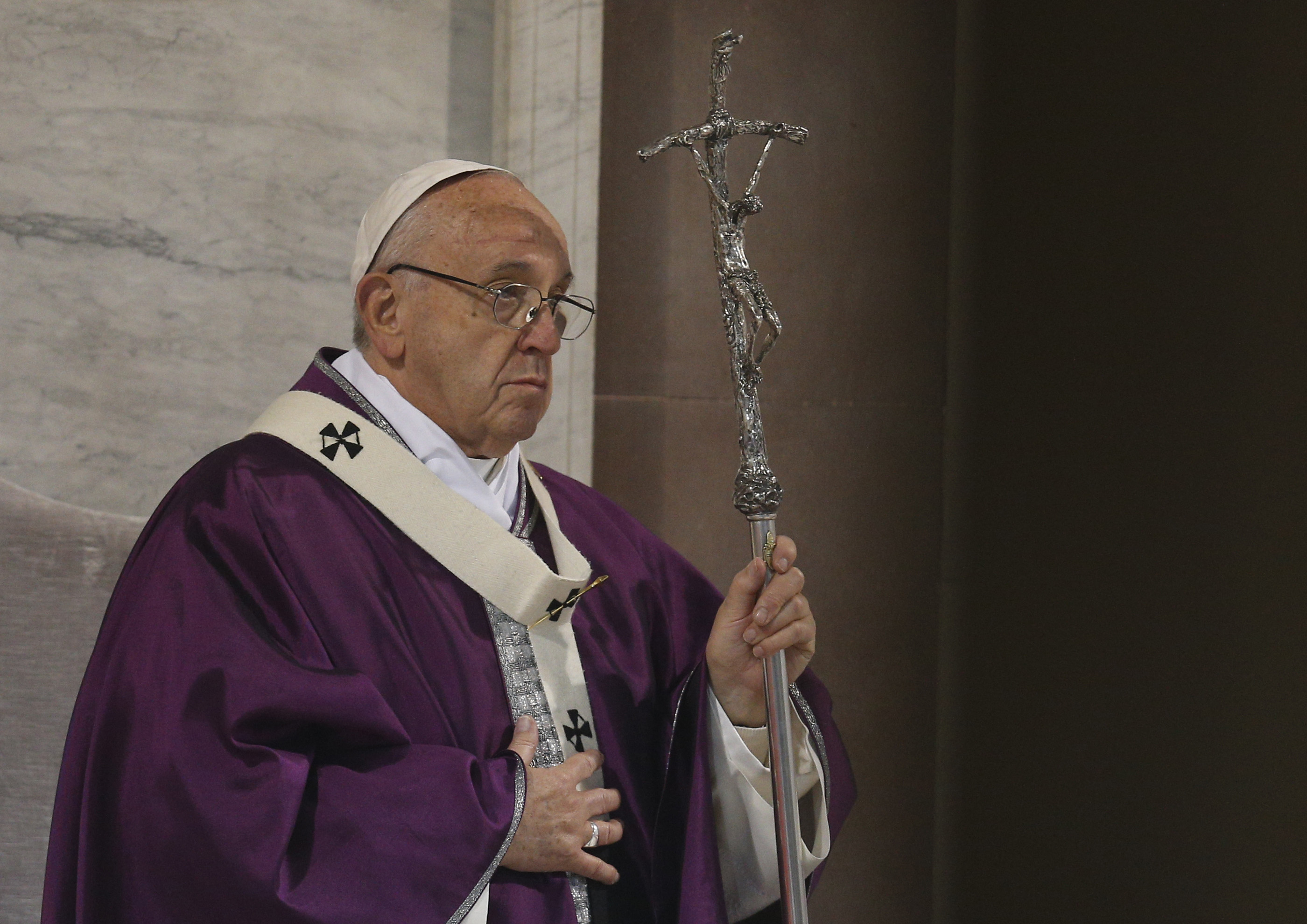 Pope Francis holds his crosier during Ash Wednesday Mass at the Basilica of Santa Sabina in Rome Feb. 14. (CNS/Paul Haring)

Pope Francis revealed in a meeting with confreres of his Jesuit order last month that he meets with survivors of sexual abuse on a nearly weekly basis, according to a newly released transcript of the encounter.

In a Jan. 19 question and answer session during his visit to Peru, the text of which was published for the first time Feb. 15 by Italian Jesuit magazine La Civiltà Cattolica, the pope said the Catholic Church must hear from those who have been abused by clergy.

"We need to listen to what someone who has been abused feels," Francis told the Jesuits, according to the transcript, and continued: "On Fridays — sometimes this is known and sometimes it is not known — I normally meet some of them."

"The process they go through is very tough," said the pope. "They are left annihilated. Annihilated!"

Francis had previously been known to have met with abuse victims only a handful of times over the span of his nearly five-year papacy. He met with survivors once in Philadelphia during his 2015 visit to the U.S. and again last month in Chile, where he visited before Peru.

Revelation of the pontiff's apparent weekly meetings with survivors in Rome raises a number of questions about how the Vatican has arranged the encounters and who has been chosen to take part.

Vatican spokesman Greg Burke said in a statement following the release of the transcript that Francis meets with abuse victims "several times a month" in order to listen to them "and to try to help them heal the grave wounds caused by abuse." Burke said the meetings are held "under the strictest privacy," out of respect for the victims' suffering.

Boston Cardinal Seán O'Malley, the head of the Pontifical Commission for the Protection of Minors, said in an email to NCR that Francis "has emphasized being close to the people, especially to the poor and those who have suffered different forms of violence."

"My understanding is that he makes a special point of meeting with victims of sexual abuse as minors," said O'Malley. "Respecting their right to privacy, these meetings are not published. Some have become known ... but most remain anonymous." 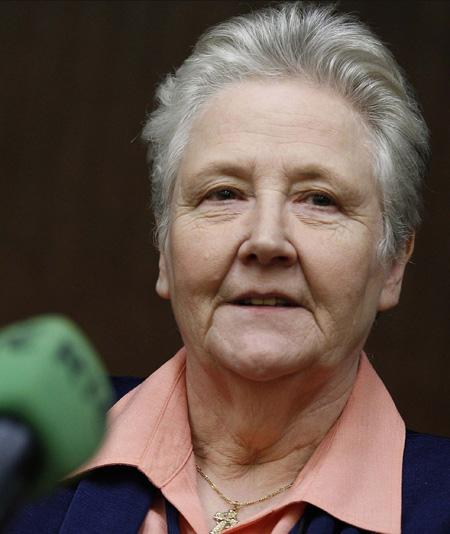 Marie Collins, an Irish abuse survivor known for her persistence in pushing the Vatican to better protect children from abuse, called the revelation noteworthy and said she would like more information about the meetings.

"I don't think there's awareness of this up to now," said Collins, who resigned in frustration last March from O'Malley's pontifical commission. "This is important news and it would be interesting to have more clarity around it."

News of Francis' weekly meetings comes as the pontiff is facing criticism over how he has handled accusations about Bishop Juan Barros Madrid, whom he appointed to lead the diocese of Osorno, Chile in 2015.

Three survivors have said Barros was present as a priest to witness notorious abuser Fr. Fernando Karadima harm them in the 1980s and '90s. During the trip to Chile, Francis called the accusations against Barros "calumny" and later doubled-down on that claim during a press conference on the plane back to Rome.

Those remarks angered abuse survivors and advocate groups. Abuse-tracking website BishopAccountability.org said the pope had "turned back the clock to the darkest days" of the abuse scandals, and that it would make victims afraid to come forward for fear of not being believed.

Francis appeared to make an about-face on the Barros issue upon returning home, with the Vatican announcing Jan. 30 that the pope would send Maltese Archbishop Charles Scicluna, one of the church's most respected investigators of clergy abuse, to examine the survivors' claims.

The Feb. 15 Civiltà Cattolica transcript of the pope's meeting with the Peruvian Jesuits is introduced with a short preface from Jesuit Fr. Antonio Spadaro, the magazine's editor-in-chief, who says the text was approved by Francis before publication. The text is in Italian, but Francis likely spoke in Spanish, Peru's primary language and his native tongue.

In the question and answer session, the pope told his Jesuit confreres that clergy sexual abuse is "the greatest desolation that the church is suffering."

The pontiff also recalled a story from his time as archbishop of Buenos Aires. He said he was walking through a square in the city and came across a couple with their child. As he passed, the couple told their child to come close and to "be careful of the pedophiles."

"How shameful I felt!" said Francis. "What shame! They didn’t realize that I was the archbishop, I was a priest and — what shame!"

The pope said the abuse scandals are "a great humiliation" and said they show "not only our fragility, but also, let us say so clearly, our level of hypocrisy." He said has heard people cite statistics that the percentage of Catholic priests who have committed abuse is only 1.6 percent.

"But it is terrible even if only one of our brothers is such!" said the pontiff. "For God anointed him to sanctify children and adults, and instead of making them holy he has destroyed them. It is horrible!"

Francis said it was "notable" that some newer religious congregations have been the cause of abuse scandals.

"Abuse in these congregations is always the fruit of a mentality tied to power that has to be healed in its malicious roots," said Francis. "And I will add: there are three levels of abuse that come together: abuse of authority ... sexual abuse and an economic mess."

"There is always money involved," he said. "The three levels come together very often in the new congregations that have fallen into this problem of abuse."