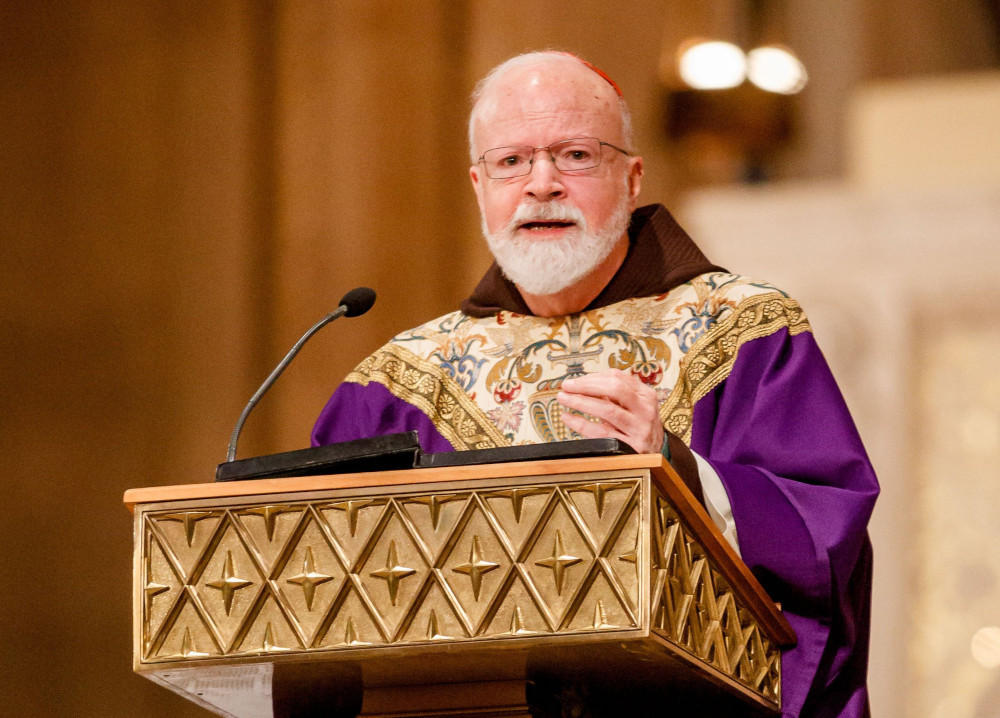 Boston Cardinal Seán P. O'Malley, president of the Pontifical Commission for the Protection of Minors, delivers the homily during the closing Mass of the National Prayer Vigil for Life Jan. 21, 2020, at the Basilica of the National Shrine of the Immaculate Conception in Washington. (CNS photo/Gregory L. Tracy, The Pilot)

Pope Francis reconfirmed the leadership of the Pontifical Commission for the Protection of Minors and expanded its membership from 17 to 20 people, naming 10 new members and reappointing 10 returning members.

U.S. Cardinal Seán P. O'Malley of Boston, president of the commission, said, "Coming from all over the world with varied backgrounds and a common passion for the well-being of children and vulnerable people, the members announced today include advocates and practitioners of prevention and protection to the many areas in which the church ministers to children."

The members include "representatives from canon law, social work, the medical and psychological professions, law enforcement and the judiciary as well as pastoral experts who currently work in dioceses and religious congregations," he said in a statement Sept. 30, the day the appointments were announced.

"They have all spent significant amounts of their professional lives listening to and supporting victim/survivors of sexual abuse by clergy and church personnel," he said.

The commission's 20 members include 10 women and 10 men. Twelve of the members are laypeople, three are women religious, three are bishops and two are priests. Four represent Africa or the Middle East, five come from the Americas, five from Asia and Oceania, and six from Europe.

The commission's leadership continues to be O'Malley as president and Oblate Father Andrew Small as secretary "pro tempore."

The new members are:

-- Maud de Boer-Buquicchio, a lawyer from the Netherlands, long active in serving at the European Commission of Human Rights and its court and the Council of Europe. She was the U.N. special rapporteur on the sale and sexual exploitation of children from 2014 to 2020.

-- Teresa Devlin, an expert in child protection from Ireland, currently serving as CEO of the National Board for Safeguarding Children in the Catholic Church in Ireland.

-- Emilie Rivet-Duval, a clinical psychologist from Mauritius specializing in the mental health of young people.

-- Irma Patricia Espinosa Hernández, a surgeon, theologian, psychiatrist and psychotherapist from Mexico specializing in criminal psychology and the profiling and evaluation of victims of abuse and sex offenders.

-- Maronite Bishop Peter Karam, a Lebanese who serves as patriarchal vicar of the Maronite Synod of Bishops.

-- Ewa Kusz, a psychologist, therapist and forensic expert from Poland, who organizes conferences, studies and formation seminars for the church on safeguarding.

-- Sr. Annah Theresa Nyadombo, a member of the Handmaids of Our Lady of Mount Carmel, she is coordinator in Zimbabwe of Talitha Kum -- the global network of religious helping survivors of human trafficking -- and is the coordinator of education and safeguarding for the Zimbabwe Catholic Bishops' Conference.

-- Sri Lankan Good Shepherd Sr. Niluka Perera, a social worker and coordinator of Catholic Care for Children, a project of the International Union of Superiors General in Rome. She is also active with anti-trafficking networks, including Talitha Kum.

-- Auxiliary Bishop Thibault Verny of Paris, who heads the archdiocese's efforts in child protection and is chairman of the Safeguarding Commission of the French bishops' conference.

The returning members are:

-- Ernesto Caffo, founder and president of an Italian non-profit promoting children's rights and combating abuse and violence against minors.

-- Indian Sr. Arina Gonsalves, an expert in law and education, vice provincial of the Religious of Jesus and Mary, and secretary-general of the safeguarding center for the Latin-rite bishops' conference of India.

-- Nelson Giovanelli Dos Santos, the Brazilian co-founder of Fazenda da Esperança and an expert in the rehabilitation of young victims of drug addiction and abuse.

-- Sinalelea Fe'ao, chief education officer for the Diocese of Tonga and Niue.

-- Benyam Dawit Mezmur, an Ethiopian professor of law specializing in human rights and children's rights. He was chairperson of the U.N. Committee on the Rights of the Child in 2015-17.

-- Jesuit Fr. Hans Zollner, president of the Pontifical Gregorian University's Institute of Anthropology and Interdisciplinary Studies on Human Dignity and Care, which trains experts in safeguarding and in the care of survivors.

Francis formally established the pontifical commission in March 2014. The body of experts, with input from survivors, is meant to make proposals and spearhead initiatives to improve safeguarding norms and procedures. It remains an advisory body for the pope, and it offers concrete assistance to every level of the church worldwide.