Beatifications for May, June postponed due to pandemic 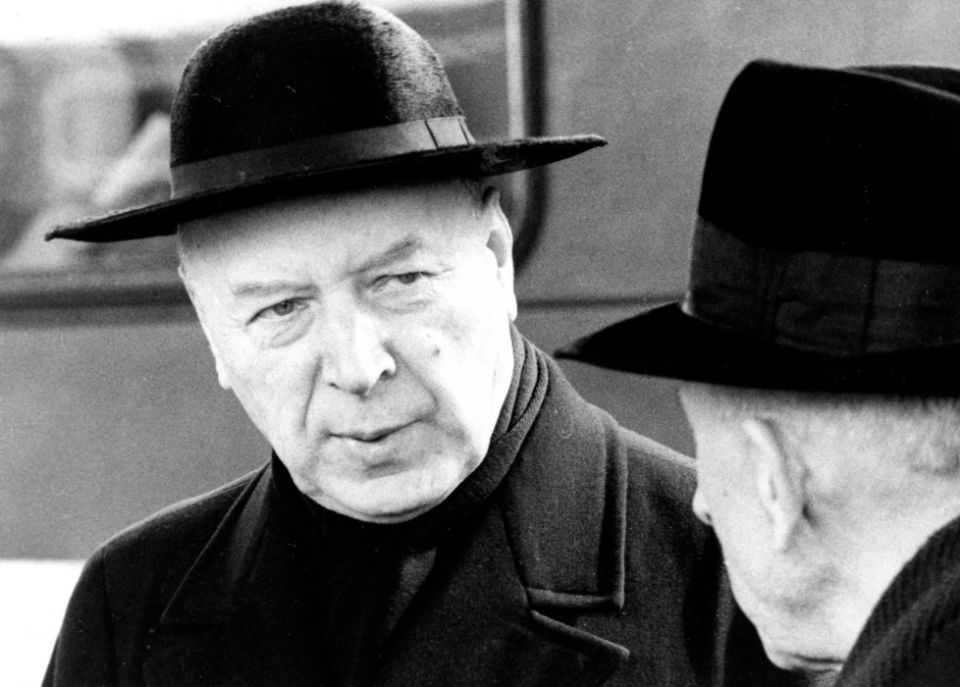 Cardinal Stefan Wyszynski of Poland is pictured in an undated photo. The Vatican announced that, due to the COVID-19 pandemic, several beatifications scheduled for May and June will be postponed, including the beatification of a Cardinal Wyszynski, mentor and friend of St. John Paul II. (CNS files)

Vatican City — The Vatican announced that due to the coronavirus pandemic, several beatifications scheduled for May and June will be postponed, including the beatification of a mentor and friend of St. John Paul II.

In a statement released at the end of April, the Congregation for Saints' Causes said the beatifications also would be delayed in order to respect social distancing measures in place to prevent the spread of COVID-19.

"Due to the ongoing pandemic situation and the necessary prudential measures that must be taken regarding religious ceremonies involving the presence of numerous faithful, at the request of the bishops concerned, the beatifications that had been set for the coming months are postponed," the statement said. New dates for the ceremonies have not been set.

Among the beatifications that were postponed was that of Cardinal Stefan Wyszynski, who was primate of Poland from 1949 until his death from cancer in 1981. He was Poland's youngest bishop when he was installed as archbishop of Warsaw and Gniezno during communist rule.

In 1953, several months after he was made cardinal, he was placed under house arrest after he called on the Catholic Church in Poland to resist against the communist government. He was released three years later after the events of the Polish October revolution that ended Stalinism in the country.

Among his proteges was the future St. John Paul II. When then-Father Karol Wojtyla was appointed auxiliary bishop of Krakow, the cardinal presented him to a group of priests, saying "Habemus papam" ("We have a pope").

"In view of this, once the pandemic is over, we will organize the beatification ceremony in Warsaw in a decent, solemn and modest way that takes the consequences of the pandemic into consideration," Nycz said.

The Congregation for Saints' Causes also announced the postponement of the beatifications of:

— Sr. Maria Ripamonti, also known as Sr. Lucia of the Immaculate. Born in Italy in 1909, she was a member of the Handmaids of Charity. She died in 1954 and was to be beatified May 9.

— Maria Velotti, founder of the Adoration Sisters of the Holy Cross. She was born in 1826 and died in 1886 in Casoria, Italy. She was to be beatified May 16.

— Fr. Cayetano Gimenez Martin and 15 companions killed in 1936 during the Spanish civil war, who were to be beatified May 23.

— Sandra Sabattini, a young Italian laywoman who was active in helping the poor with the Pope John XXIII Community. Born in 1961, she died in 1984 and was to be beatified June 14.

Quick Reads | Beatifications for May, June postponed due to pandemic