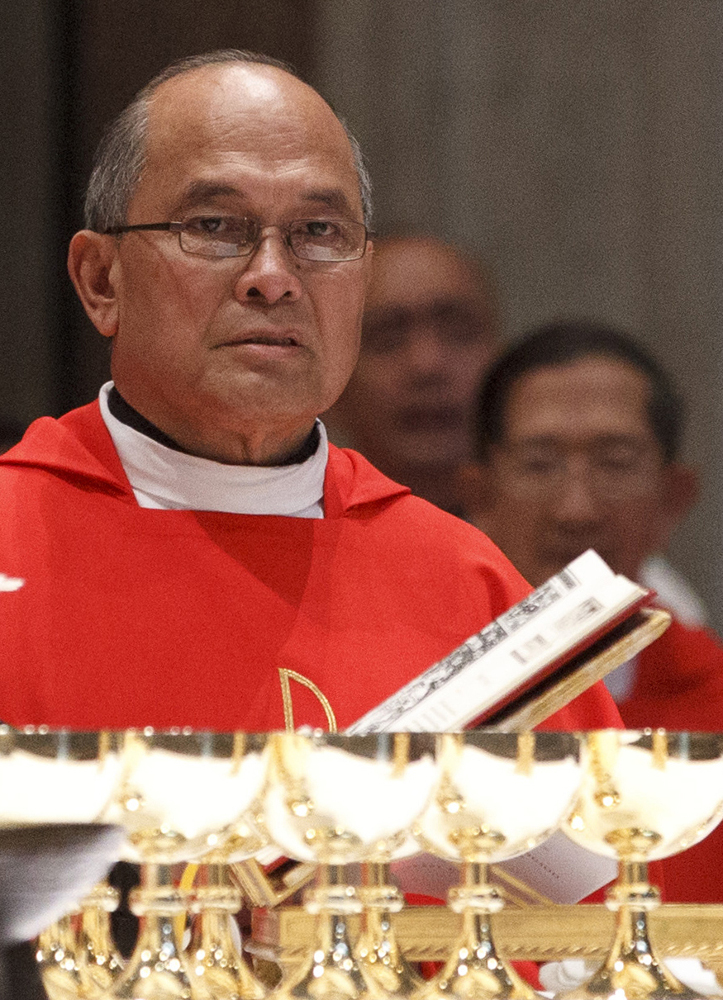 Now-former Archbishop Anthony Apuron of Agaña, Guam, is pictured in a 2012 photo at the Vatican. (CNS/Paul Haring) 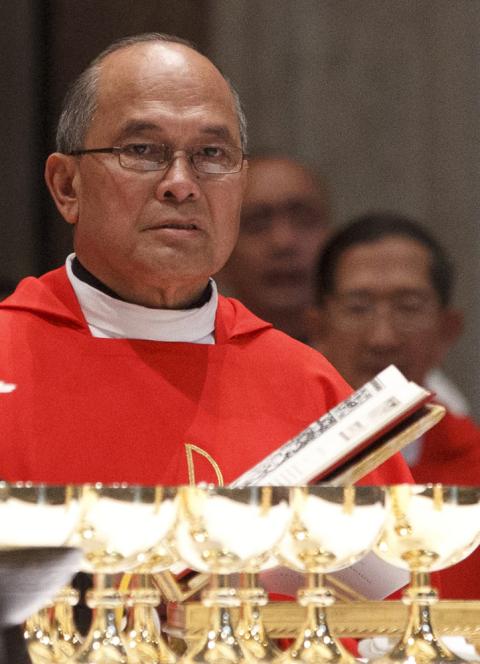 Now-former Archbishop Anthony Apuron of Agaña, Guam, is pictured in a 2012 photo at the Vatican. (CNS/Paul Haring)

The Vatican's Congregation for the Doctrine of the Faith has rejected an appeal by the now-former Archbishop Anthony Apuron of Agaña, Guam, upholding its judgment of finding him guilty of abuse against minors.

The doctrinal tribunal's decision is final and no further appeals are possible, it said in a communique published April 4.

The 73-year-old member of the Order of Friars Minor Capuchin was ordained a bishop in 1984 and he "sacramentally" remains a bishop, Alessandro Gisotti, interim director of the Vatican press office, told reporters April 4.

However, Gisotti added, Apuron has been formally removed from the "office" of archbishop of Agaña, where he was installed in 1986, and his removal from "ecclesiastical office" means he may no longer wear the usual "insignia" associated with it, such as a bishop's ring, miter and staff.

Archbishop Michael Byrnes, who was named coadjutor of the archdiocese in 2016, automatically becomes the archbishop of Agaña, Gisotti said.

In a statement released later in the day, Byrnes said, "We welcome this closure with great relief. We have needed it badly. It has been a long and painful period for our church and our island community as a whole."

"Our church on Guam can now continue with certainty, our collective journey toward healing and reconciliation. Most importantly, the victims, survivors and their families who have suffered greatly can have some measure of solace that justice has been rendered in the church's tribunal process," he wrote.

After conducting a canonical trial against Apuron, the apostolic tribunal of the Congregation for the Doctrine of the Faith announced in March 2018 that it found him guilty of several accusations against him, including the sexual abuse of minors. The original statement never specified the number of charges the bishop faced, how many of them he was found guilty of or even the nature of the offenses for which he was convicted.

The bishop was allowed to and did appeal the sentence and sanctions, which included the removal from office and a prohibition from residing in Guam. Because of the appeal, the imposed penalties were suspended until a final resolution.

At the time, Apuron said through his lawyer, "God is my witness; I am innocent and I look forward to proving my innocence in the appeals process."

That appeals process now has concluded, the doctrinal office said April 4, and the tribunal upheld in early February the original sentence of "finding the archbishop guilty of delicts against the sixth commandment with minors."

In a written statement released by his lawyer, Apuron said child sexual abuse is an "abhorrent crime" that demands a transparent search for the truth, justice and compassion for survivors.

However, he maintained he was innocent of all charges, which were part of "a coordinated campaign" and the work of "a pressure group that plotted to destroy me."

Nonetheless, "I will totally submit to the judgment of the Holy Father," he said, offering his suffering "to my accusers."

Apuron is among the highest-ranking church leaders to have been tried by the Vatican for sexual offenses. U.S. Cardinal Raymond Burke, a noted canon lawyer, was the presiding judge in the canonical investigation of Apuron.

Pope Francis explained how the Vatican was proceeding in trying to hold bishops accused of abuse accountable and discussed his role in the appeals process during an inflight press conference with reporters in August 2018.

"A particular bishop has to be judged and so the pope sets up a jury more capable of taking that case," he said, explaining that the tribunals and juries change for each case.

"This is the way we have done things up to now. A number of bishops have been judged this way; the latest was the archbishop of Guam, who appealed his sentence," Pope Francis said.

"I decided — because it was a very, very complex case — to make use of the right that I have, hear his appeal on my own, and not to send him to the appeal court that carries out its work with priests," the pope said.

By taking it up personally, the pope "set up a commission of canon lawyers to help me" and offer a "recommendation" so the pope could make a judgment.

"It is a complicated case on the one hand, but not difficult, because the evidence is extremely clear; from the standpoint of evidence, it is clear," the pope said.

Apuron had been accused of sexually abusing several boys in the 1970s, and, in early January 2018, one of his nephews publicly claimed the bishop had sexually abused him in 1990. Apuron continually has denied the allegations.

Pope Francis placed Apuron on leave in June 2016 after the accusations were made public. The pope named an apostolic administrator to oversee the archdiocese for several months and then named Byrnes, a former auxiliary bishop of Detroit, to take over.

Until the Vatican court handed down its first sentence, Apuron had continued to hold the title of archbishop of Agaña, but did not hold the faculties, rights or obligations pertaining to the office, because they had been granted to Byrnes.

The former archbishop greeted Pope Francis at the end of a general audience in February 2018, in Rome. The Italian website, Vatican Insider, claimed former Apuron told the pope, "Holy Father, I wanted to see you before I die."