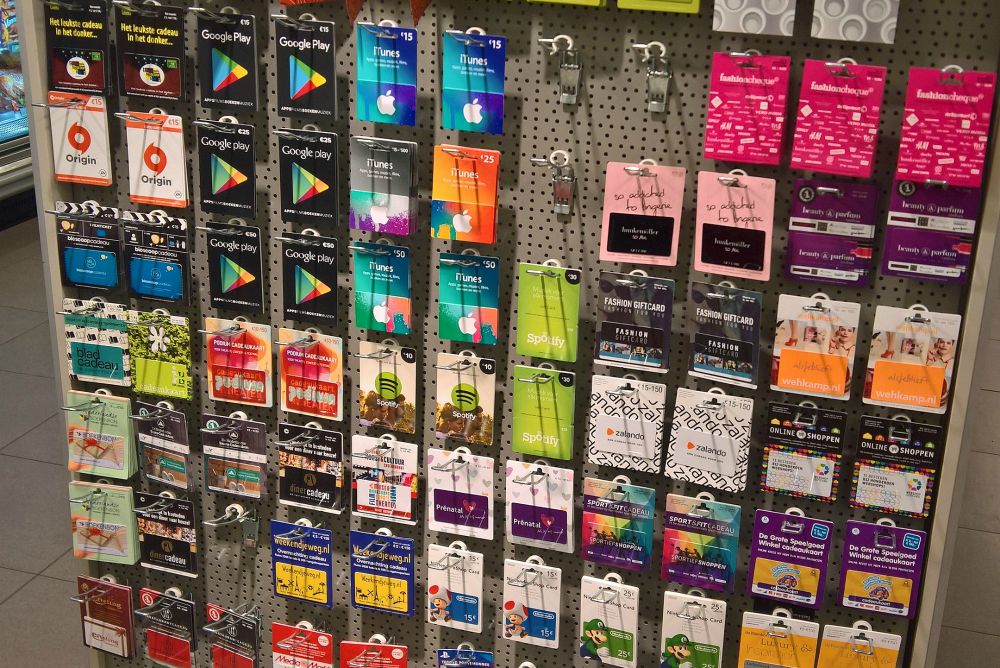 Scammers have taken aim at pastors, parishes and even the bishop in the Diocese of Jackson, Mississippi, in the past couple of months.

Just after Christmas, parishioners at St. Richard Church in Jackson received a warning that someone pretending to be pastor Fr. John Bohn was using a fake email address to try to persuade people to buy gift cards for him.

Fr. Lincoln Dall, pastor of St. Jude Parish in Pearl, and Fr/ Albeen Vatti, pastor of St. Francis of Assisi Parish in Madison, had to warn their parishes of similar schemes. Most recently, the parishes served by the Priests of the Sacred Heart in north Mississippi sent out warnings to their members.

Even Jackson Bishop Joseph Kopacz was not immune. Twice in the past four months, someone has created an email account using his name and sent messages asking for gift cards.

The email usually begins with a simple "Hi," but without a recipients' name, and asks for financial help for a worthy cause. The pastor's name concludes the request.

The Federal Trade Commission and the Office of the Attorney General of Mississippi have both sent out alerts about scams just like these. Priests and pastors will never email parishioners looking for gift cards and would never send a business email from a private account such as AOL or Gmail.

"Scammers are good at convincing people there really is an emergency, so lots of people have made the trip to the Walmart or Target or CVS to buy gift cards to send these callers. And scammers love gift cards — it's one of their favorite ways to get your money. These cards are like giving cash — and nearly untraceable, unless you act almost immediately," wrote Jennifer Leach, assistant director in the FTC's Division of Consumer and Business Education, in a blog post for the federal agency.

She added that gift cards should never be used as payment for any kind of emergency such as a car repair or plane ticket.

If someone has fallen victim to this type of scam, there is some help, but the victim has to act quickly.

"If you've bought a gift card and lost money to someone who might be a scammer, tell the company who issued the card," Leach said in her blog post. The contact info might be on the card, but might require some research.

"Call or email iTunes or Amazon or whoever it was," she continued. "Tell them their card was used in a scam. If you act quickly enough, they might be able to get your money back. But — either way — it's important that they know what happened to you. And then please tell the FTC about your loss. Your report helps us try to shut the scammers down."

The FTC has an online complaint page where victims can enter their information. The page can be accessed at ftccomplaintassistant.gov.

A follow-up scam at St. Richard and St. Jude involved text messages sent to parishioners asking for gift cards for the pastor.

St. Richard's parish secretary Chelsea Vaughn told the Mississippi Catholic, Jackson's diocesan newspaper, that she was able to report the phone numbers used for the texts to Google Voice so they could be shut down.

Most parishes impacted sent emails to their parishioners and posted warnings about the scams to social media, but it is hard to tell how many people may have responded before the warnings went out.

On April 12, the diocese put out a warning about a job application scam. Someone is placing job ads on Indeed.com pretending to represent the Jackson Diocese. The supposed contact attempts to get personal information from applicants. The chancery office does not have any ads currently running on this job site and the Jackson Diocese would never ask for personal information on the phone before a staff member conducts an in-depth interview. The diocese does not currently have a David Morgan or Jennifer Smith in the HR department.

A final scam landed in the diocesan payroll office. When the diocese reported it, State Attorney General Jim Hood's office said it had already issued an alert about this kind of scheme because it had surfaced at state agencies.

"The scammers are emailing agencies' Human Resources (HR) directors requesting a direct deposit form, which is the step taken when an employee wishes to sign up for or make a change to their paycheck deposit," Hood explained about the scam in his alert. "The email appears to come from an employee's work email address.

"In one case, an email address of a state agency's executive director was spoofed. The email indicated that the executive director was changing bank accounts and needed to change the account information on file at the office. When the HR director sent the proper forms to make such a change back to the email address that made the request, the address appeared as a Gmail account. The scammer behind that account quickly replied with the 'new' banking information, a fake voided check and the signed forms."

When someone emailed the diocesan payroll office impersonating an employee the payroll office was able to ask the employee in person to verify the change. Luckily, this scam was stopped before any money was deposited.

The bottom line, say experts, is that people should always verify in person or by phone any request involving money or personal information. Email and text messages are convenient, but anonymous and easily created by crooks.

In Pennsylvania, CBS Philly had a report about parishes in the Philadelphia Archdiocese being targeted.

The news story prompted officials in the Diocese of Trenton, New Jersey, to issue an alert there regarding these reports of email and text scams using the name of a pastor to solicit funds for gift cards or cash donations. Several pastors said they have already heard from parishioners who received such emails or text messages.

The diocese advised parishioners "that pastors do not raise money in this manner" and urged them "to exercise the utmost caution when receiving this type of communication." Law enforcement officials said parishioners should question any email or text that doesn't come from a person in their contacts.

Those who feel they have been a victim of such a scam are urged to contact their local police department.