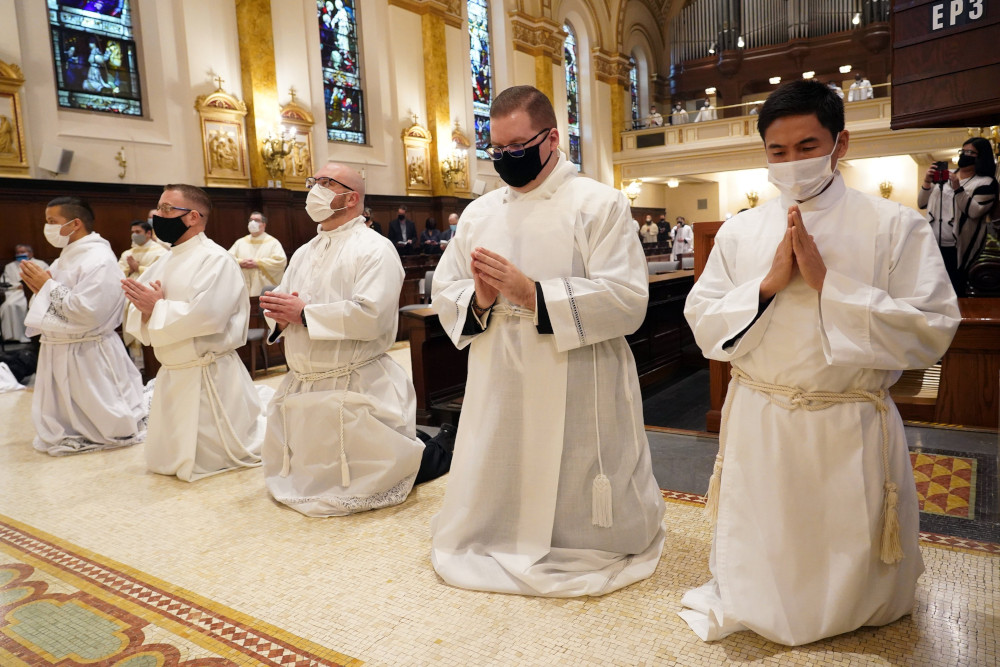 Seminarians kneel in the sanctuary during their ordination to the diaconate Nov. 7, 2020, at St. Joseph's Seminary in Yonkers, N.Y. (CNS/Gregory A. Shemitz)

Developed by a seminary study group assembled by the McGrath Institute for Church Life at the University of Notre Dame, the voluntary benchmarks are meant to bolster the sexual misconduct policies seminaries already have in place, said John Cavadini, institute director.

"We worked really hard to come up with benchmarks so that if you adopted all of them into your policy, you would have a policy that is credible to potential victims," Cavadini told Catholic News Service.

Specifically, the benchmarks are:

The institute introduced a website May 18 outlining the benchmarks, listing the seminaries and houses of formation that have committed to them, and the study group that developed them.

Cavadini said more seminaries and houses of formation are expected to commit to the benchmarks as they circulate more widely.

Fr. Mark Latcovich, president-rector of St. Mary Seminary and Graduate School of Theology in the Diocese of Cleveland, was one of 20 members of the study group. The seminary is among those that have committed to meeting these benchmarks. 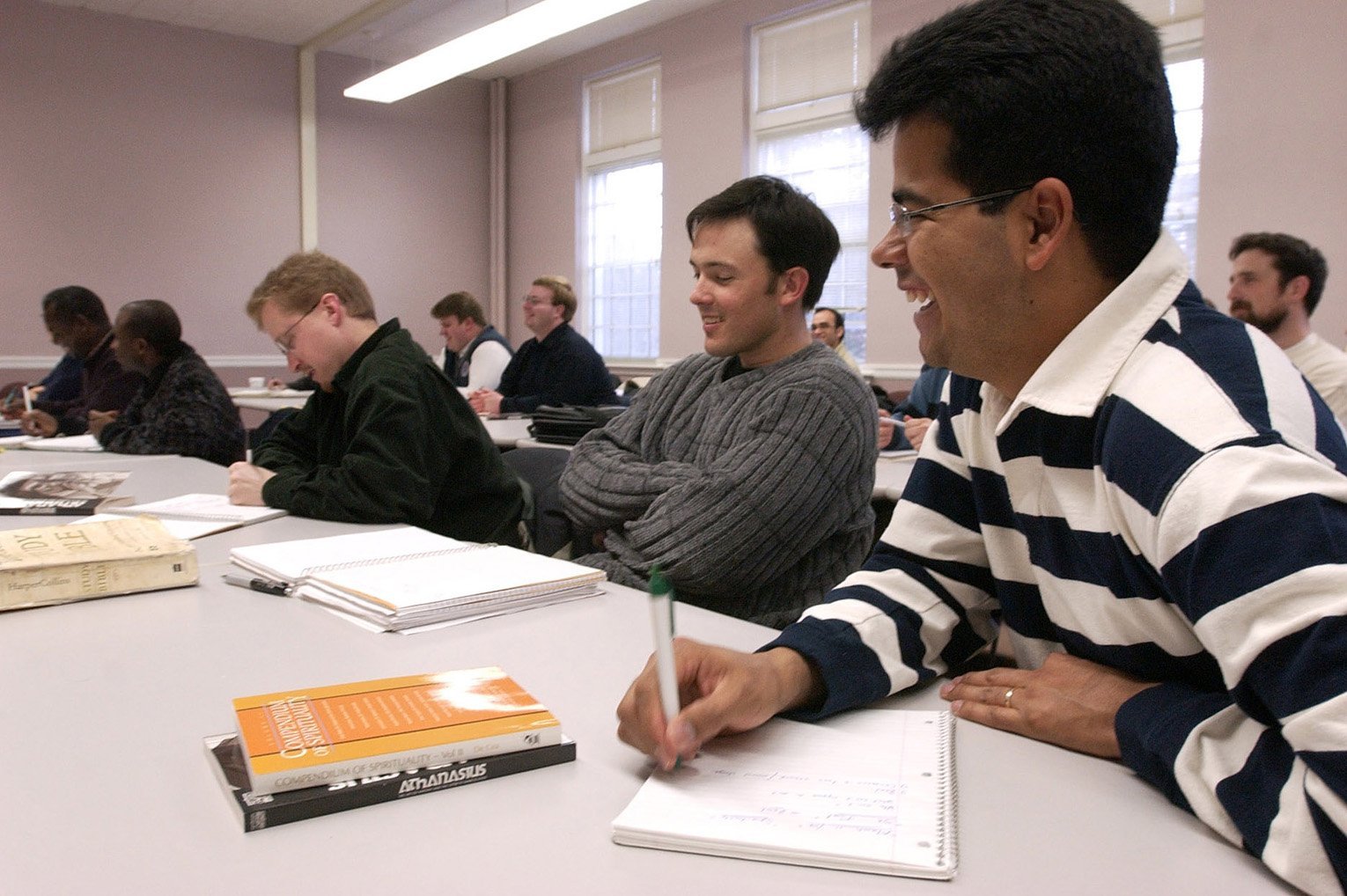 Seminarians attend a spirituality course at the University of St. Mary of the Lake/Mundelein Seminary in Mundelein, Ill., in this 2004 file photo. (CNS/Karen Callaway/Northwest Indiana Catholic)

They are a guide for seminaries to follow in assessing how well their misconduct policies are working and how well seminarians know about them, Latcovich said.

"Seminaries can make sure their policy is shaped so that no one gets lost in the policy," he told CNS.

The priest said reporting sexual misconduct is "something that no one should be fearful about."

Another study group member, Bishop W. Shawn McKnight of Jefferson City, Missouri, described the benchmarks as "very simple" and said he believes they can be helpful in meeting the standards for sexual abuse prevention detailed in the U.S. bishops' "Charter for the Protection of Children and Young People."

"This is a positive approach where we're asking institutions to commit themselves. These are good things, these five benchmarks," he said.

The benchmarks, Cavadini said, emerged from a 2018 study the McGrath Institute commissioned with the Center for Applied Research in the Apostolate in Washington following reports about the sexual misconduct involving seminarians by Theodore McCarrick, a onetime cardinal.

The study found that just 6% of seminarians reported experiencing some form of sexual harassment or misconduct, while 90% reported none. Misconduct was defined as something as simple as an off-color statement to more aggressive activity such as touching, kissing and fondling and requests to "engage in any kind of sexual relations with them or someone else."

The study incorporated responses from 1,544 seminarians, about 65% of the 2,375 students in formation who were contacted.

Cavadini said two other findings stood out, however.

The first related to how seriously seminary administrators and faculty consider issues of sexual harassment, abuse or misconduct. While 84% of students in formation said it was taken "very seriously," 11% of respondents said misconduct was taken "somewhat seriously," "a little seriously" or "not seriously at all."

In response, Cavadini explained, the institute wanted to address such issues, even if they existed among a small number of students overall. That led to the formation of the study group that eventually hashed out the benchmarks.

McKnight credited Cavadini and his lay colleagues for pulling together the effort that resulted in the benchmarks. He described it as a "bottom-up approach, rather than top-down."

"Parents of seminarians are very concerned about making sure their sons are being sent to a safe environment," the bishop said. "I believe that a good response in light of the McCarrick scandal is that we have basic protocols is place. So the benchmarks are a good start."