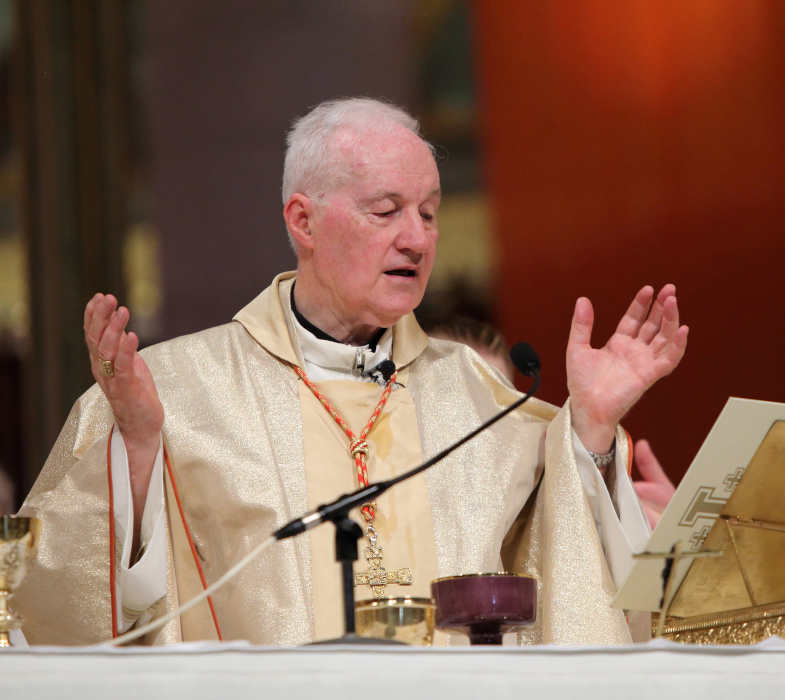 Cardinal Marc Ouellet, prefect of the Congregation for Bishops, is pictured in a 2018 photo. He called for having more women on seminary formation teams as professors and counselors so men can develop "a balanced relationship with women" in interview published April 24, 2020, by Vatican News. (CNS/Presence/Philippe Vaillancourt)

For some priests and seminarians, "women represent danger, but in reality, the true danger are those men who do not have a balanced relationship with women," said Canadian Cardinal Marc Ouellet, prefect of the Congregation for Bishops.

The cardinal was interviewed about the role of women in seminaries and seminary formation for the May issue of the women's supplement to the Vatican newspaper; the interview was published April 24 by Vatican News.

Asked if a lack of women involved in priestly formation programs is to blame for the discomfort women and priests can experience in each other's company, the cardinal said, "the problem is probably deeper" than that and begins with how women are treated in one's family.

"We must radically change" how priests interact with women, the cardinal said, which is why "during formation it is important that there is contact, discussion, exchanges" with women.

Having women on seminary formation teams as professors and counselors, he said, also "would help a candidate interact with women in a natural way, including in facing the challenge represented by the presence of women, attraction to a woman."

Isolating future priests from women is never a good idea, he said, and is no preparation for them entering ministry.

Asked whether he agreed with the notion that if women had been involved in seminary formation long ago, it could have helped prevent the sexual abuse scandal, the cardinal said, "there certainly is some truth in that because man is an affective being. If interaction between the sexes is missing, there is a risk of developing compensations," which can "express themselves the exercise of power or in closed relationships, a closure that becomes manipulation and control ... and which can give rise to the abuse of conscience and sexual abuse."

"I think that for a priest, learning to relate to women in the environment of formation is a humanizing factor that promotes equilibrium in the man's personality and affectivity," the cardinal said.

While Ouellet said he thought it was better for seminarians to have a priest as their spiritual director, he said seminaries still have not done enough to involve women in the formation process, especially in helping to evaluate candidates for the priesthood, their maturity and their "psycho-social and psycho-sexual identity."