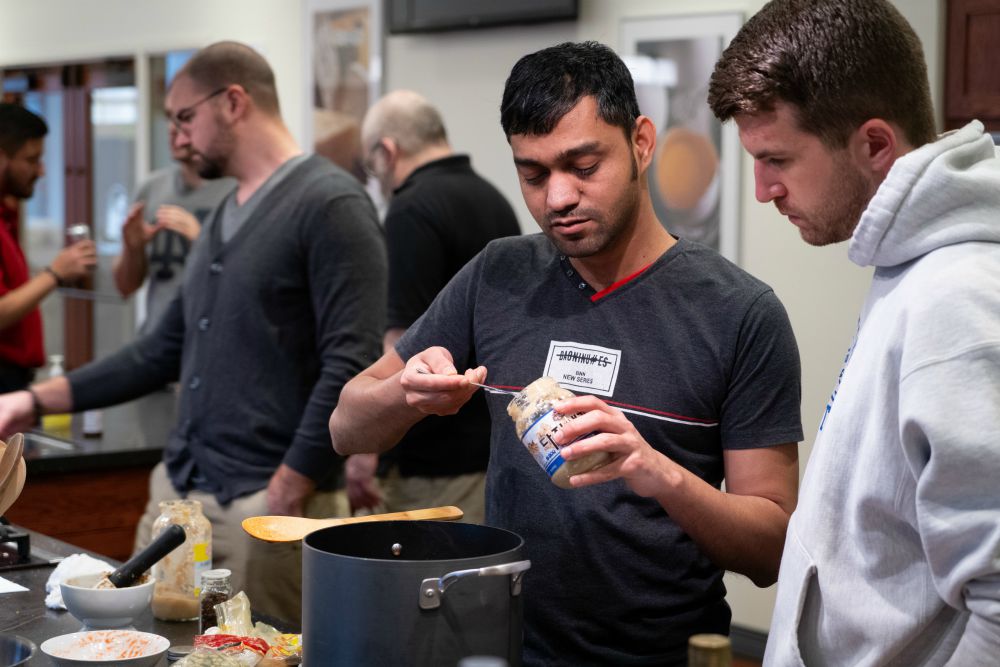 Michael Prakasam, left, a seminarian from the Diocese of Palayamkottai, India, explains an ethnic recipe to seminarian Danny Taylor from the Diocese of Lexington, Kentucky, during a cooking class held at St. Meinrad Seminary and School of Theology in St. Meinrad, Indiana, Jan. 18. The instructor said seminarians have all levels of culinary experience and he aims to equip them for rectory living. The seminary has placed renewed emphasis on human formation in the wake of revelations related to the clergy sexual abuse crisis. (CNS/Katie Rutter)

All accused priest sex abusers attended seminary. While that relationship does not constitute a cause, it has not escaped the attention of seminary rectors and scholars.

This is the sixth part of a series focusing on seminaries in the United States. Every priest, including those accused of sexual abuse or those who disagree with Pope Francis, attended seminary. How are priests being formed? Who is teaching them? How are seminaries adapting to the new wave of abuse crises and condemnation of clericalism from the papacy? NCR will attempt to answer these questions and more.

Other articles in the series:

Part 1: Jesuits in formation fit in with other theology students at Boston College

Seminaries — set apart from the secular world and seen by some as a breeding ground for clericalist attitudes that fostered the sex abuse crisis — have come in for criticism. Yet leaders of Catholic seminaries say that their priestly formation programs have already successfully implemented curricula that can check future sex abuse.

Like other academic institutions, seminaries have varying reputations regarding academic quality. But perhaps even more important is the reputation each institution retains for its philosophy and theology of priestly formation, the term that implies a complete look at a man's qualifications to be ordained.

Some emphasize the cultic nature of the Catholic priesthood, focusing on setting men apart in the sacramental life of the church, which can include the wearing of elaborate attire, such as cassocks, as everyday wear. Others focus on what Pope Francis has described as nurturing the "smell of the sheep," educating priests to better relate to the world of lay people. Still others combine elements of both.

Seminary leaders say they have a largely untold success story. Via classes in preventing sex abuse and more careful screening of candidates, public reports of sex abuse among new priests have declined considerably.

Franciscan Sr. Katarina Schuth, a longtime scholarly researcher about seminary life, is professor emerita at the Seminaries of St. Paul, part of the University of St. Thomas in St. Paul, Minnesota.

Schuth noted that the perpetrators cited in the Pennsylvania grand jury report graduated from seminaries well before the 1990s. The vast majority of cases detailed in the horrific accounts of that report involve priests who attended seminaries in the last century. 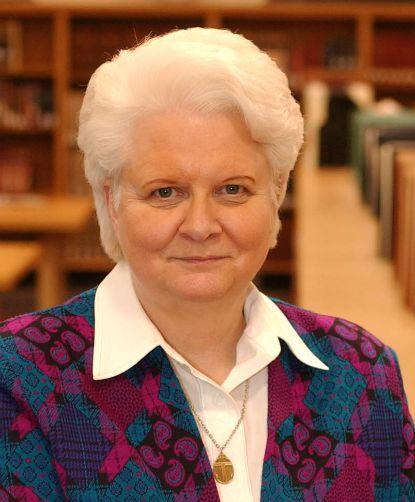 Changes in seminary formation date in part from a document issued by Pope John Paul II in 1992. The apostolic exhortation Pastores Dabo Vobis described the need for human formation, including knowledge of psychology and sociology, in the formation of priests. Schuth also cited the 2002 Dallas Charter of the U.S. bishops, ousting any priest from ministry credibly accused of sex abuse, as another landmark document in how seminary formation deals with the issue.

"I think about it every day. We are on the frontlines," said Sulpician Fr. Phillip Brown, president-rector of St. Mary's Seminary and University in Baltimore.

At St. Mary's, he said, seminarians are formed with a focus on what he described as a "servant model" of priesthood. Before the beginning of the academic year, he tells new candidates, "If your idea is you want a barrier between yourself and lay people, you can go to another seminary."

At St. Mary's, seminarians undergo psychological screening, and counseling is offered via a partnership with St. Luke Institute in Silver Spring, Maryland. Teachers from the Johns Hopkins Bloomberg School of Public Health in Baltimore offer programs on nutrition and healthy living.

"We are taking a proactive approach," said Brown, noting that the goal is to answer for each future priest, "How do you live a balanced life?"

Yet he emphasized that not all facets of priestly formation lie with seminaries.

Much of the screening of candidates takes place at the diocesan level. That process, said Brown, is uneven. Sometimes seminaries are pressured, as other academic institutions are, by the need to keep up enrollment. There is far more seminary space available in the United States than there are priestly formation candidates to fill them. 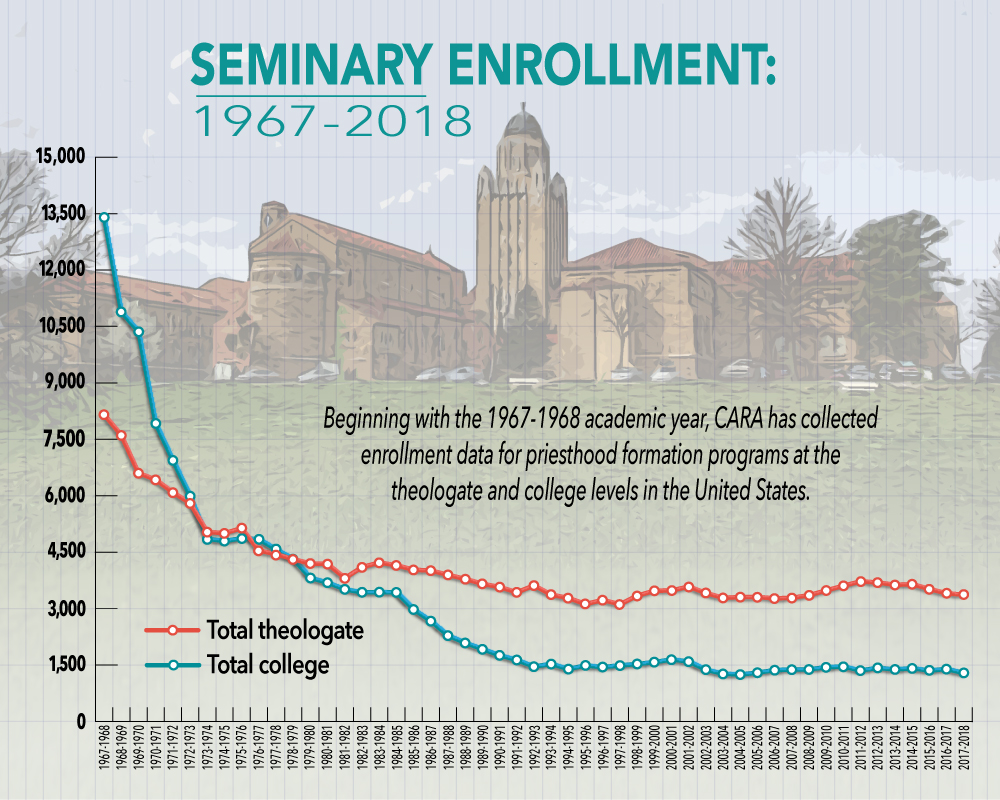 According to the Center for Applied Research in the Apostolate (CARA) at Georgetown University, there were 3,369 seminarians enrolled in graduate studies in the 2017-18 academic year. About 78 percent of those were enrolled for diocesan priesthood studies, the rest for religious orders. Over the past 20 years, that number has remained relatively consistent (3,483 were enrolled in 2000).

The lure to lower standards in order to fill seats is there, said Brown, although he said St. Mary's has avoided that temptation.

"We don't do that. We live with it. We feel that if you uphold high standards, enrollment will come," he said.

Brown's religious community is dedicated to the ministry of seminary education. As a Sulpician, he is well aware of that history, from the development of the monastic model established in response to the Protestant Reformation, setting priests apart from the world, to the post-Vatican II era, when confusion reigned about the purpose of seminary education and how to develop future priests.

Now, he said, more stringent psychological evaluations, the use of advisory committees, including laypeople, to monitor the progress of seminarians, and better communication among seminaries and dioceses about candidates have improved the process.

One rule discourages "seminary shopping," in which candidates who are expelled or leave one seminary find another that will accept them. If a man leaves a seminary, the U.S. Conference of Catholic Bishops' "Program of Priestly Formation" norms require that he wait two years to apply to another seminary.

Msgr. Jeremiah McCarthy, moderator of the curia in the Diocese of Tucson, Arizona, a former rector of St. John's Seminary in Camarillo, California, and former executive director of the Seminary Department at the National Catholic Education Association, paraphrasing John Paul in Pastores Dabo Vobis: "The humanity of the priest must be a bridge and not an obstacle to the proclamation of the Gospel."

John Paul's focus on human formation is akin, he said, to a concept popular in the corporate world, the idea of "emotional intelligence," recruiting candidates for important positions who not only have technical skills but are able to relate well to others and are psychologically mature.

Seminarians are also taught classes in professional ethics and boundary education, as well as discussions on healthy celibate living. "All these components are essential and have always been essential for priestly ministry," said McCarthy.

While those involved in seminary education highlight its successes, critics contend the current structure fosters psychological and other concerns. 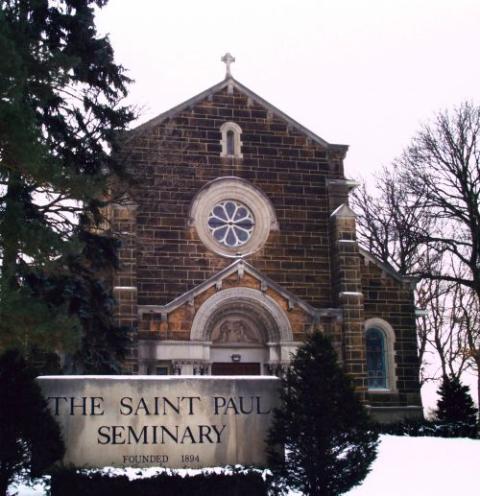 Clare McGrath-Merkle, a writer and scholar on seminary formation, is one. She has a radical solution for seminaries: knock 'em down. Or maybe use them as soup kitchens or housing for the poor. As presently constituted, she argues, seminaries are a clear and present danger to the church.

While seminaries are bastions of tradition, they are, in church terms, relatively recent developments, emerging after the Council of Trent, which concluded in 1563, in response to the Reformation. McGrath-Merkle, the author of Bérulle's Spiritual Theology of Priesthood, said the church should re-examine seminaries.

The sex abuse crisis has hit hard in rural regions, as well as inner city parishes, said McGrath-Merkle in an interview with NCR. Parishes in both places contained Catholics with little influence on the church. So they bore the brunt of the scandal as their parishes were selected by bishops looking to dump priests with questionable pasts.

In a 2010 article for the Journal of Religion and Health titled "Generativity and the U.S. Roman Catholic Bishops' Response to Priests' Sexual Abuse of Minors," she argued that priestly formation needs to take into account the theories of psychologist Erik Erickson, who taught that healthy development means infusing a virtue of care for future generations.

The isolation of seminary life has contributed to the sex abuse crisis, she said. The behaviors of sex abuse are associated with other all-male settings.

"Pederasty is not infrequent. It thrives in certain environments," she said. Among those are prisons and military endeavors where men are left alone with each other for extended periods.

McGrath-Merkle borrows from the late Richard Sipe, the former priest and psychotherapist who chronicled sex abuse in the priesthood. Combine the intense grouping of isolated men for lengthy periods and the ideology of the priesthood as a cultic entity superior to laypeople, and you have a combustible mix, she said. 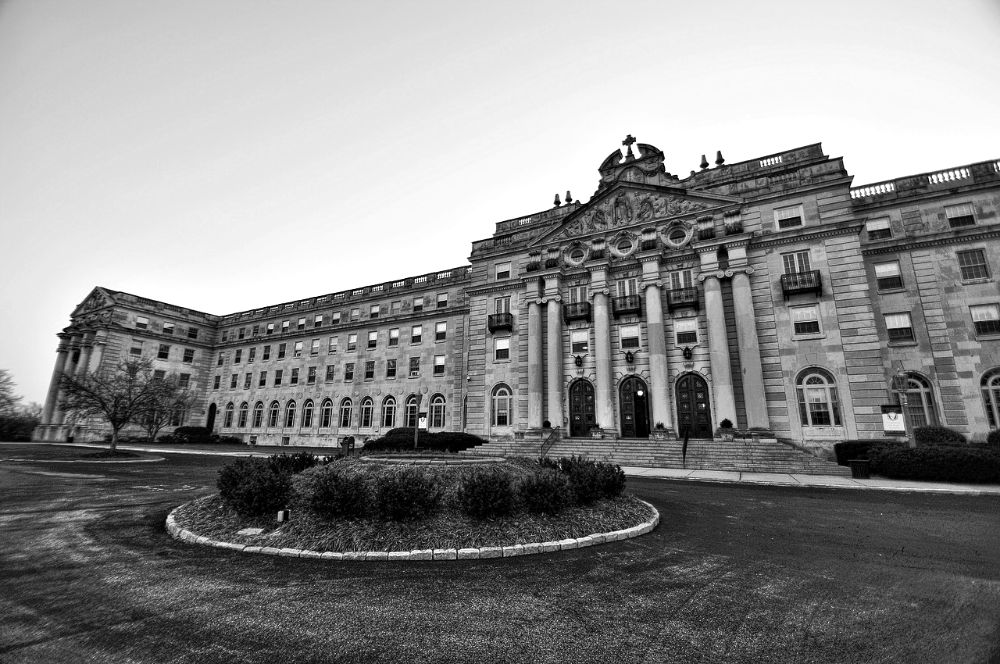 Founded in 1791, St. Mary's Seminary and University in Baltimore is the first Catholic seminary established in the U.S., after the Revolution. In 1929, St. Mary's Seminary moved to its present location on Roland Avenue, pictured here in December 2013. (Wikimedia Commons/Forsaken Fotos)

Minor seminaries, for high school-age and undergraduate students, are a particular problem spot, since they attract young men who are still forming identity. (According to CARA, a total of 350 high school students are enrolled in three remaining high school seminaries in the United States). She argued for a married priesthood, a diaconate open to women and a priesthood training process in which future priests would live with other college students and attend formation classes that include women.

Schuth agreed that some aspects of seminary life can foster a lack of mature development. There is a need, she said, for seminarians to develop healthy friendships. Seminary life, she said, can nurture passivity, as there is a high requirement on pleasing superiors.

Some seminary formation programs have de-emphasized the separation of young men studying for the priesthood from their peers. Some combine college study with lay students as part of the formation process, as done at Boston College School of Theology and Ministry, where Jesuit seminarians take classes with lay people. Other seminaries include a team of laypeople from parishes who accompany the seminarian through his studies, offering advice and pastoral counsel.

But, according to Schuth, seminaries themselves remain necessary. Most young men entering seminaries, she said, have little background in Catholicism. Many are religiously illiterate, she said. Because seminarians come as largely blank slates ready to be formed, the formation philosophy of a seminary is a vital influence on new priests.

And most small dioceses have nowhere near the expertise in vital subjects such as Scripture studies and liturgy to match a traditional seminary curriculum.

"The seminaries are what the bishops want them to be," Schuth told NCR. As such, it will remain the province of the bishops to determine whether or not seminaries will remain vital to the future of the church and what role they will play in a renewed priesthood that will emerge from the present crisis. One vital goal remains: that any future grand jury investigating sex abuse in the Catholic priesthood will come back with nothing to report.

Related: Essential lessons for conducting grand jury investigations of clergy sexual abuse
A version of this story appeared in the March 22-April 4, 2019 print issue under the headline: Seminaries, relatively recent in church history, are still evolving.