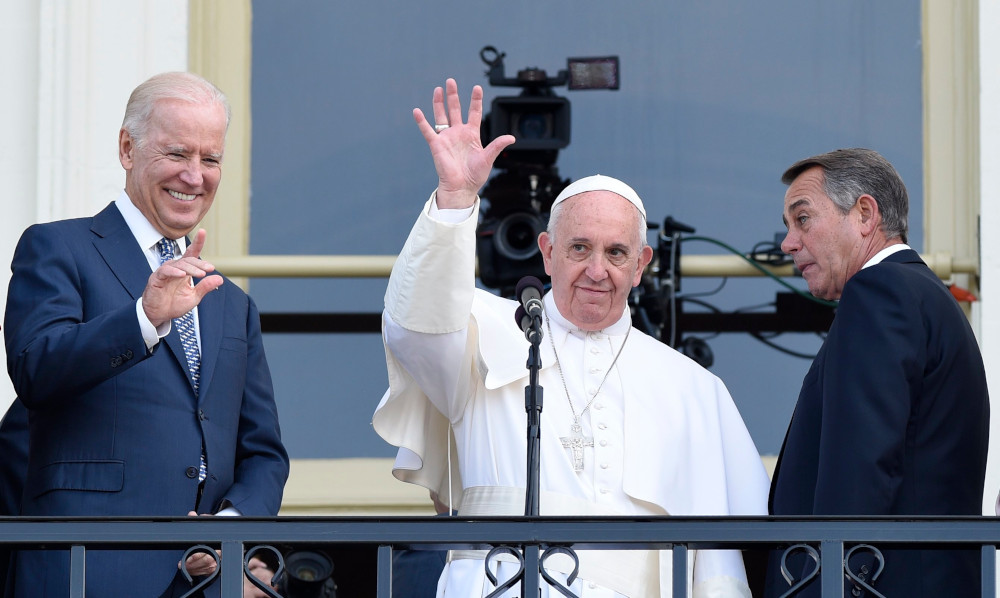 With the choice of Joe Biden as the Democratic nominee for president of the United States, American Catholics are fighting over whether Biden can be called a Catholic politician. Connected to this question is another: "Can a Catholic vote for Biden?"

There are at least six ways to define who is a Catholic politician:

2. A Catholic politician is a politician who follows the directions of the U.S. bishops on political issues.

3. A Catholic politician is a politician who follows the directions of the pope on political issues.

4. A Catholic politician is a politician who embraces the full spectrum of Catholic social teaching.

5. A Catholic politician is a politician who embraces most of Catholic social teaching, even if he or she supports the legalization of abortion and gay marriage.

6. A Catholic politician is a politician who is against abortion and gay marriage, even if he or she rejects most of Catholic social teaching.

Joe Biden is clearly a Catholic under the first definition. He was born into a Catholic family, baptized a Catholic, went to Catholic schools, attends church and presents himself to the world as a Catholic.

Under this definition, there are 22 Catholics in the U.S. Senate, 141 in the House of Representatives and six on the U.S. Supreme Court.

During the Roman persecutions, there was a debate about what to do with Christians who had denied the faith to save their lives. Do they have to be rebaptized? The answer was no.

Bottom line: It is hard to get out of the Catholic Church unless you voluntarily leave, and even then, the door is always open for you to freely return. 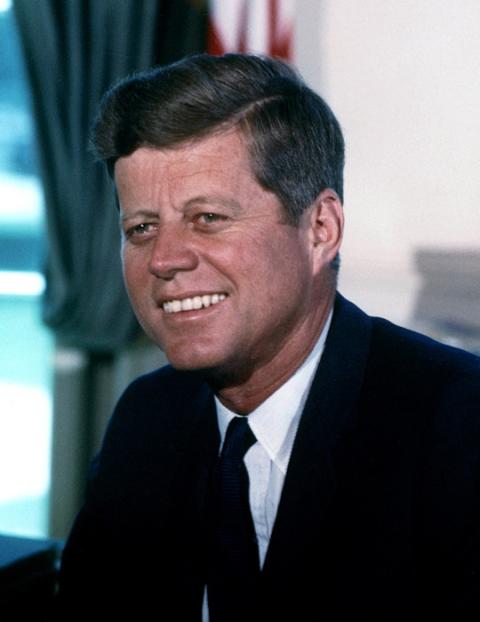 During the 1960 presidential campaign, many Protestants feared John Kennedy would be a Catholic politician who would take orders from the bishops and the pope, definitions two and three. This is why Norman Vincent Peale, Billy Graham and many Protestant ministers either overtly or behind closed doors campaigned against Kennedy.

Kennedy, however, made clear he would not take orders from the bishops or the Vatican.

American Catholics had seen the problems the church got into in Europe when hierarchy aligned itself with specific rulers or political parties. American Catholics, including most bishops, did not want to go down that road.

Historically, as poor immigrants, most Catholics voted Democratic, especially when Al Smith met an anti-Catholic barrage from the Republicans in 1928. The Depression and New Deal cemented these Catholics into the party. But as they began to join the middle class after the Second World War, more and more white Catholics abandoned the party of their parents and voted Republican.

The bishops have maintained the tradition of not endorsing candidates or parties, but they do speak out on issues. It would be difficult, if not impossible, to find a politician who agrees with the bishops or the pope on all issues. They are much too liberal for Republicans on capital punishment, as well as economic, health care, welfare, immigration and foreign policy. They are much too conservative for Democrats on abortion, birth control and gay marriage.

In order to be totally in line with the bishops and the pope, you would have to be a pro-life liberal Democrat. These unicorns have a hard time winning elections. Such a politician would also qualify as a Catholic politician under the fourth definition, one who embraces the full spectrum of Catholic social teaching.

If hardly any politicians embrace the full spectrum of Catholic social teaching, what is a voter to do?

The bishops tried to give guidance to Catholic voters in their statement "Forming Consciences for Faithful Citizenship." In it they acknowledge "Catholics often face difficult choices about how to vote."

In two carefully crafted paragraphs, they give their advice. Activists tend to quote only their favorite lines from these paragraphs, so I give the full text below. Paragraph 34 reads:

A Catholic cannot vote for a candidate who favors a policy promoting an intrinsically evil act, such as abortion, euthanasia, assisted suicide, deliberately subjecting workers or the poor to subhuman living conditions, redefining marriage in ways that violate its essential meaning, or racist behavior, if the voter's intent is to support that position. In such cases, a Catholic would be guilty of formal cooperation in grave evil. At the same time, a voter should not use a candidate's opposition to an intrinsic evil to justify indifference or inattentiveness to other important moral issues involving human life and dignity.

First, it is noteworthy that besides abortion, euthanasia, assisted suicide and gay marriage, the bishops also list as "intrinsically evil," policies "deliberately subjecting workers or the poor to subhuman living conditions" as well as policies promoting "racist behavior." A liberal interpretation of this text opens the door to a wider range of Catholic social teaching than just abortion and gay marriage.

Second, the "if" clause is very important. A Catholic is in trouble only "if the voter's intent is to support that position."

So, a Catholic Republican can vote for Trump, even if his policies promote racism or subject immigrants to subhuman living conditions, as long as the voter's intent is not to support those positions.

And a Catholic Democrat can vote for Biden, even if his policies promote abortions and gay marriage, as long as the voter's intent is not to support those positions.

In Catholic theology, intention — why you are doing something — is essential to an understanding of the morality of an action.

Paragraph 35 of "Faithful Citizenship" acknowledges the messy world of politics, where a candidate may disagree with church teaching on an important issue but a Catholic might still vote for that candidate for other morally grave reasons. 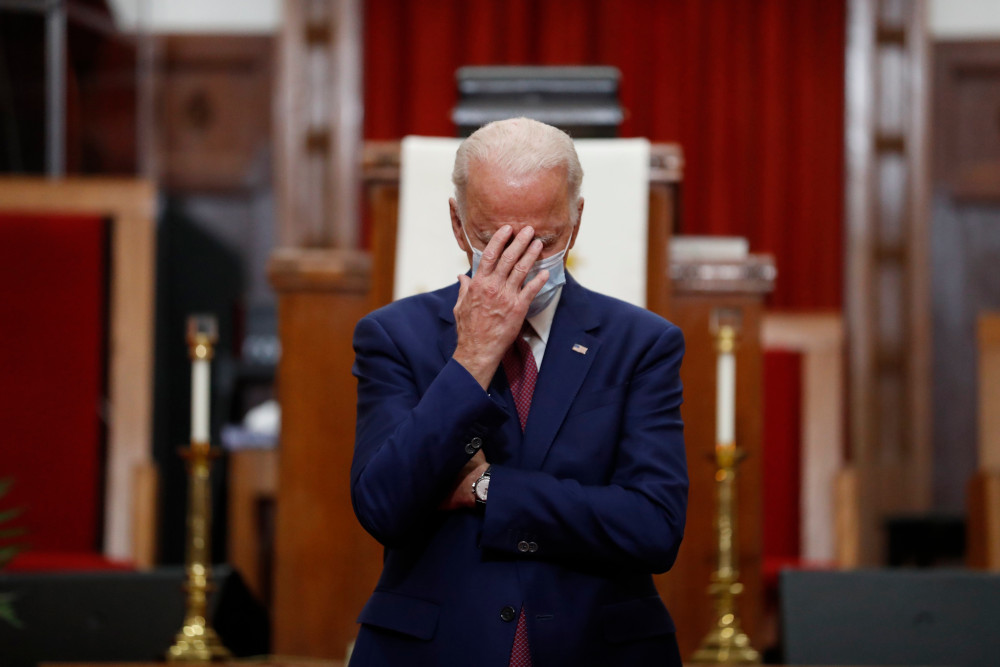 There may be times when a Catholic who rejects a candidate's unacceptable position even on policies promoting an intrinsically evil act may reasonably decide to vote for that candidate for other morally grave reasons. Voting in this way would be permissible only for truly grave moral reasons, not to advance narrow interests or partisan preferences or to ignore a fundamental moral evil.

Thus, a Catholic Republican might feel impelled to vote for Trump despite his policies promoting racism or subjecting immigrants to subhuman living conditions, because of other morally grave reasons, for example, his opposition to abortion.

A Catholic Democrat might feel impelled to vote for Biden despite his position on abortion and gay marriage because of other morally grave reasons, for example, his positions on racism, immigration, global warming and COVID-19.

In fact, most Catholics will not go through this kind of sophisticated analysis before voting.

Most white Catholic Republicans agree with Trump's treatment of immigrants and most Catholic Democrats agree with Biden that abortion should be legal.

Nor will most priests provide much guidance. Some will falsely tell their flocks they will go to hell if they vote for Biden or any pro-choice candidate. Others will signal their preferences by preaching only on abortion or only on social justice in the lead-up to the election.

How much effect any of this has on the election is open for debate. Most Catholics, like most voters, have already made up their minds. Few are open to persuasion, but these few matter a lot in close elections. Turnout also matters. Republicans will work to get white Catholics to the polls while Democrats will focus on Hispanic Catholics.