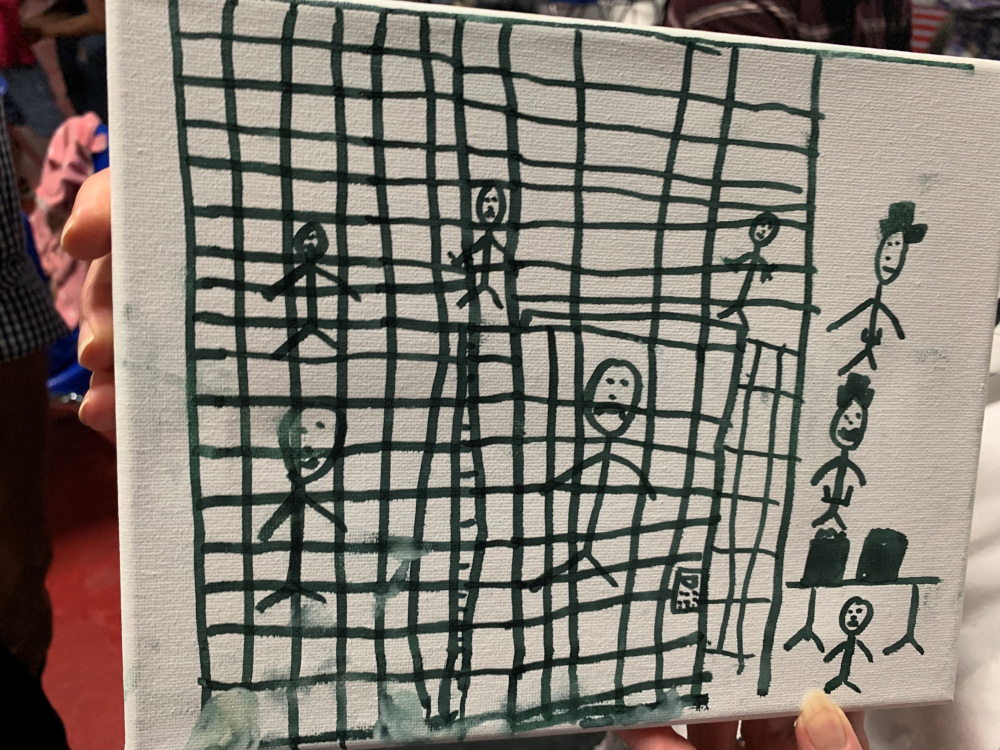 The Smithsonian Museum of American History is looking at the possibility of acquiring for its collection drawings made by children ages 10 and 11 at a Catholic Charities center in Texas, which may depict their stay at federal detention centers for immigrants near the border.

In early July, news outlets circulated three drawings of stick figures the children made at a Catholic Charities of the Rio Grande Valley "respite center," which seem as if they're depicting their lives in immigration detention inside cages or fenced spaces. The drawings were made public by the American Academy of Pediatrics after the group toured a U.S. Customs and Border Protection center and other facilities in and around McAllen, Texas, near the border.

In a statement sent to Catholic News Service July 9, the museum said it "does not publicize nor speculate on potential collecting" prior to acquiring artifacts, but it confirms that on July 4, a curator reached out to the pediatric organization about the children’s drawings "as part of an exploratory process."

Sr. Norma Pimentel, a member of the Missionaries of Jesus and the center's executive director, told The New York Times that the Catholic Charities center in McAllen has the drawings. The center, which has moved to a variety of locations in the McAllen area since it opened in 2014, provides food, shelter, clothing and travel orientation for migrants recently released by federal immigration officials near the Brownsville-McAllen area.

The story said a member of the pediatric organization took the photos of the drawings during the June visit, but the names of the children who drew them are unknown.

"The museum has a long commitment to telling the complex and complicated history of the United States and to documenting that history as it unfolds, such as it did following 9/11 and Hurricane Katrina, and as it does with political campaigns,” said the statement from the museum.

In July 2018, top leaders of the U.S. Conference Catholic Bishops toured a federal detention facility in the area and celebrated Mass with unaccompanied children detained there. They also visited the Catholic Charities respite center and served a meal for incoming immigrant parents and children who had recently been released by immigration officials.