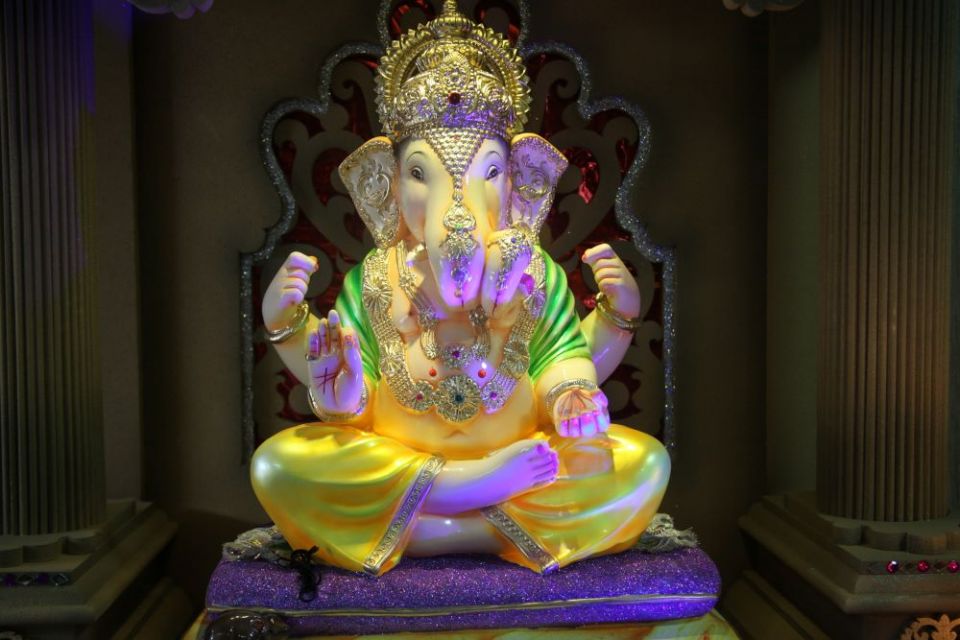 The pandemic has upended the way we live.

I wanted to visit a Hindu temple, to observe a puja — a Hindu ceremony — ceremony for an assignment in a graduate seminar called "Spiritual Paths in World Religions" at the Institute of Pastoral Studies at Loyola University Chicago. I wondered what it would be like to immerse myself in this non-Christian worship ritual, to experience its sights and sounds and smells. But caution about COVID-19 held me back. So, I contented myself with an online visit to The Hindu Temple Society of North America.

The video of the puja begins with a closed red curtain. A voice is chanting. Then someone makes a few announcements in English and Hindi. The same voice chants again. He stops. Then another person chants as the curtain is opened by the priest (pujari). Behind the curtain is a statue of Ganesha, the Hindu god with a man's body and an elephant's head. Hindus revere Ganesha as a remover of obstacles to the soul's spiritual journey. The pujari makes ritual offerings of food to the statue. As the offering continues, another voice takes over the chanting.

I watch and listen. Although I can't understand the language, I find its tone uplifting. I recognize the word, "Aum." The way "Aum" is chanted reminds me of the way "Amen" is spoken or chanted in Hebrew prayers.

As the puja continues, the curtain in front of the statue of Ganesha, standing in what I think of as the tabernacle, is closed and then opened. As I take notes, I think that there is something inspiring and satisfying about seeing a religious observance done well. The pujari waves a short-handled stick with flowing tassels. I watch this intricate ritual, wondering what it all means.

It’s then I realize I am doing this all wrong. I am observing, taking notes like a field anthropologist. I am drawing parallels to Christian and Jewish practices.

I am distancing myself.

I am not part of the puja.

And something wonderful happens. I am entranced, mesmerized. Ganesha's eyes seem to stare back as the chanting wafts over me. I slide into its rhythm. One voice, then another, then two together. Not trying to understand. Just breathing. Just being.

Silence. I am startled.

The two voices begin a new and joyous chant. Is that a bell tinkling?

The statue of Ganesha.

The chanting. The distant dance of bells.

For a moment, the eyes of Ganesha are all that exists, all that is there in my world.

As the puja ends, I am still staring into Ganesha's eyes.

The short answer, in Christian terms, is that I experienced a moment of grace, even as it was in a non-Christian setting. I know that experiencing the divine cannot be confined to a Christian box. But I must find a deeper answer that goes beyond imposing Christian theology and values on a Hindu puja.

I must find a deeper answer that goes beyond imposing Christian theology and values on a Hindu puja.

Satguru Bodhinatha Veylanswami, a Hindu monk, writes that puja is literally "adoration." As a Catholic Christian, I am familiar with adoration of the Eucharist. While not a regular practitioner, I have found contemplation of the Eucharist prayerful and spiritually moving.

Still, I am looking through my Western, post-Enlightenment, postmodern, Catholic Christian lens. Throw in a Master of Arts in Pastoral Studies degree and pursuit of a Master of Divinity for good measure. How can I let go of this consciousness?

Many may say that I can't. But that response is too facile.

I have a provisional answer and that is to intentionally put to one side, as best as I can, my baked-in consciousness. And that means to approach the puja on its own terms, to not make comparisons between Christianity or Judaism and Hinduism, but to approach as a seeker, a quester. To be there. To let it happen.

Temples are transformative! Visiting a Hindu temple, receiving darshan [which Stephen Prothero defines as “to see and be seen, to gaze at their beloved gods and to be gazed at lovingly in return.] from the majestic Gods of our religion, can altogether change the life of a worshiper. It alters the flow of the pranas, or life currents, within his body. … It adjusts his beliefs and the attitudes that are the natural consequence of those beliefs. But the change is slow. He lives with the experience for months and months after his visit to the temple. He comes to know and love the Deity. The Deity comes to know and love him, helping and guiding his entire evolutionary pattern.

To gaze, to see, to be seen through the eye of the soul. Darśan (sometimes spelled darshan), taken as an intentional step, may itself be transformative, even if only for the duration of the puja. If nothing else, it’s a start, a groping towards an understanding of Hinduism on its own terms. If I approach the puja with darśan, with faith and care and reverence, then perhaps I can put myself into the proper mindset. As Diane Eck writes, "When Hindus go to a temple, they do not commonly say, 'I am going to worship,' but rather, 'I am going for darśan.' "

Some may still object and claim this is impossible. I disagree. Why do people read novels? It is to slip away from who you are, to be immersed in a story that is not your own. Good writing makes you want to know what happens next. Good writing can make you identify with a character. Great writing makes you be the character, so that you are experiencing the character’s experience. Is it all in your head? Of course. Nonetheless, it is real. If it is true that as we read the text, the text reads us, then we may walk away from the text a changed person. The story that was not our own becomes our own.

I go for darśan and watch the puja again, tamping down my conscious mind, leaving myself open for the experience.

And I stare into Ganesha's eyes.

A great feeling of peace comes over me as I surrender to the puja.

For the moment, the story becomes a little more my own.

The pandemic has upended the way we live. Yet even a pandemic cannot stop our seeking, our questing for signs of the Divine. 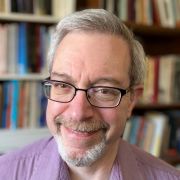 Art Blumberg is pursuing a Master of Divinity degree at the Institute of Pastoral Studies at Loyola University Chicago. He holds a Master of Arts in pastoral studies from the same institution.