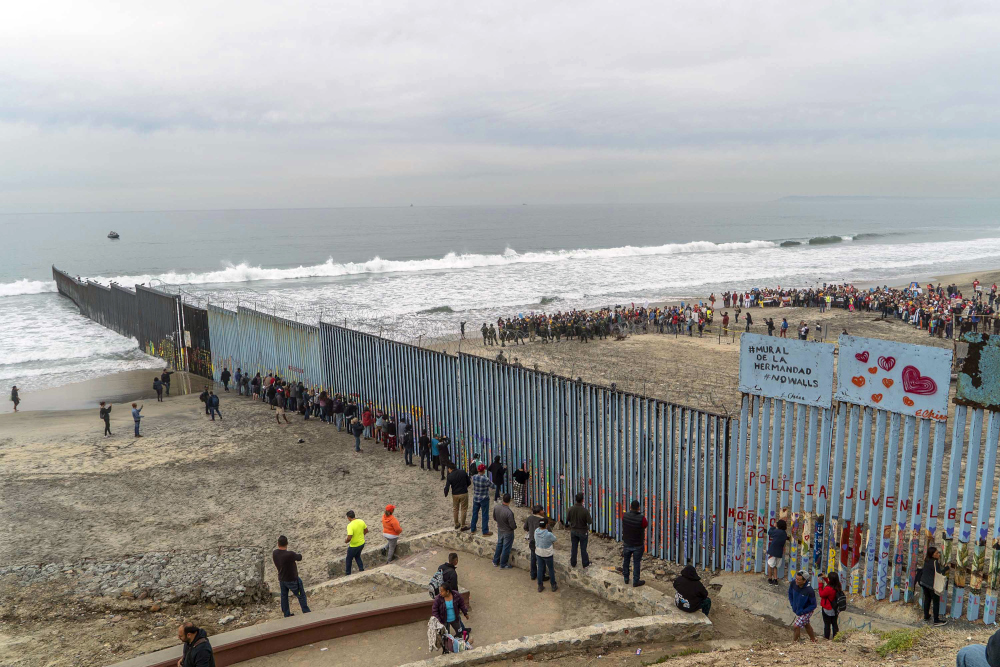 People protest against U.S. immigration policies on the American side, right, of the Mexico-America border near Tijuana on Dec. 10, 2018. (RNS/Jair Cabrera Torres)

Catholics across Southern California are being called to pray for immigrants at a special Mass on Sept. 7 amid a contentious immigration climate that has seen children separated from their parents at the border and Mexican nationals killed in a mass shooting in Texas.

It is the eighth year that the Archdiocese of Los Angeles has held the Mass in Recognition of all Immigrants, but Archbishop José Gomez noted in a statement that this year’s service has particular relevance.

"In light of the tensions in our country and the mass shooting in El Paso, Texas recently, we pray especially this year for the grace to help our society see our common humanity," said Gomez, who will preside over the Mass at the Cathedral of Our Lady of the Angels.

Thousands of people are expected to attend the Mass, which is being held in collaboration with the Dioceses of Orange, San Bernardino and San Diego.

Isaac Cuevas, director of immigration and public affairs for the archdiocese, said that although immigration has always been a topic of human dignity within the Catholic Church, it has become a more prominent issue in recent years.

The Mass, he said, is an "opportunity for us to demonstrate through our faith and set an example for what it means to support our immigrant brothers and sisters."

For Jennifer Hughes, a University of California Riverside associate professor who focuses on the history of Latin American and Latino religions, "The question is how does this mean something different this year?"

"To me, on the outside it means something different this year because the backdrop is this escalation of anti-immigrant language and anti-immigrant sentiment on our national landscape," she said. "Maybe in this political context to have any celebration of immigrants is itself a kind of progressive statement."

For the Catholic Church, immigration is also a question of filling the pews.

"The Catholic Church in the Los Angeles area and in Southern California really is a church of immigrants. … Whether they’re Mexican or Central American or Vietnamese," said Hughes.

Across the state, 55% of Catholics are immigrants and 67% are Latino, according to the Pew Research Center.

Some observers are interested to see which immigrant groups show up for this year’s Mass. Given the recent tragedy and the White House’s focus on the U.S.-Mexican border, Saturday’s crowds may skew toward those who hail from Mexico, or Central America.

Some Asian immigrant groups may not see themselves as part of this immigrant narrative, Hughes said. She also highlighted the diversity within the Latino immigrant community, noting people from Peru, Mexico and different Central American countries.

"There are sometimes tensions between those Catholic communities. Inside a single parish there can be tensions.

"It’s about who controls the parish. Who has more power to occupy shared spaces and host community events. Who has more influence with the priests. … Whose national Virgin image gets pride of place in the sanctuary," Hughes added.

Lily Nguyen-Ellis, 52, is a Vietnamese immigrant who will be participating. She’ll be joining a group of about 15 people who on Thursday will begin a three-day, 60-mile walking pilgrimage in Orange County that will end Saturday just in time for the Mass at the cathedral. They’ll rest and sleep throughout the way.

Nguyen-Ellis’ parents were raised in the French territory of New Caledonia and left for the United States after her Vietnamese grandparents endured slavelike conditions there, she said. Her grandparents left Vietnam to work in New Caledonia, she said.

Nguyen-Ellis said her parents came to the U.S. on a visa that expired. She was eventually sponsored to become a legal permanent resident but said she knows what it feels like to be in the country illegally.

"I do understand the fear," she said.

She’ll be joining Emiliano Leonides, 37, who has participated in this pilgrimage for the past five years. 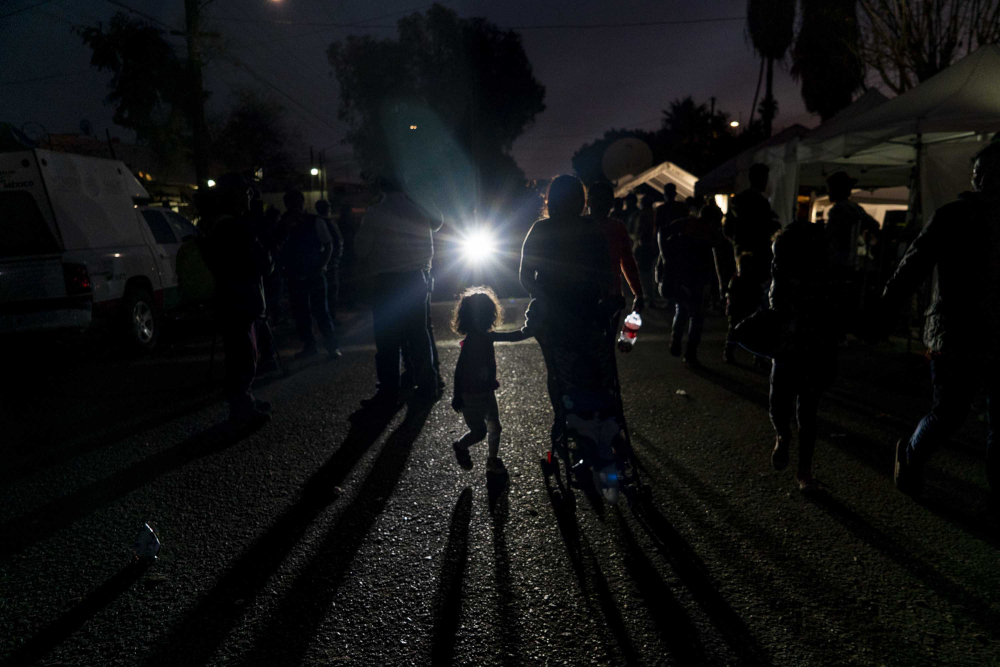 A Honduran girl walks with her mother through the streets of Tijuana, where they have been staying while trying to get asylum in the U.S. (RNS/Jair Cabrera Torres)

An immigrant from the Mexican state of Guerrero, Leonides said he takes part in this annual event "not as a form of protest but to reflect and pray." He said it’s an opportunity for people across Southern California to unite in prayer.

"We want to send the message that immigrants be respected. … We don’t want separated families," he said.

During the Mass, community leaders who have advocated for immigrants will be recognized.

Ana Grande, an assistant dean at Mount St. Mary’s University, is one of them. She’s the niece of Jesuit priest Rutilio Grande, a prominent figure of El Salvador’s progressive Catholics who was assassinated.

Throughout the years, Ana Grande has worked to improve health care access to underserved and immigrant communities. Most recently she’s been part of a delegation that collects food, toiletries and clothing for immigrants waiting in Tijuana.

"Just the very fact that the archdiocese has joined together in this process in celebration, really speaks wonders because we really don’t do this often. It’s the one time of the year that these dioceses come together," Grande said.

Immigrants, like Daniela Luna, will also give testimony about their journey to the U.S.

Luna, 20, from the Mexican state of Durango, entered the country as an unaccompanied minor about four years ago to reunite with her mother in Los Angeles. Luna immigrated with her younger brother, whom she was separated from during their trek north.

She eventually reunited with her brother and mother in Los Angeles and has graduated from a Catholic high school through the help of a scholarship the archdiocese helped arrange. Luna received legal representation through an immigration task force that includes the four dioceses in Southern California.

Asked what she plans to say at the Mass, Luna said she wants the public to know that immigrants are "hard-working people who are here to move their families forward."