My parents opened the door to the unmerited gift of grace 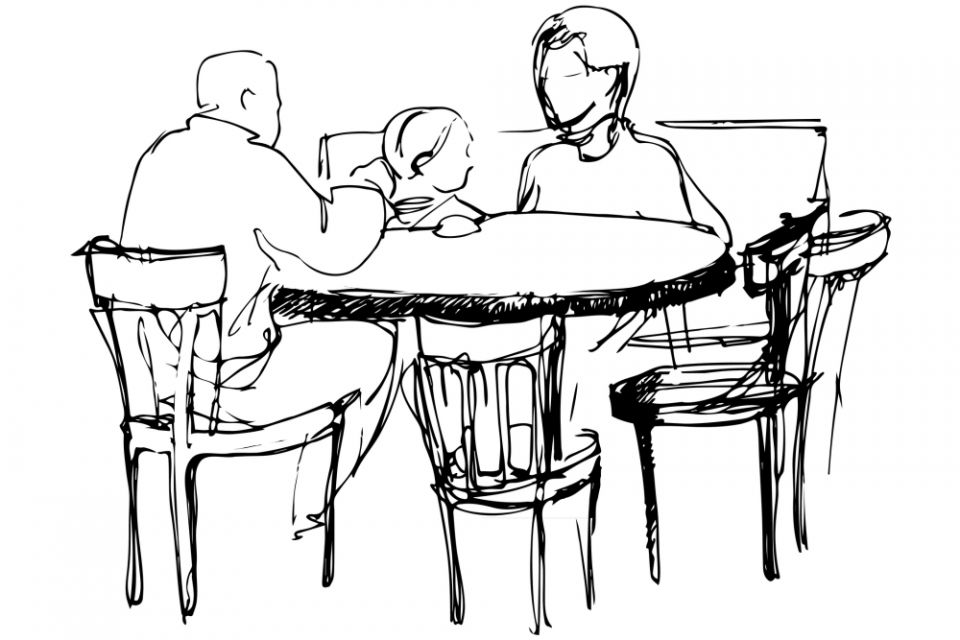 I used to be good at merit-making. Now, merit-making doesn't count as much. It took me decades to learn that life lesson, and my parents were my primary teachers, though neither they nor I knew it at the time.

And I have to earn the grace I need before I go to heaven. Oops, is that going too far?

Merit-making is so much a part of my life that it slips over into my spirituality as well. That's not surprising, since church teaching has also adopted the merit-making theme into its belief system. Remember the old mantra: "Good, better, best, never let it rest till the good is better and the better's best"? That slogan urged us to improve our manners and our moral life, including all the virtues, especially obedience, with the ultimate reward being a merited place in heaven.

I bought into that mantra hook, line and sinker, and I didn't need a lot of bait. I liked to please people, especially authority figures. And when I was growing up, there were a lot of those figures around, in and out of church.

Merit-making is tricky business because there is value and disaster in earning my rewards. Dangling a reward at the end of any effort is enticing and motivating. I went for an extra degree in the seminary because it felt good when I got it, and I figured it would be useful someday. But, doggone it, feelings change and what might be useful sometimes isn't.

In the midst of this reward-centered life, my parents, Spike and Ceal, threw in something that didn't follow the pattern. Oh, they had their rules and rewards, but there was something more. It was more than choking down some brussel sprouts so I could gobble up mom's homemade, double-crusted apple pie. It was forgiveness when my smart mouth went too far, support when I failed a test, continued cheerleading when I lost, understanding when I reversed decisions, and compassion when I hurt.

In other words, they loved me into the gift of grace. It was the pleasant and surprising "more" to my life.

It didn't take right away. I sensed that deeper dimension in our relationship before I knew what it was. The reward-punishment dynamic was so pervasive in life that the extra jolt of acceptance for who I was, not just for what I accomplished, simply felt good, though unnamed and unexplained. I now know that the "more" is grace. While merit-making seemed like the right way to live, the "more" experiences felt more genuinely human.

Other relationships in my life expanded the "more" of Ceal and Spike, but my parents were the first people to usher me into the counterworld of soul seeing, of feeling and being more than a captive of meritocracy. They never talked about it; they just did it. Perhaps like all good parents do.

Even my image of God in those early days grew out of the accepted reward-punishment scheme. God as a stoic, bearded old man keeping records of my good and bad behavior (mostly the bad stuff, more naughty than nice) was a perfect fit for the merit-driven flow of supposed reality.

The catechism I memorized and, later, the theology I learned reinforced this image of a just God who sent his son to die on the cross because I didn't follow the rules, keep the commandments, or obey God well enough. Trying hard to earn my desired rewards, I never knew if I had enough points to make it to heaven or not. Now there's a dilemma worthy of serious worry!

On the other hand, there's the "more" of Spike and Ceal. Unwittingly, they opened the door to the unmerited gift of grace that counteracts and undermines the elaborate and ultimately unsatisfying structures of merit-making. Once I finally walked through that door, I found a nourishing world of love-making, Jesus-inspired compassionate humanity, freedom within vulnerability, unexpected peace, and spontaneous service to others.

It was only then that I also discovered Ephesians 2:8-9: "For it is by grace you have been saved, through faith — and this is not from yourselves, it is the gift of God — not by works, so that no one can boast."

I don't worry about heaven any more. I just try to imitate Ceal and Spike and figure everything will be fine.

[Tom Smith is a frequent contributor to Soul Seeing. He and his wife, Fran, live in Shiloh, Illinois. You can read all of the Soul Seeing columns at NCRonline.org/blogs/soul-seeing.]

The moths have eaten me: reflections on failure, faith and grace