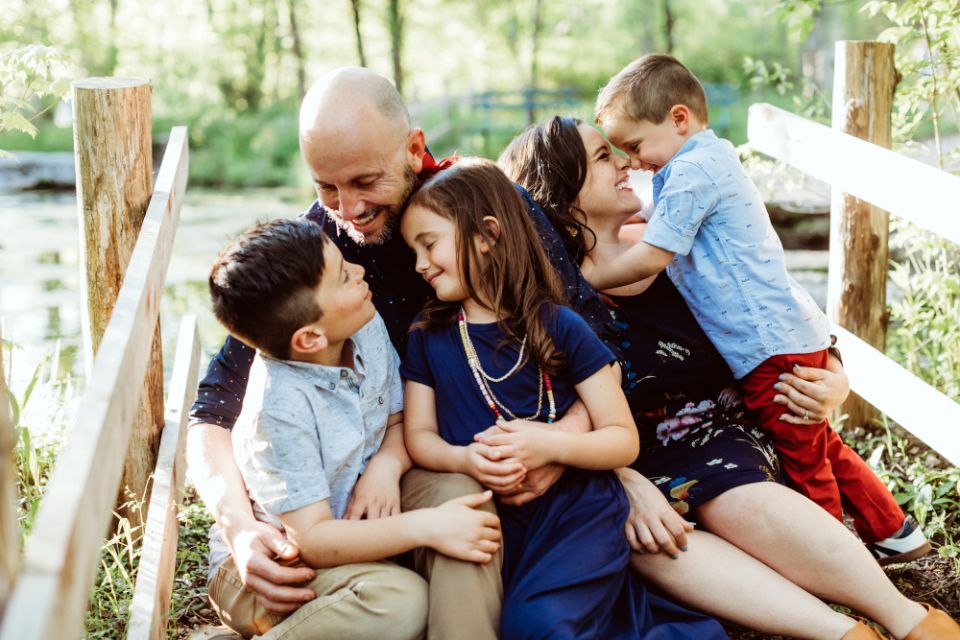 When reading Christian children’s books with his three children, Matthew Paul Turner found himself having to think on the fly.

Turner, who identifies as a progressive Christian, isn’t the only Christian who has shifted from conservative to progressive views as an adult. For many, that means a faith that emphasizes love, social justice and space for questions about the theological ideas they were raised to believe.

And for those who are parents, it means wanting to raise their children with a different view of God and the Bible than the one they grew up with. The problem? Christian children’s resources almost all skew conservative.

So Turner, who has authored a number of books for adults, started to toy with the idea of writing a children’s book.

"I just was like, is it possible to write a book that really reflects love and hope and light — that affirms the child’s personhood and speaks to how God has created this idea for our kids?" he said.

In 2015, after being rejected by 11 publishers, Turner self-published the children’s book, "When God Made Light," a whimsically illustrated book (illustrations by David Catrow) that celebrates the many forms of light — from stars to fireflies — and tells children there is a light in them, too, "an inner God-given spark that grows and will be used to change the world."

When nearly every copy quickly sold, Convergent (an imprint of Random House) picked it up and asked him to write another one ("When God Made You"). Turner has since published a third with Convergent, "When I Pray for You," which recently passed 100,000 copies sold.

The author said he believes he is writing these books "for the kid I was … what I wish somebody had told me about God."

"I was told how much I was a sinner or how terrible I was or how much I needed Jesus to die for my sins long before I realized and understood the concept that God created me, he adored me, (he) made me with purpose," said Turner, recalling a conservative Independent Fundamental Baptist Church upbringing that included a Sunday school illustration of hell that ended in a Barbie doll set aflame. 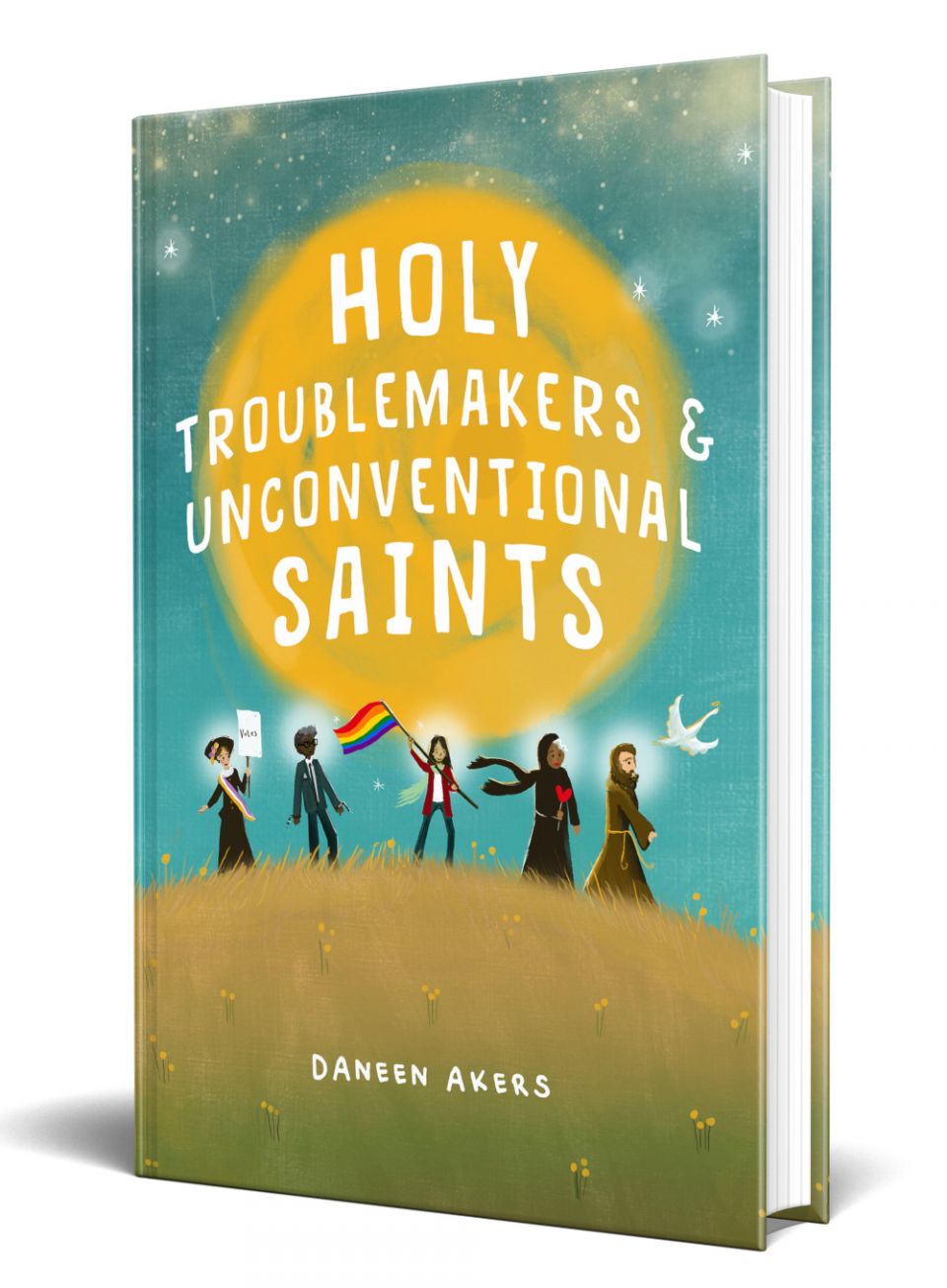 "I just think it’s really important, as progressive people of faith, while we are in the process of finding new ways to celebrate or explore our faith, that we offer something as a foundation to the kids," he said.

Millennials are more likely than other generations to shift from identifying as affiliated with a religious tradition to unaffiliated, according to the Pew Research Center’s most recent U.S. Religious Landscape Survey.

Of American millennials ages 18 to 29, 18% have left religion, and another 20% have shifted to another faith or within their faith tradition, according to Pew data.

And in a 2018 Barna survey, one in five practicing Christian millennials (defined as those who attend church regularly and say faith is important to their lives) said they remain Christian "despite having grown up with a negative example of Christianity." The report, titled "Households of Faith," also noted that this same group is more likely to rely on their spouse or on friends rather than their parents for spiritual advice.

This desire for like-minded community might explain why Cindy Wang Brandt‘s Facebook group "Raising Children UnFundamentalist" has nearly 16,000 members who are all asking similar questions about raising children in or after a faith shift.

Brandt is the author of "Parenting Forward: How to Raise Children with Justice, Mercy, and Kindness" and has a podcast and upcoming online conference by the same name.

"There is such a growing group of people who are going through this process of faith shifting," she said.

"As compared to in the past, where generation after generation, you just kept the same faith … which is beautiful in a way," she added. "But we are here. This is our time. And these are the realities we have to grapple with."

Progressive Christians aren’t a monolith. People can be at different points along the faith shift, and many Brandt encounters pride themselves in an evolving faith that is always open to change.

That can make finding parenting resources difficult. "There’s nothing that will totally fit your need," Brandt said, and she often finds herself giving recommendations with caveats.

Many are looking for children’s resources that represent diversity — including race and gendered language used to describe God. And they want resources that stress social justice.

"Our interest in more progressive books has definitely increased," said Naomi Krueger, an acquisitions editor for Beaming Books, the children’s imprint of the mainline Evangelical Lutheran Church in America’s 1517 Media. That comes as the publisher both releases more books and responds to demand from parents.

As an editor, Krueger said she is looking for books that don’t include "toxic theology, toxic masculinity, patriarchy" or that do show Jesus as a "brown, Middle Eastern man."

"People are not satisfied with the more fundamentalist or pat answers that they might see or things that glossed over lived reality of what they’re seeing in the world," she said. :So they want books that align with their own theology and things they’ve come to believe as adults.

"They don’t want their kids to have to deconstruct later. Why would we give our child something we don’t believe in?"

Krueger, herself a millennial parent of two, described the books Beaming Books publishes as ones focused more on grace and love than on sin and shame. Some may not even mention God or spirituality — but all are rooted in Christian values.

Those are the kinds of ideas author and documentary filmmaker Daneen Akers is looking for, too.

After shifting away from the conservative Seventh-Day Adventist tradition she was raised in to a more progressive Christian faith over the past decade, Akers said there were only five children’s books about faith on her bookshelf that she felt comfortable reading with her two daughters.

That’s why, like Turner, she decided to write her own.

The Kickstarter project she launched last summer to fund the endeavor quickly exceeded its $50,000 goal.

The book, titled "Holy Troublemakers and Unconventional Saints," should be released in time for Christmas, she said. Aimed at middle grades, it will tell the stories of people of different faith backgrounds from the past and present who work for love, justice and kindness.

"Once you’re in that place, you really can’t read your kids the books you had from Focus on the Family or LifeWay Christian Stores," Akers said at the time.

The need these parents feel for children’s resources goes beyond books.

Science for Youth Ministry gathered more than 200 people interested in or involved in youth ministry for a conference last year called "Jesus Rode a Dinosaur and Other Silly Tales" aimed at helping them better discuss science with students. The organization has also created a video curriculum for church youth groups that takes a different approach than creationist materials published by ministries like Answers in Genesis.

Adam Walker Cleaveland, who grew up in a conservative Christian home and previously served as an ordained minister in the mainline Presbyterian Church (USA), saw a need for different kinds of materials for children’s ministries and families of young children.

In 2015, Cleaveland launched Illustrated Ministry to create those resources, including coloring pages and posters, worship bulletins and children’s ministry curriculum. Since then, it has grown into an intergenerational ministry, producing coloring materials for all ages. 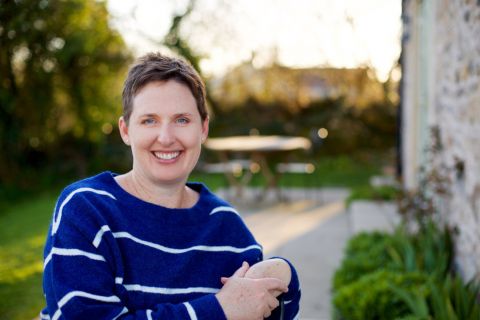 Oftentimes, people end up taking the well-packaged conservative resources that are readily available and "tweak it a ton," he said.

"We are really creating the things we always wish we had, and that is just constantly what we hear from our customers — that it’s so hard to find children’s stuff that is progressive," he said.

"It’s about creating safe spaces for theological reflection that really doesn’t shy away from, but embraces, mystery and imagination and doubt. It’s not about trying to instill certain facts or to make sure the kids learn the right way to interpret certain Bible stories."

He said he and his team occasionally will hear from more conservative churches who won’t use some materials like the curriculum based on the Lord’s Prayer — because it begins with the gender-neutral "Our loving God" rather than the traditional "Our Father."

Gendered language is something the Illustrated Ministry team tries to be aware of, he said. Ableist language, too. And they’ll never depict Jesus as white.

As a company independent of any denomination, Cleaveland said, "We can speak out and have a progressive voice to people who are looking for that in issues of gun violence and immigration and LGBTQ issues." It can offer a different picture of who God is and what God cares about.

More often than criticism, he said Illustrated Ministry receives emails expressing gratitude for its resources. People are thankful to have a company that cares about the same things they do and "is willing to take a stand."

"I think that’s important for us to be able to speak into that space," he said.

Turner now is working on his next children’s book, "When God Made the World," which will release in January 2020 and offer a different picture of creation.

"When I think about the things I want my kids to know about God, it’s so foreign from what I experienced as a kid," he said.

The author said he wants to hold true to the scripture that has been so important to him his whole life. He also wants to make space for the Big Bang.

And he wants to leave the door to faith open for his own children to walk through.

"I just consider a cracked-open door to be grace — to just leave room for belief and a faith and curiosity and knowledge to have some room to grow and to not fear that," he said