Fourteenth Sunday in Ordinary Time: An amen to prophecy! 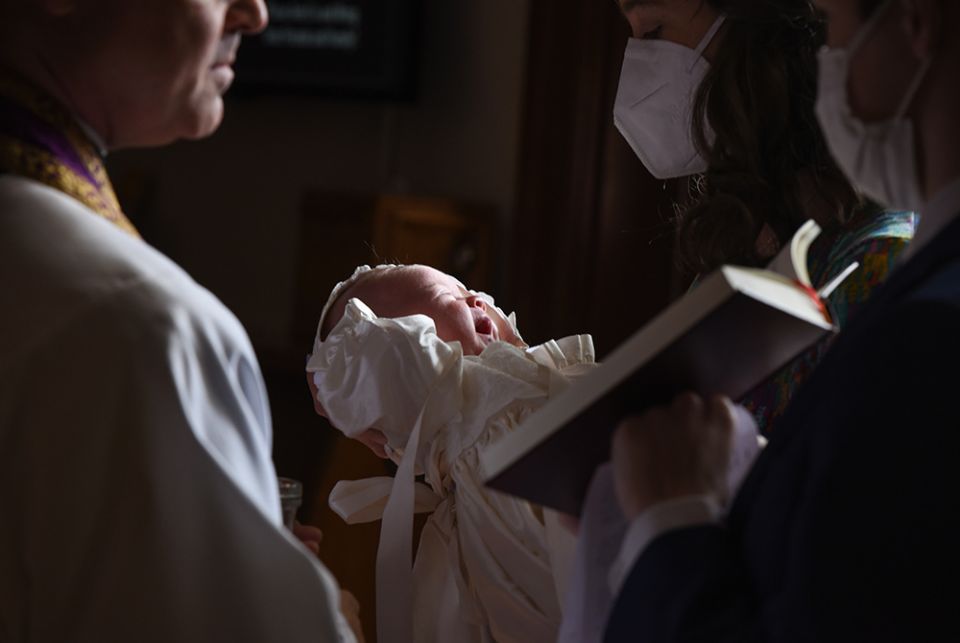 I thoroughly enjoy watching baptisms, and two things stand out as I do so. The first is the wonderful absurdity of parents' answer to the question, "Do you clearly understand what you are undertaking?" The ritual directs them to respond, "We do." In reality, they can't possibly understand it! They have hopes, dreams and a fountain of love outpouring, but their child is a mystery and what the next 20 years will bring is as unfathomable as God's imagination. The second amazing thing is that their child is anointed to be like Christ: priest, prophet and king. That's a lot of expectation to put on a 9-pound bundle of humanity.

So, what are we doing when we baptize our children or accompany adults through the Rite of Christian Initiation of Adults? What do we hope it will mean for them to be Catholic? In 2021, political scientist Ronald Inglehart published Religion's Sudden Decline: What's Causing It, and What Comes Next? One major part of his thesis is that religion serves a vital purpose when societal life is very precarious, thus, secularization grows as populations can begin to take survival for granted. Inglehart supports his theses with impressive statistics reflecting a significant decline in religious practice in first-world nations since 1981. Are we baptizing people into an increasingly irrelevant and disappearing tradition?

What would happen if we invited the three religious experts of today's readings to converse with Inglehart? Ezekiel of Jerusalem, Paul of Tarsus, and Jesus of Nazareth's reflections portray the prophetic vocation as anything but a source of security.

The opening words of today's first reading demonstrate the precariousness of a prophet's life. Ezekiel says, "The LORD spoke to me and the Spirit entered into me." The minute that happens, a person can kiss their ambitions goodbye. The Spirit of God is not interested in advancing a prophet's chosen career or economic situation. The untamed Spirit of God has plans for humanity; prophets who accept the call to publish them will enjoy the same popularity as the Spirit who inspires them to speak. In other words, people with the will and power to protect their privileges will unite to reject and silence the prophets. Just ask Ezekiel, Paul, Jesus, the Rev. Martin Luther King and a host of others who allowed the Spirit to work through them.

St. Paul understood this from another angle. Obviously a highly successful preacher, teacher and mystic, Paul suffered from some disability he could not control, an unexplained defect that was public and embarrassing enough to humble him. It kept him aware that his gifts were not for his own aggrandizement and that it was only when he relied on God rather than himself that he would be able to accomplish his mission. It is worth meditating on what it took for a proud, passionate intellectual to conclude that "when I am weak, I am strong."

In today's Gospel, we hear about Jesus' first prophetic mission at home. As soon as he preached, the neighbors began to question his authority. Their response confirmed the fact that God can only give what people are open to receive. Unfortunately for prophets, their vocation is not to tell their people what they want to hear, but to remind them of God's hopes for them and for the world.

Perhaps on hearing Inglehart's thesis, Ezekiel, Paul and Jesus might see the decline of the kind of religion he describes as a good and necessary thing. The message of these prophets had little or nothing to do with security. Rather than promote institutional religion, prophets call others to faith: faith in God, faith in themselves, and faith in the invincible power of self-giving love.

Inglehart's religions on the decline may be variations on Marx's religion as opiate of the people: the turn to God motivated by fear, danger and a search for protection and security. Jesus preached audacious faith. He calls his disciples to demonstrate that the reign of God is at hand. He invites us to risk co-creating a just and loving society. Jesus showed that the goal and ultimate joy of life is to live in union with God and one another, and that those who give their lives away will discover the fullness of life.

Instead of offering comfort and safety, our faith puts great expectations on us. Baptism calls each of us to be prophetic, priestly heirs of the creator of the universe. None of us can imagine what will be required of us and it would be absurd and ruinous to think we could fulfill it by ourselves. But according to Christianity we, vulnerable bundles of humanity that we are, were created susceptible to God's indwelling Spirit and the power of Christ.

It's wonderfully absurd, so let us make the sign of the cross and say, "Amen!"

This story appeared in the June 25-July 8 print issue under the headline: An amen to prophecy! .

Column | Fourteenth Sunday in Ordinary Time: An amen to prophecy!

'It's always darkest before the dawn'

Earth and Spirit: The Lenten paradox