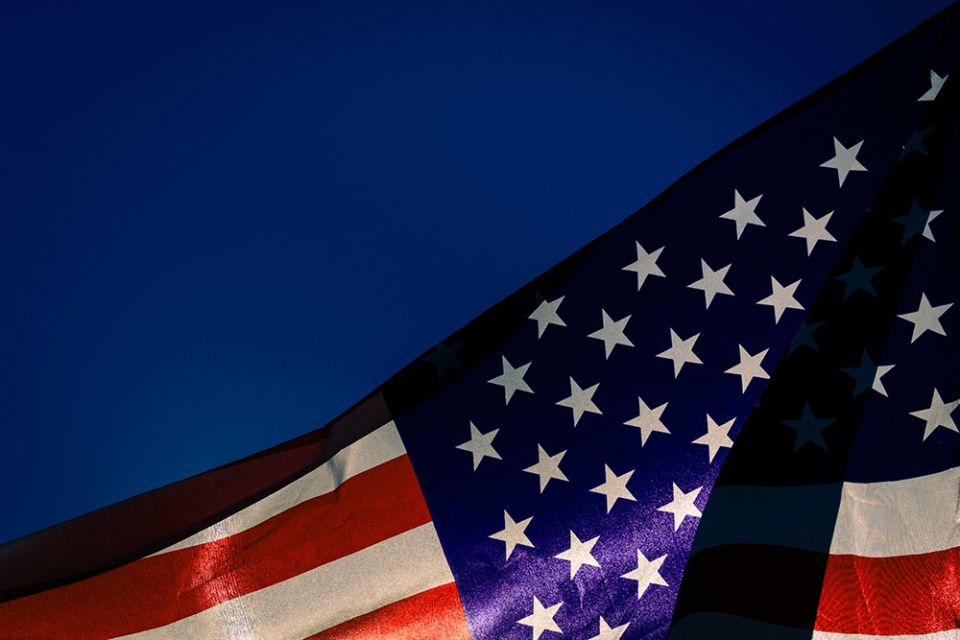 How good to be the chosen ones! As the United States celebrates Independence Day, we revel in our founding myths. Colonial preachers described their American venture in biblical terms, calling our early settlements a City on a Hill; they painted the nation-in-the-making as the new Israel, chosen by God, a New World alternative to the wearing-out European monarchies. Abraham Lincoln told the nation that we were "conceived in liberty and dedicated to the proposition that all men are created equal."

In hindsight, we realize that those ideals, like so many human endeavors, were as flawed as they were lofty. The founders' dream of equality applied to white males. The image of being a new Israel was corroded from the start by the fact that instead of fleeing slavery, early settlers bought and sold slaves and treated the Native Americans and their cultures with contempt — all for their own gain.

While Israel also had moments of high nationalism and pride, they remembered that those moments led to their downfall. What we hear from Isaiah today is written to the exiles whom God had just accused with these words: "I was ready to respond to those who did not ask. I said, Here I am, here I am, to a nation that did not invoke my name" (Isaiah 65:1).

Perhaps the biggest difference between us and the chosen people is that we write our history as one of heroic victory and manifest destiny while they wrote theirs as one of sin and conversion. It's easy to think that God is with us when we win anything from wars to ballgames but our Scriptures challenge us every time we promote an image of God leading the conquerors.

On this Fourth of July weekend, Paul's letter to the Galatians, nicknamed the gospel of Christian freedom, challenges us with an image of power and glory that undercuts all sorts of pride.

Paul's voice booms humbly through the Scriptures, saying, "May I never boast of anything but the cross." According to Paul, no attempt at virtue can make us worthy of God's love and grace; those are ours free and unmerited. As with Israel, Christ came saying, "Here I am" to people who too often wanted something else. God took flesh to identify humbly with us while we seek a God who conforms to our ideals of power and might.

Jesus spent his life in mission to give living witness to God's vulnerability and noncompulsory interaction with humanity. Thus, when Jesus commissioned the 72 disciples (an image of all the apostles who would come after), he sent them "as lambs among wolves."

Jesus sent his disciples to serve, equipped with nothing more than the Gospel message of the reign of God. They were to demonstrate that the reign of love is the only future worth working for and the only one that will last.

In order for the disciples to understand the message they were preaching (one always learns best by teaching), Jesus insisted that their gift to others be couched in poverty. As unshod missionaries without money or provisions, they needed bed and board at the same time as they sought new homes for their message.

In Jesus' methodology, the missionaries could not preach their message of mutual love and vulnerability unless they were living it and learning from it from moment to moment.

To everyone's amazement, their mission succeeded. Jesus told them that he had seen Satan fall like lightening — a vivid image of how effectively they were undermining the coercion and competition rampant that reigned in their day (and ours). That was also a warning — a fallen Satan will get up again.

Of course, their first missionary journey was but a practice round. Even after doing it over and over, they would comprehend its depths only through the experience of Jesus' death and resurrection.

What are we to take from these readings on this holiday weekend?

We need to pay attention to how countercultural our Gospel is. We may live in the "most powerful nation on earth," but the might of our country has very little to do with the vulnerable, noncoercive character of divine power.

Jesus sent his disciples out without snack packs, credit cards or hotel reservations. In our version of that type of vulnerability, we are called to give humble witness to the Gospel of peacemaking, solidarity and justice for the marginalized in a society filled with violence, individualism and private privilege. Suddenly, being chosen begins to sound more dangerous than special.

Like our ancestors, we are called in spite of our flaws. Sometimes we will knock Satan down; sometimes we will fall. But if we remember who has chosen us, we won't need to worry about the wolves.

Column | Fourteenth Sunday in Ordinary Time: We are chosen to be vulnerable

To my son on his first Communion day

Poll: Only 50 percent of Italians call themselves Catholic

Feast of Christ the King: Images of our savior