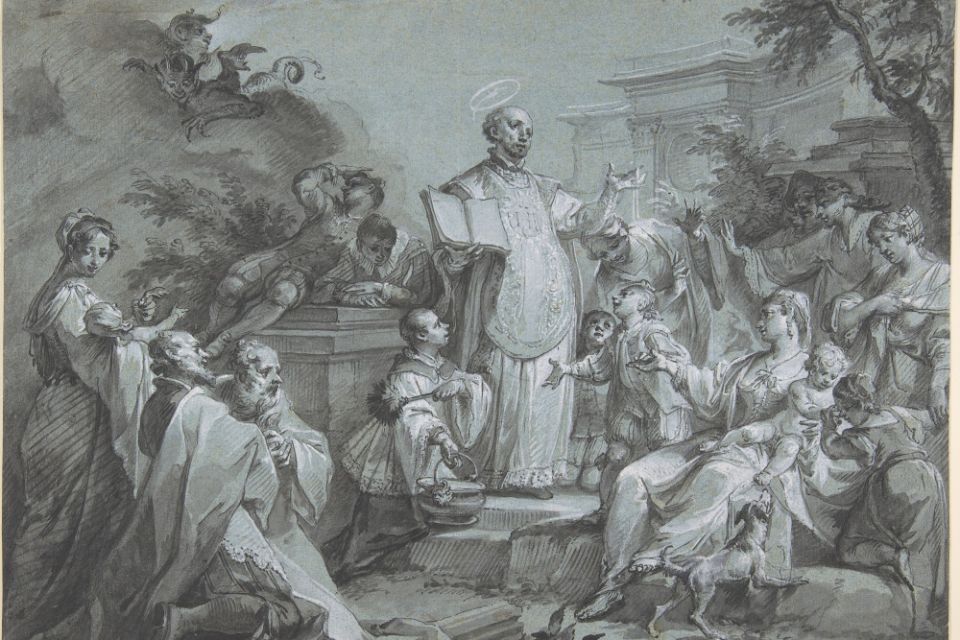 It sounds like a fairy tale. God appears to Solomon in a dream and offers to give him anything he desires. In the fairy tales, there's always a price connected with wishes granted. Sometimes it's terrible, sometimes comic, but it always entails coming to grips with the truth of one's life.

For example, a peasant couple was offered three wishes. Without thinking, the woman says, "I wish I had a sausage." It appears.

Her husband, furious that she wasted a wish on one little sausage, thunders, "I wish it were stuck to your nose." Voilà, it happened.

Much as they might have wanted something extravagant for their third wish, they finally agreed that she couldn't live the rest of her life behind that sausage. They wished the sausage away and everything went back to normal, except that they understood their love for one another much better.

The moral? "Be careful what you wish or pray for."

It seems that Frank Baum, the author of The Wonderful Wizard of Oz, could well have gotten inspiration from the Book of Kings. Dorothy and her companions on the yellow brick road were each seeking what they already had without being aware of it. When God came to Solomon, the young king took stock of who he was and his vocation. His request for wisdom was ultimately a request to be the kind of king God wanted him to be.

Solomon eventually failed because he lost touch with what he desired to become and followed his cravings for pleasure and power. If he had asked for faithfulness, perhaps his relationship with God would have given him the wisdom and self-control he needed. He might have forgone accumulating the women and weapons that led to his downfall.

Solomon's history leads into today's Gospel. As Jesus comes to the end of the parable discourse we've been hearing for a few weeks, he changes perspectives. Now, instead of describing the kingdom's irrepressible dynamism, he talks about its value and what it costs those who desire it.

Note the key word: desire. So often the morality police assume that desire is wicked, and almost always (watch out for another bad word!) carnal.

On July 31, we'll celebrate the feast day of St. Ignatius of Loyola, a champion of paying attention to our desires as a way to discover God's will and to grow closer to God.

Jesuit Fr. Mark Thibodeaux comments that Ignatius believed that we sin, not because we follow our desires, but because we allow petty or superficial wants or cravings to entice us away from "the great big desires that God has placed in our hearts."

Ignatius would tell us that desire is not wicked, but it is tricky. Look at the first two parables of today's Gospel, where Jesus presents two approaches to the kingdom of heaven.

In the first parable, someone — just for the sake of 21st-century balance, let's think of her as a woman — discovered a treasure no one else had noticed. Note what Jesus says about her motivation: "Out of joy," she sold everything she had and bought the field. She hadn't been combing the beach with a metal detector, but she stumbled on something that could fulfill her desires more than everything else she already had.

In the second case, we're dealing with a connoisseur, somebody who knows his pearls and comes upon one that is absolutely incomparable. He is willing to give up everything else for this one pearl.

These stories describe the vocation to discipleship, what it's worth and what it costs. Jesus never hid the truth that following him is an all-or-nothing deal that will cost us our lives. But the secret ingredient in these stories is joy. The treasure finder and the pearl merchant were anxious to give up possessions they had relished and even their occupations because they discovered something more valuable than everything they had ever acquired or accomplished.

We see their contemporary parallels in the people who make it their vocation to help others during the pandemic. That vocation is the pearl they value more than plans, safety and comfort. It has cost some their lives. It has been fulfilling for them all.

The pandemic experience may shake many others out of a fairy-tale, consumerist world. It challenges all of us to face the question of the truth of our lives. God may not appear to us in a dream, but contemporary experience gives us a vivid reminder that the life we have received is God's gift of the opportunity to fulfill our potential, to do and become what we most desire.

Let us seek wisdom and faithfulness lest we waste it mindlessly on the equivalent of a sausage!

This story appeared in the July 10-23, 2020 print issue under the headline: Fulfilling desire .